KDE Plasma 5.24 is out now and what a beauty it is

KDE has today released the Plasma 5.24 desktop, filled with goodies across the whole thing and this is an LTS release (long-term support) that will continue seeing updates until a final Plasma 5 release after which Plasma 6 succeeds it. The environment that will be powering the desktop mode on the Steam Deck, it's a very exciting time to be a KDE user and no doubt the developers are excited too.

The team said that this release "focuses on smoothing out wrinkles, evolving the design, and improving the overall feel and usability of the environment". 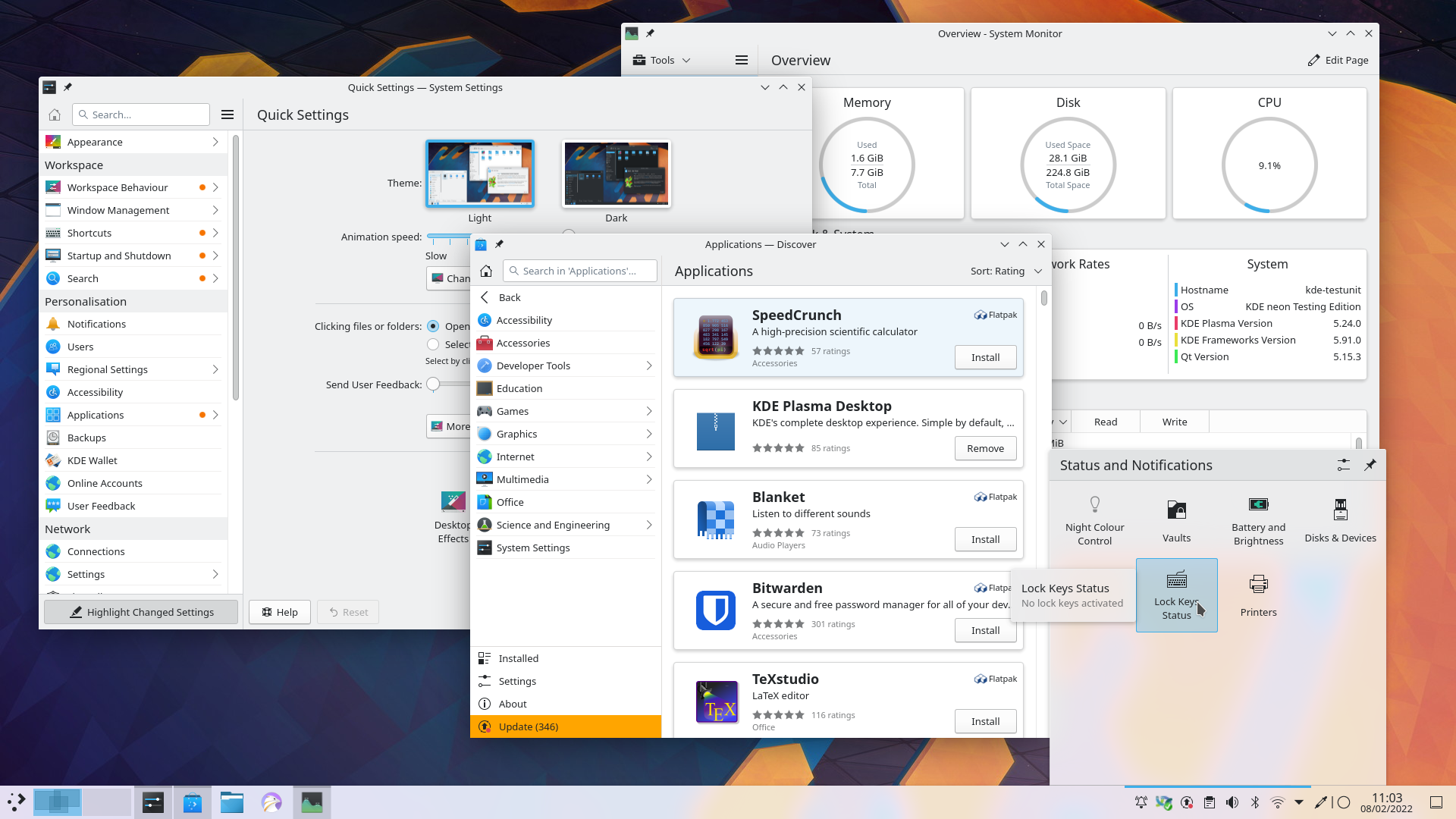 It's quite an important release actually, especially with all the upgrades to Discover (the software installer / updater). Discover is smarter and clearer about error messages, smarter about not letting you break your system by removing essential packages (or Discover managing to remove itself). Lots to be happy about there for users of all skill levels.

On top of that Discover also gives you an option to reboot once updates are done, there's a few UI adjustments to the Update Page to make it less overwhelming and you can now also open and install locally downloaded Flatpak packages too.

A huge addition is the newer Overview mode, which is much similar to how GNOME Overview works. This allows you to get a view of different workspaces, interact with all the various windows and applications you have open in the background and the ability to search your system too. See the short video demo KDE put out:

This Overview isn't quite finished, they say it's technically a Beta right now.

Absolutely loads more new, especially when it comes to Wayland that will eventually replace the ancient X11 system. Wayland + Plasma now supports colours greater than 8bits, better support for VR headsets and drawing tablets, the Spectacle screenshot tool can now access the Active Window mode and there's more keyboard shortcuts across the desktop that now work with Wayland too.

Other random improvements include a faster shut down, a new wallpaper, important notifications now get an orange strip to bring more attention to them and the list of tweaks goes on.

pb 8 Feb
I used and loved KDE 2 and 3, but version 4 pushed me towards other DEs. It will be interesting to revisit it thanks to SteamDesk. 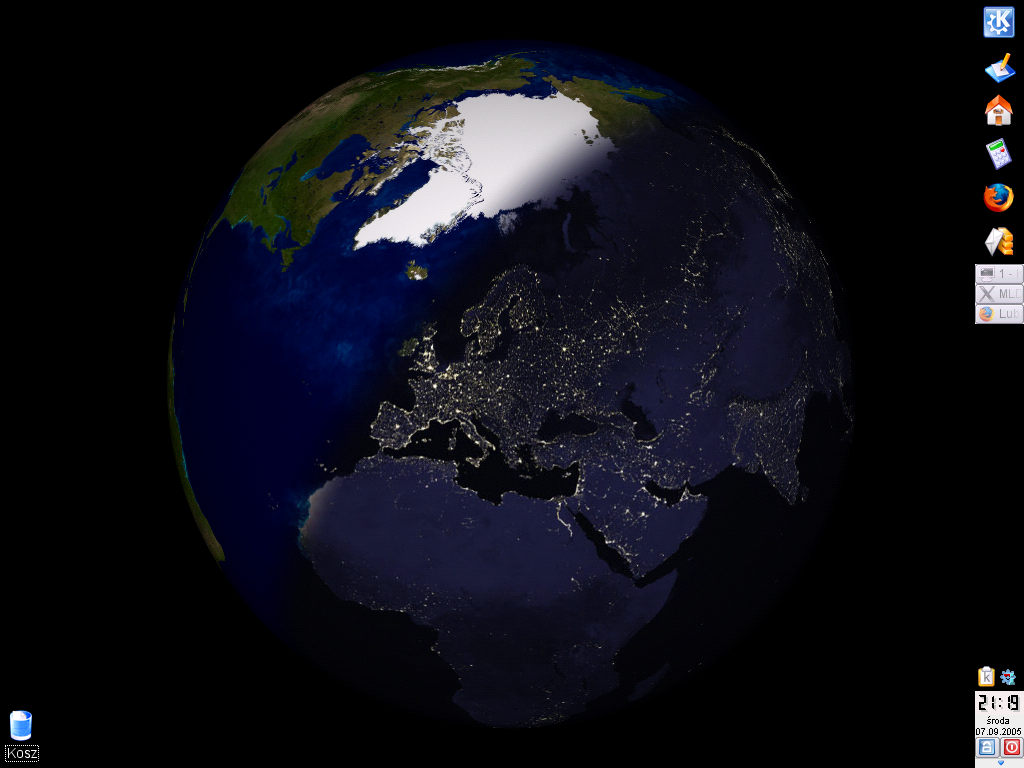 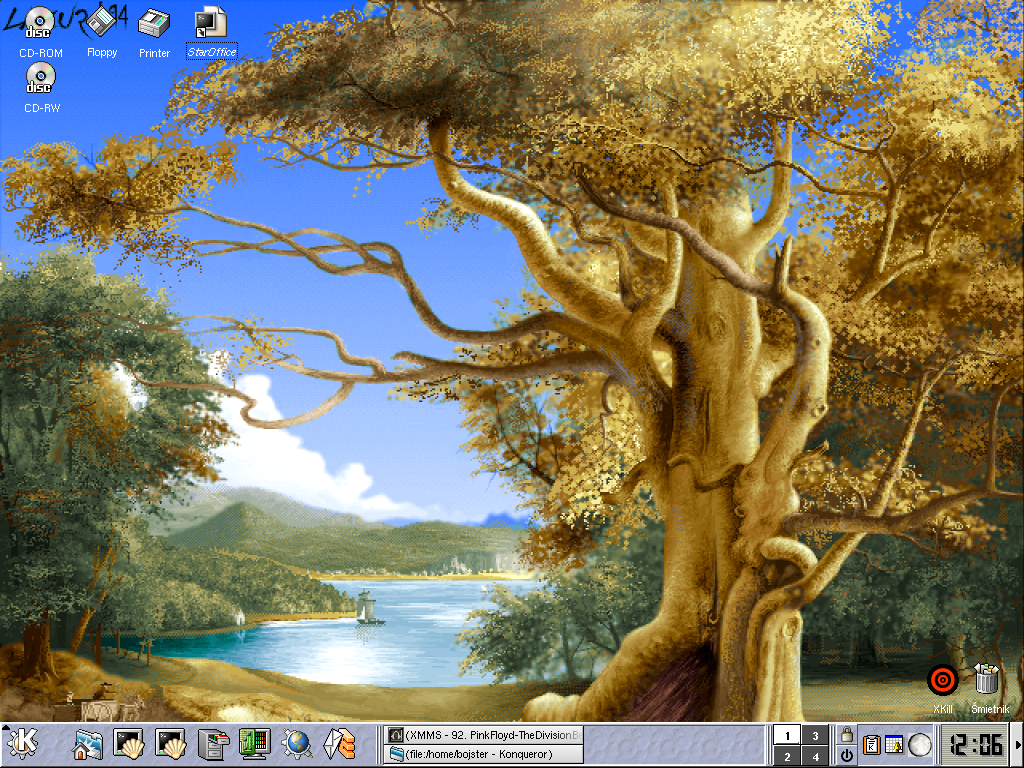 View PC info
Small clarification, this LTS will be supported until the last version of Plasma 5 is released, at which point THAT will become the final LTS of the Plasma 5 family.

View PC info
Plasma is keep evolving, to be even more better with each new release

Keep up the good work, KDE developers!
1 Likes, Who?

View PC info
For me this is the best version yet.

Wayland is finally stable for me. I can turn my TV on and off during the day and kwin doesn't crash anymore. Finally my session doesn't die everytime I turn my TV on or off.

Also the new open and close animations for windows is very sexy.
3 Likes, Who?
Mal 8 Feb

Quoting: pbI used and loved KDE 2 and 3, but version 4 pushed me towards other DEs. It will be interesting to revisit it thanks to SteamDesk.

View PC info
Other big one - under Wayland they now have the concept of a 'primary' monitor like under Xorg, so for multi monitor setups where those monitors are changing (i.e. laptops), it remembers your setup and consistently puts your primary panel on the same screen you set it to when plugging in an external monitor.

Looks like they may have fixed the bug I experienced, too, where a Konsole session would freeze if the monitor it was on (or the dGPU?) powered down while you were away with the screen locked, and just be totally dead when you came back and unlocked it.

I'll need to re-test and see if the DRM leasing support means I can get my Vive running on Wayland, next. That's pretty much one of the last things I keep a Windows drive around for, other than my Xbox Game Pass sub.
5 Likes, Who?

Quoting: pbI used and loved KDE 2 and 3, but version 4 pushed me towards other DEs. It will be interesting to revisit it thanks to SteamDesk.

KDE 4 was very rough, but by 5 KDE's been quite solid again. Heck, even by around 4.4/4.5 it was at least usable again, with steady polish and enhancements since then. Unless you just have a strong preference for the style or workflow of another particular desktop, I think you'll be happy with what you see in modern KDE.
3 Likes, Who?

View PC info
I didn't really look at KDE in years (I always thought that if I'd want an UI that looks and feels like Windows, I could always use Windows), but I am casually in the market for a new DE, as GNOME hasn't made me too happy in the last years, either. Maybe it's time for another look, I dunno?
1 Likes, Who?
1/3»
While you're here, please consider supporting GamingOnLinux on: