Developer Nate Graham has highlighted more recent work for the KDE Plasma desktop environment (the one the Steam Deck will come with) and it's all sounding great.

Continuing their effort to prevent breakage, just like stopping the Discover software centre removing your desktop, Discover now cannot uninstall itself. That's right, previously Discover was able to end up removing itself from your desktop! Now though, it won't as there's new checks in place.

Discover is also seeing something of a UI overhaul now too for application pages. So when you click on something in Discover you're interested in installing, you'll now get clearer information on each app like the size and version information. 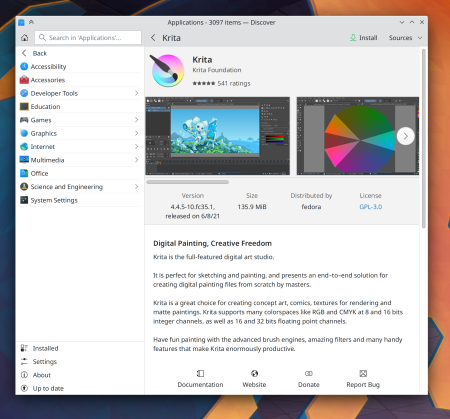 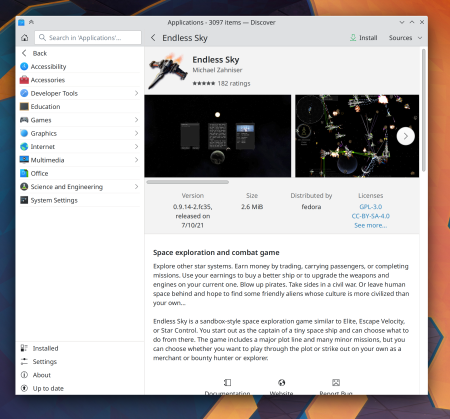 It's really nice to see so much effort being put into Discover, since that is the way users are supposed to find and install apps on Plasma. Even more fixes came in like it no longer crashing when you install or uninstall more than one Flatpak app at once, showing the correct size for "very very large" packages, a better screenshot pop-up for applications when you're viewing their page and the list goes on.

Wayland improvements continued apace too like Kate (the text editor) no longer flashes when you hit Ctrl+S to save your changes and dragging-and-dropping various things to XWayland apps no longer sometimes makes them stop accepting clicks until the system is restarted.

Dolphin (the file manager) improvements coming along too like it no longer crashing if you cancel an archiving job in the middle that was initiated from one of Dolphin’s context menu "Compress" items. The list goes on, as Graham mentions the blog posts only scratch the surface of the working going into KDE Plasma.

We do often include affiliate links to earn us some pennies. We are currently affiliated with GOG and Humble Store. See more here.
About the author - Liam Dawe
I am the owner of GamingOnLinux. After discovering Linux back in the days of Mandrake in 2003, I constantly came back to check on the progress of Linux until Ubuntu appeared on the scene and it helped me to really love it. You can reach me easily by emailing GamingOnLinux directly.
See more from me
Some you may have missed, popular articles from the last month:
46 comments
Page: 1/5»

View PC info
Hope Nate and the team are ready for the onslaught they're going to receive when the Deck starts shipping. Lots of people who have never used Linux, KDE, Discover, Dolphin, Kate, etc, are going to be using their software for the first time, and probably vocal on their feedback of what they like and don't like. It's going to be a lot to digest but should be interesting none the less.
19 Likes, Who?

Yeah, Plasma keep breaking thing on my computer so that I don't have to break them I suppose.
9 Likes, Who?

View PC info
Flashy, fast, and flexible. Yeah, I can see why Valve might've chosen it for the Steam deck.

I'm strangely thrilled that the Discover upgrade will be including version dates. 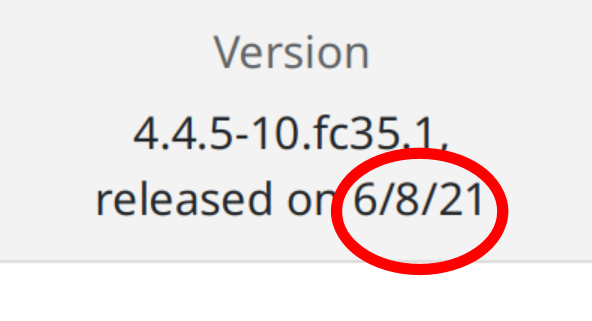 I think knowing a version number may be helpful, but knowing the age of that version is immediately useful when I'm considering a bit of software.

View PC info
I still have Muon around for package management on my KDE system. Discover is nice, don't get me wrong, but it's not as flexible as good old Muon.
4 Likes, Who?

denyasis 5 Feb
View PC info
This just occurred to me ...

I will say, it looks very nice. Kinda has the same vibe as your phone app store, which should be familiar to a new user.
1 Likes, Who?

Quoting: denyasisHow do the DE based UI package managers work? Like are they separate from the system package manager, or do they send in generic command into the package manager? Or perhaps share a backend (like the database)?

KDE Discover and Gnome Software Center use an abstraction layer called PackageKit. PackageKit has implementations for each package manager ie. on Arch (based) it uses ALPM (Arch Linux Package Management library) to interact with system.
6 Likes, Who?
beiju 5 Feb

it updates your themes, so look into it once a month. it should be enough.
0 Likes
no_information_here 5 Feb

Quoting: syylkI still have Muon around for package management on my KDE system. Discover is nice, don't get me wrong, but it's not as flexible as good old Muon.

I still use Synaptic, even though it is a relic now. I don't like all the dependencies being hidden from me, but I understand it would be confusing for new users.
3 Likes, Who?

View PC info
Discover never really worked well on openSUSE for me. It took ages to refresh Flathub with a progress bar locked into 98 % without any movement. It always greets me with a checksum failure. It is a bit sad, as YaST is powerful, but not nearly as nice when browsing for software.
0 Likes
1/5»
While you're here, please consider supporting GamingOnLinux on: