Skul: The Hero Slayer gets a massive overhaul out now

Skul: The Hero Slayer, one of the best sellers on Steam from 2021 recently passed the 1 million mark and a big balancing overhaul update is out now. It's an impressive number for SouthPAW Games, with this being their first published title. Considering the competition for similar side-scrolling action rogue-lites, it's even more impressive.

You take on the role of a skeleton, Skul, with a very unique ability. You can swap your current head for another, gaining the abilities from that head and swap them around during fights. It's actually pretty great, although they've needed some time to get the balancing right on them all. What they've called the Skul Reformation Update is out now, trailer below: 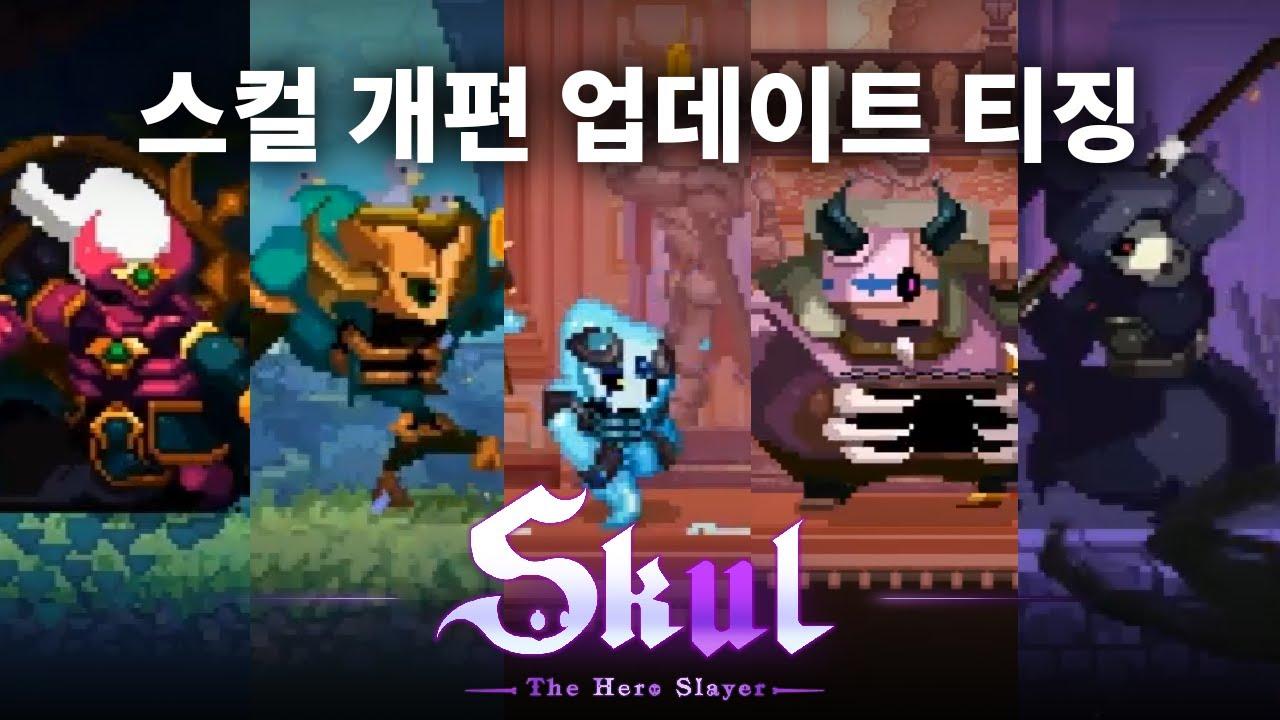 Far too many changes to list here, the gist is that over 20 skulls have been redone with balancing changes and some had a complete mechanical overhaul on their abilities. That plus a large number of bug fixes.

The developer, still, hasn't solved one issue though. The native Linux version has a black screen instead of an intro video and main menu. However, simply adding "-force-vulkan" as a launch option makes it work perfectly. It's quite annoying they've left it so long but the fix is very simple at least.

We do often include affiliate links to earn us some pennies. We are currently affiliated with GOG and Humble Store. See more here.
About the author - Liam Dawe
I am the owner of GamingOnLinux. After discovering Linux back in the days of Mandrake in 2003, I constantly came back to check on the progress of Linux until Ubuntu appeared on the scene and it helped me to really love it. You can reach me easily by emailing GamingOnLinux directly.
See more from me
Some you may have missed, popular articles from the last month:
4 comments
Lambida 10 Feb
While its a shame that many major games don't fix seemly simple issues, I am very glad with the diversity of GNU/Linux games we have so far.

Itch.IO even sells some that are Digital Restrictions free!

I keep showing my brothers (that still dual boot to play big tittles with heavy graphics) that GNU/Linux native games, glitches aside, outperform the same title on Ruindows. They are convinced of that for lighter games, but now are understanding the need for a push for big FPS and MMOs to be designed GNU/Linux first (and suggest players shoot for the better use of their equipment and try playing on a gaming distro).

Thanks for efforts on bringing light on Free, Libre and Open Source gaming.
3 Likes, Who?

Quoting: LambidaItch.IO even sells some that are Digital Restrictions free!

They have been my primary DRM FREE Linux Native store since they opened. I'm also gaming more on android and their DRM FREE APKs are excellent.
0 Likes

View PC info
Sigh
Still getting that black screen at the start, still no DualSense support, and the opening levels are still an absolute ball-ache to the point it's extremely difficult to make any actual progress
And I lost load of upgrades from my previous effort.

This is still #1 on my list of games I really wish I liked more
0 Likes
While you're here, please consider supporting GamingOnLinux on: