Hyperbolica is a new Non-Euclidean adventure out now

Do you love games that might split your brain in half? Hyperbolica might just do that with the mind-bending world design based on Non-Euclidean curved space.

It's a thoroughly quirky adventure, with a layout that's similar to HyperRogue that shares the hyperbolic geometry style to it. However, these are vastly different games. While HyperRogue is a roguelike, Hyperbolica is a story-based adventure filled with exploration, mini-games and more. 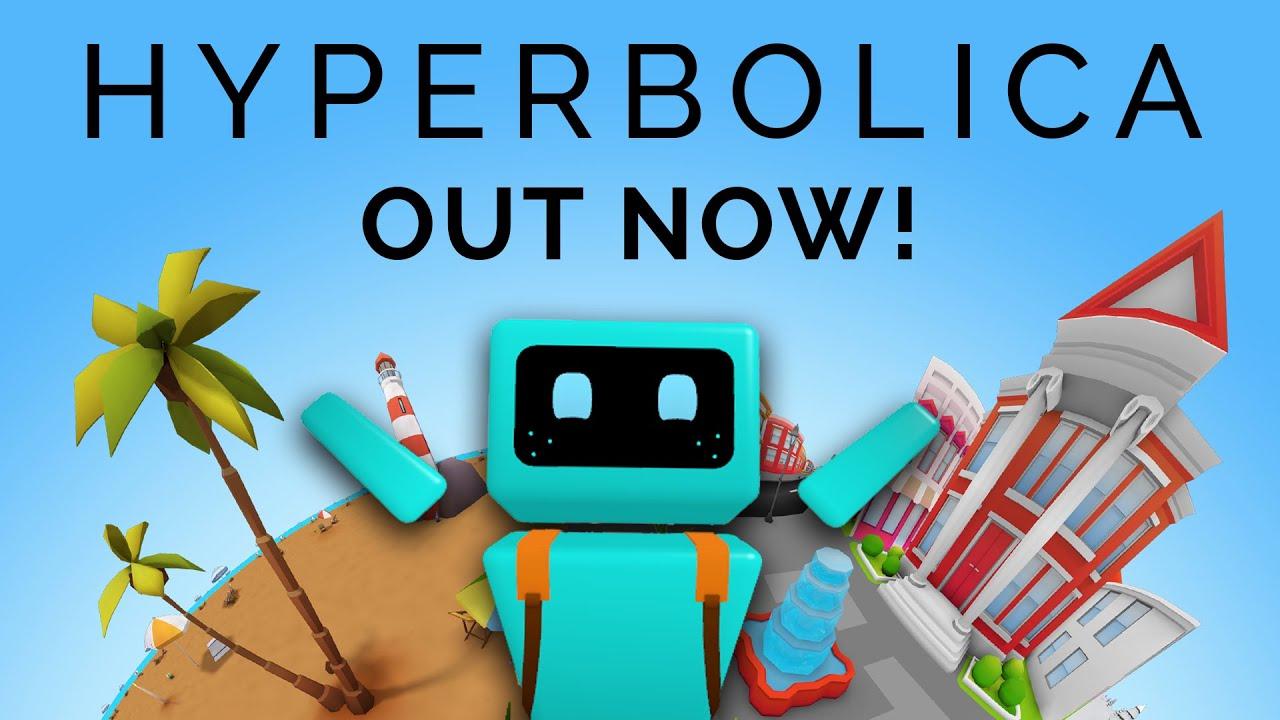 The developer said to expect "With thousands of lines of dialogue, hours of unique gameplay, hundreds of NPCs, puzzles and games galore, and secret achievements, I hope Hyperbolica scratches that Non-Euclidean itch in the indie game community!".

Also in their own words on how to describe the world:

How is hyperbolic space different?
Hyperbolic space allows exponentially more volume to fit in the same 'space' than you'd normally expect. This allows you to explore enormous areas while taking very little time to walk anywhere. You'll find that building a mental map of your surroundings becomes impossible. Lines can no longer be parallel. Traversing the map can result in unexpected rotations. And many more strange consequences that will make you question reality. You'll also explore spherical space, which has the opposite outcomes. For example, a reverse-perspective: Objects appear larger the farther away they are.

It's a difficult concept to explain, and first-hand experience really is the best way to understand and build an intuition about these interesting geometries. Hyperbolica was created specifically for this purpose, to break the mold and to have a fun experience in an alternative universe different from our own.

I enjoyed the basic idea although it wasn't for me as the first-person perspective did actually hurt my eyes and brain a bit. Thinking it might be better in VR, since it advertises it, I tried that out I couldn't get the VR support to work at all. The Native Linux version would only launch normally, and with Proton it just gave a Unity error box.

View PC info
You guys should go check the code parade youtube channel where it shows how it works and was prototyped iirc ?
Also go check Marc Ten Bosch and his Miegakure project, I used to get the 2 people confused.
But so fun diving into non euclidean spaces.
2 Likes, Who?

View PC info
I tried some demo a while back with noneuclidian space - might even have been this one...wasn't really for me. But i think it might be different in VR...so maybe if it gets fixed i'll give it a go xD
0 Likes

Quoting: a0kamiAlso go check Marc Ten Bosch and his Miegakure project, I used to get the 2 people confused.

Someone should give Bosch the Douglas Adams treatment. Have his publisher lock him in a hotel room and don't let him out until he finishes the damn thing!
0 Likes
no_information_here 15 Mar

This looks awesome! I agree that it will mess with your head, but that is the whole point of hyperbolic space.
0 Likes
PublicNuisance 16 Mar

View PC info
This looks like a game in need of a demo. I would either really love it or hate it by the clips I have seen.
0 Likes

View PC info
Seems like enduring the VR mode would make for a good drinking game if you're short on liquor and long on paper bags :D
0 Likes
While you're here, please consider supporting GamingOnLinux on: