Valve and Microsoft teamed up to better support the Steam Deck, with Xbox Cloud Gaming now supported through the Edge browser.

"We’re particularly excited about this ourselves as we feel it can open new opportunities in the Linux gaming community." — Missy Quarry, Community Manage for Microsoft Edge

It must be a particularly cold day in hell for Microsoft to move closer to supporting a Linux system, although it already worked on Linux through Chromium-based browsers so they haven't exactly pushed the boat out. Still, it's a pretty big shift from the old Microsoft wouldn't you say?

There's a Reddit Post (with custom artwork you can use) and a Support Article that goes over the steps needed. It's not quick and easy but it's not overly complicated either. In short:

Over time, this process will get much easier, as Microsoft's Ben Mathwig confirmed on Twitter they are actively working on it all.

So far, it seems a little finicky though. Sometimes the game/store pages won't load, it gives a little ping noise and nothing really happens. Same for loading some games, it makes the ping sound and then…nothing. Not entirely sure what the issue is here, and it could be specific to my Deck somewhere but it's certainly not working as expected right now for me overall apart from the first game I tried. It seems entirely random on what game pages load and what games actually work. Update: if you also face the same problem, clear the Edge browser Cache in desktop mode. Fixes it every time for me. I've been chatting to Microsoft about it, and have given them info on it. Update 2: after my feedback, Microsoft have tracked it down and are working on a fix. Update 3 - 23/03/22: I continued testing for MSFT and they fixed the issue, games all load properly now as the modal to tell you about controls, network and such appears correctly now. 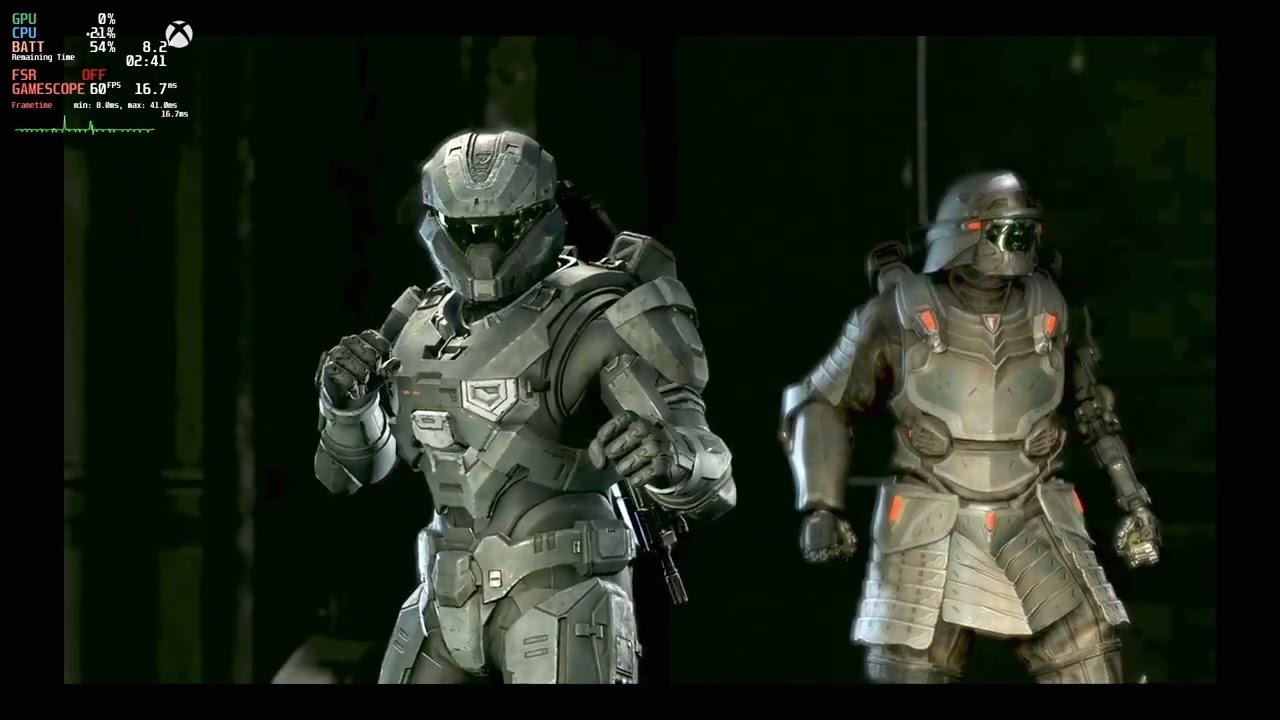 Why is it all needed? Well, Chrome doesn't yet support the Deck controls, which I noted in my original review. So Microsoft have come along to present Edge as your cloud gaming Steam Deck saviour here.

Guess what? It works for Stadia too. I tested it working just fine, you can just change the launch options URL to go to Stadia instead if you wish. Meanwhile, GeForce NOW just complains about an unsupported browser.

We do often include affiliate links to earn us some pennies. We are currently affiliated with GOG and Humble Store. See more here.
About the author - Liam Dawe
I am the owner of GamingOnLinux. After discovering Linux back in the days of Mandrake in 2003, I constantly came back to check on the progress of Linux until Ubuntu appeared on the scene and it helped me to really love it. You can reach me easily by emailing GamingOnLinux directly.
See more from me
Some you may have missed, popular articles from the last month:
53 comments
Page: 1/6»

adibuyono 18 Mar
View PC info
Never though valve will team up. Still, a good way to promote edge 👍🏻
5 Likes, Who?

Spyker 18 Mar
They finally found a use case for Edge on Linux :D
30 Likes, Who?
platinumspoons 18 Mar

Quoting: SpykerThey finally found a use case for Edge on Linux :D

my reaction to xcloud
6 Likes, Who?

Microsoft is huge with a lot of different departments with I guess different cultures (the Azure team certainly also prefers Linux), but still, this is quite a move. I read several Steam Deck reviews and most ended with that the journey to the Steam Deck hasn't ended, but it has just now started with a long way ahead (and also partially a long way to go). May be we are really witnessing a shift in the force, I mean market...

Quote"We’re particularly excited about this ourselves as we feel it can open new opportunities in the Linux gaming community." — Missy Quarry, Community Manage for Microsoft Edge

I'm just trying to picture the reaction of Linux users fifteen years ago if you told them this was a quote from fifteen years in the future. For that matter, you could probably make that five years ago / five years in the future.
10 Likes, Who?
BluEgo 18 Mar
To me this is great news, I have a lot of fun playing games on GeForce now.
The problem though is that Xbox Cloud Gaming is subpar when it comes to playing on the cloud. The picture quality is quite compressed, and the latency is still too high when compared to Geforce Now (which is so good that sometimes I forget I'm not running the game natively).
1 Likes, Who?

Quoting: SpykerThey finally found a use case for Edge on Linux :D

When I encountered that "ping" sound while attempting to launch the game straight from launching edge I had to open the search bar -> search for the game -> click game -> then click play. For whatever reason that works every time.

I can't see myself paying $15/month after my trial ends just for Fable II but in my testing on my home network (gigabit internet) it works quite well on deck.

I really appreciate the integration from MS here though seeing an Xcloud-specific flatpak might be the cleaner way forward.

Laughed out loud in here 😂
4 Likes, Who?
1/6»
While you're here, please consider supporting GamingOnLinux on: