Two big updates arrived for the Steam Deck last night, so let's go over all that's changed as it's quite exciting. Firstly, the main Steam Deck Client update brings some really nice goodies.

I know a lot of people preferred the dual-typing from the original Big Screen Mode, so it's quite pleasing to see Valve add that back in with the new Steam Deck on-screen keyboard. I have to say it looks pretty great in action too. Here's a quick video example with a bonus showing off some themes: 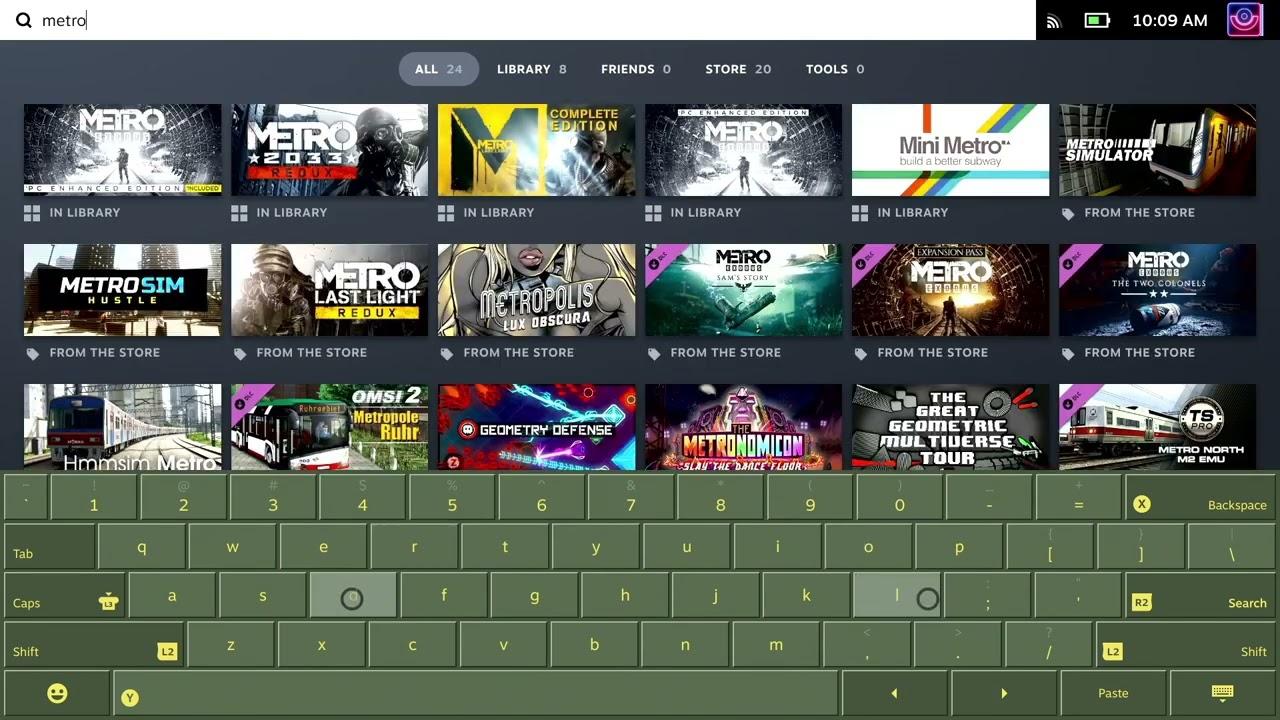 Having that same keyboard in Desktop Mode is also a great idea.

Here's where things get even more interesting though, as there's a Steam Deck OS and BIOS update also available in Beta. Some time ago, I discovered a charging issue with USB-C hubs and reached out to Valve about it. After a bit of back and forth, I ended up finding out that through some hotplugging — charging would work. It turned out that some hubs would pull power from the Deck, instead of a charging wire, and so you needed to plug the power into the hub first, then put the hub into the Deck. Valve were great on this, and they even picked up my exact model to reproduce it on their end. Doing some repeated testing today, it does seem to solve it.

To get the OS + BIOS Beta, you need to opt into the Beta channel on the Steam Deck in the System settings menu (down near the bottom).

About the author - Liam Dawe
I am the owner of GamingOnLinux. After discovering Linux back in the days of Mandrake in 2003, I constantly came back to check on the progress of Linux until Ubuntu appeared on the scene and it helped me to really love it. You can reach me easily by emailing GamingOnLinux directly.
See more from me
Some you may have missed, popular articles from the last month:
5 comments
Maximilian_Korber 31 Mar

View PC info
Having loaded the update: These keyboard changes are really great. Didn't expect that much of an impact, tbh.
4 Likes, Who?

View PC info
Pretty sweet update! I love the double touchpad keyboard, it's so much better.
Also the BIOS updates are lovely
0 Likes

View PC info
I like the fact that they put in the extra time to reproduce your issue with charging and fixed it.

I do not own yet a Steam Deck but I seriously thinking of buying one. It does look very impresive to be hoenst
3 Likes, Who?

View PC info
The change in keyboard will be nice.

Unfortunately, I think I'm going to sell my Steam Deck. It's a nice piece of kit if it's your first/only handled PC. But I already own a GPD Win Max and am more interested in the Win Max 2. I prefer the screen being higher up than the controls vs the slab of the SD. The other thing is that for older games (which I'm more likely to play on such a device), total game time on a single charge is about the same. The Win Max uses more power but also has a larger battery to compensate. So I'm not really gaining much unless playing a newer game.

The only drawback to the Win Max is Windows, but that's a very fixable issue.

Quoting: GuerrillaThe change in keyboard will be nice.

Unfortunately, I think I'm going to sell my Steam Deck.

How much will you sell it for?
1 Likes, Who?
While you're here, please consider supporting GamingOnLinux on: