The Planet Crafter is a lonely and chilled-out open-world survival game about terraforming a hostile planet. It works great on Linux with Steam Play Proton, although due to a bug with Unity games, I had to set it to Proton 6.8.

Some have already started calling it Subnautica on Mars, and it's not a bad description of it. It's not been out long but it's already jumped up to an Overwhelmingly Positive user rating. Not surprising though really, since it performs really well and the idea is great. A little basic in a number of ways mechanically but it's so sleek it doesn't really matter, it does it all quite well.

On the Linux side with Proton, performance has been consistently well above 100FPS and 99% of the time it remains incredibly smooth while exploring too. Here's a few minutes of the beginning section as I was trying to figure it out: 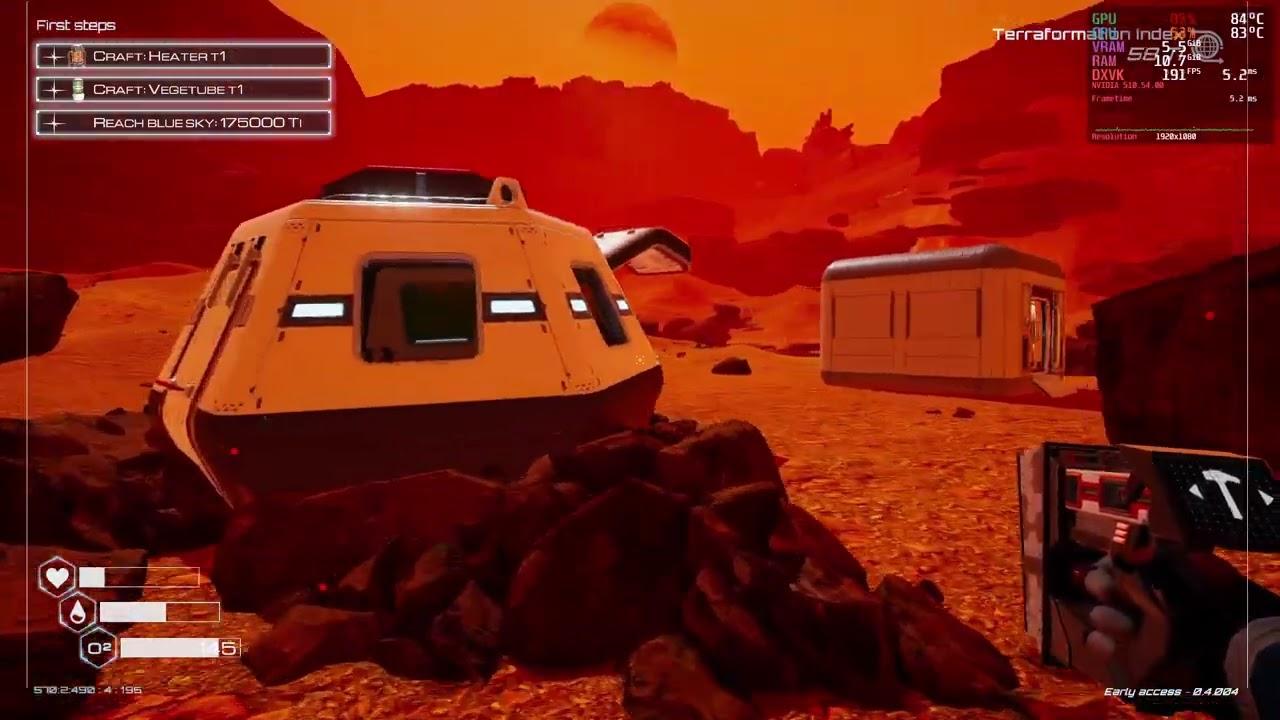 I'm planning to explore a lot more of this one, as it seems like there's plenty of secrets hiding as it really doesn't guide you. Offering up some basic "craft this" instructions, the rest is up to you to explore and figure out and in this case — I quite like the mystery of it all. Could be a great Steam Deck title if they properly hook up Steam Input for gamepads.

If you're after a new game to explore a strange new world and get crafting, looks like The Planet Crafter is a good one to check out. Available on Steam in Early Access, which the developer says it will stay there for for at least a year (possibly two) depending on feedback. It also has a free Prologue demo you can try too.

View PC info
Well, here's hoping that it doesn't go the way of Planet Nomads, which looked similarly promising in its early days.

That said, I'll hold off. A Windows game has to be pretty outstanding for me to take a chance on it these days. But it's worth remembering if it does turn out to be something special.
3 Likes, Who?

View PC info
Definitely keeping an eye on this one. :)
0 Likes

View PC info
Like subnautica, it does suck you for time.

It's relaxing and fun. (nothing trying to eat me yet) :)

No music on the opening screens (odd), and had to lookup what the build key is.

A nice, turn the brain off and have fun type game.

(yes, I bought it yesterday after seeing this.)
0 Likes

View PC info
Wishlisting and will check back in a year (or two). This has become my favorite genre (by far) over the last few years so I hope they continue this one to completion. Looks great, so far.
0 Likes

anthonyama 5 Apr
View PC info
Thanks for posting about this.
I just got this game and love it.
0 Likes

Of course, gotta do it again, a bit slower, and do a better job of base design, now that
I know how some bits work.

Stocked up on ice this time too.

Plays slower using proton (no, I have fiddled with the settings, other than drop it from 4k to HD),
but that's no surprise for early access.

No crashes, hangs etc. Clipping through various things, well, that happens in windows too.
(EA game, a few oopses here and there)

(oh, no structural integrity silliness, so you can indulge your fantasies for skybuilding)
:D

View PC info
Has the controller support gotten any better? Would love to play this on my Steam Deck.
0 Likes
While you're here, please consider supporting GamingOnLinux on: