Seven Kingdoms: Ancient Adversaries, an absolute classic strategy game originally from Enlight Software that released in the 90s and later become open source just had a surprise update. While you can buy it from stores like GOG and Steam, it's not needed since the open source release includes the game data too. The open source release is far more advanced too, and cross-platform.

One of my earliest memories of playing a strategy game! 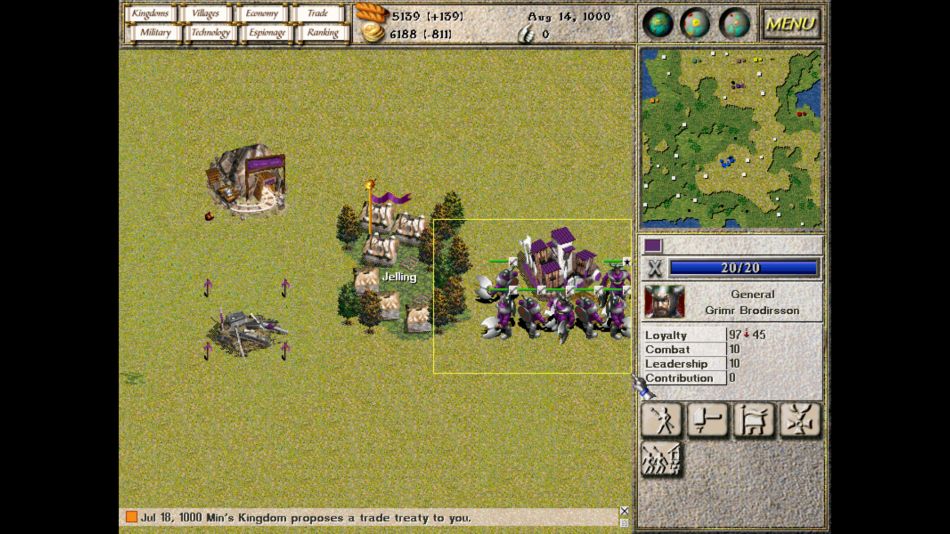 You can find the source up on GitHub. I looked around but couldn't find an easy way to play it on Linux that doesn't involve compiling it, perhaps someone helpful can get it up on Flathub to help keep it nicely preserved.

We do often include affiliate links to earn us some pennies. We are currently affiliated with GOG and Humble Store. See more here.
About the author - Liam Dawe
I am the owner of GamingOnLinux. After discovering Linux back in the days of Mandrake in 2003, I constantly came back to check on the progress of Linux until Ubuntu appeared on the scene and it helped me to really love it. You can reach me easily by emailing GamingOnLinux directly.
See more from me
Some you may have missed, popular articles from the last month:
4 comments
Purple Library Guy 29 Apr
It's in Mint's Software Centre, I just installed it. For sure an older version, mind you.
1 Likes, Who?

Phlebiac 29 Apr
View PC info
The fedora repo has 2.15.4p1, so I imagine it will update to 2.15.5 soon enough.
0 Likes
the3dfxdude 30 Apr
If there are enough people out there that use linux, won't wait for a distro to provide a package (some take a long time with updates), and won't compile the game for themselves, then I'll try providing a portable installer.
0 Likes

View PC info
Compilation is quite easy. Yesterday I built an updated version of the game in the .rpm package for Mandriva. The package is now available in the repository for the Cooker version.
0 Likes
While you're here, please consider supporting GamingOnLinux on: