Jujubee S.A. has announced they're bringing back FLASHOUT with FLASHOUT 3, a high-stakes and high-speed combat racer is coming with Native Linux support later this year. A racer in the spirit of the classic Wipeout, it looks pretty flashy.

No exact release date has been given yet, but they did say a demo will become available some time in May.

"Where high speed meets high stakes. Where unforgiving combat, loud electronic music and addictive boosts of adrenaline mix up to separate winners from losers. Where gravitation is nothing more than an empty word. This is where the world of FLASHOUT 3 will take you and your ride to the absolute limits!

FLASHOUT 3 will offer you ultra-fast ships, loops, jumps and sudden razor-sharp turns! You will have the chance to test your racing skills on the most impressive sci-fi circuits and try not to fall behind! But if it happens, don't sweat! Unleash the power of rockets, guns, bombs and mines to help you level down your competition!" 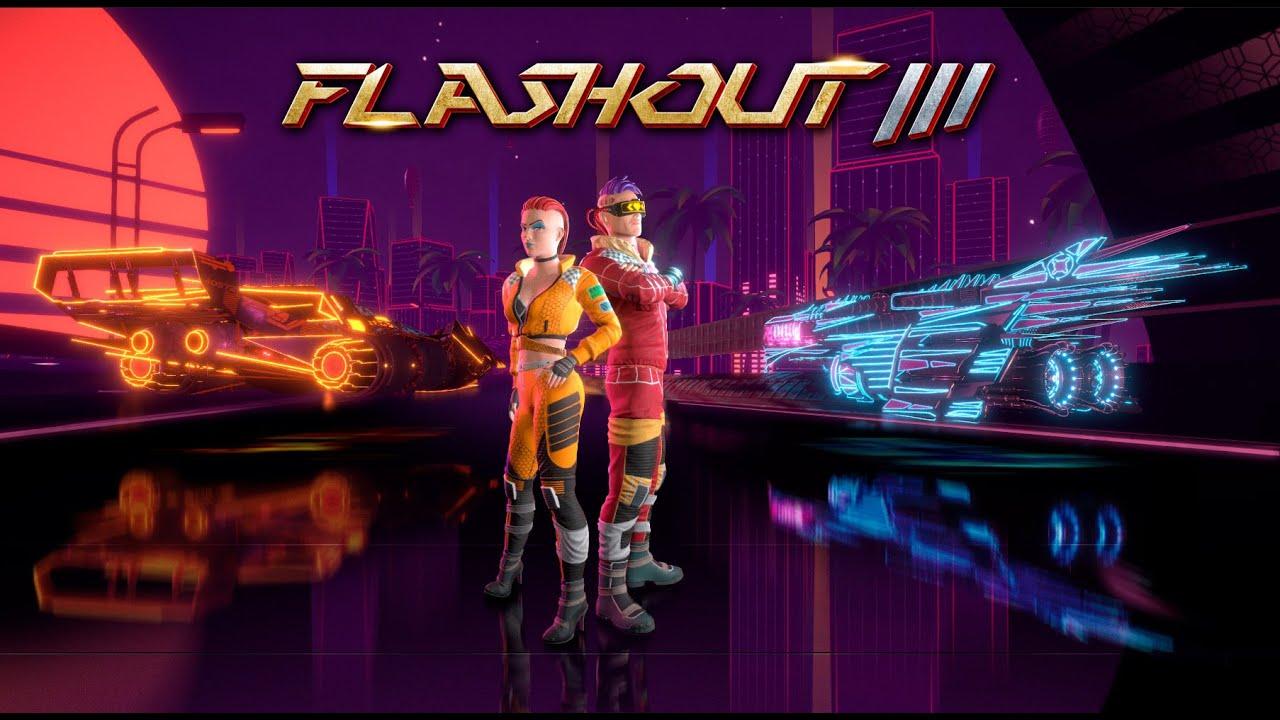 View PC info
The colours remind me of the fantastic Motorhead.
Anyone remebering that one?

Unfortunately, the version on Steam is just the emulated PSX version,
which explains the bad rating.

View PC info
Yesyesyesyesyes!!!! I miss the whole combat racing genre a lot!!! "Have a Nice Day" for example was my favourite back then. Are there any good modern combat racers out there at the moment?
1 Likes, Who?

View PC info
If they can make sure that it works well on the Deck, that could be a really good experience. Hopefully it will be better polished than the previous one, too.
0 Likes

View PC info
The first in the series was on what, GameCube? I am certain I played the first one. This third iteration looks great! Man, my wish list is getting too long....

Quoting: GamingSlothYesyesyesyesyes!!!! I miss the whole combat racing genre a lot!!! "Have a Nice Day" for example was my favourite back then. Are there any good modern combat racers out there at the moment?

I had the same itch recently and went looking. I wanted to relive Vigilante 8 (very similar to Twisted Metal). Crossout looks really good but the anti-cheat doesn't work. Crash Drive 3 has Linux support but I haven't purchased yet. I'm thinking about trying out Drive Buy and simply returning it if it doesn't work (Windows-only). Finally, there is Assault Bots which is free. Nothing to lose. I tried that one and it's OK but not that good.
1 Likes, Who?
While you're here, please consider supporting GamingOnLinux on: