Loop Hero, the fantastic deck-builder from Four Quarters and Devolver Digital now has controller support, making it work even better on the Steam Deck.

A big update is on the way too, which they say stalled around the 80% mark but work on that will continue again as almost "all graphics and code are finished, mostly texts/sounds/balance remain". Until then though, this small update to work with controllers / gamepads is a nice addition to an already great game.

On the Steam Deck, Valve gave it a Playable rating previously but this should bump it right up to Verified status as the control system and icons were the issue which is now solved. Feels really good on Deck too, and the developer solved a problem I reported very quickly. 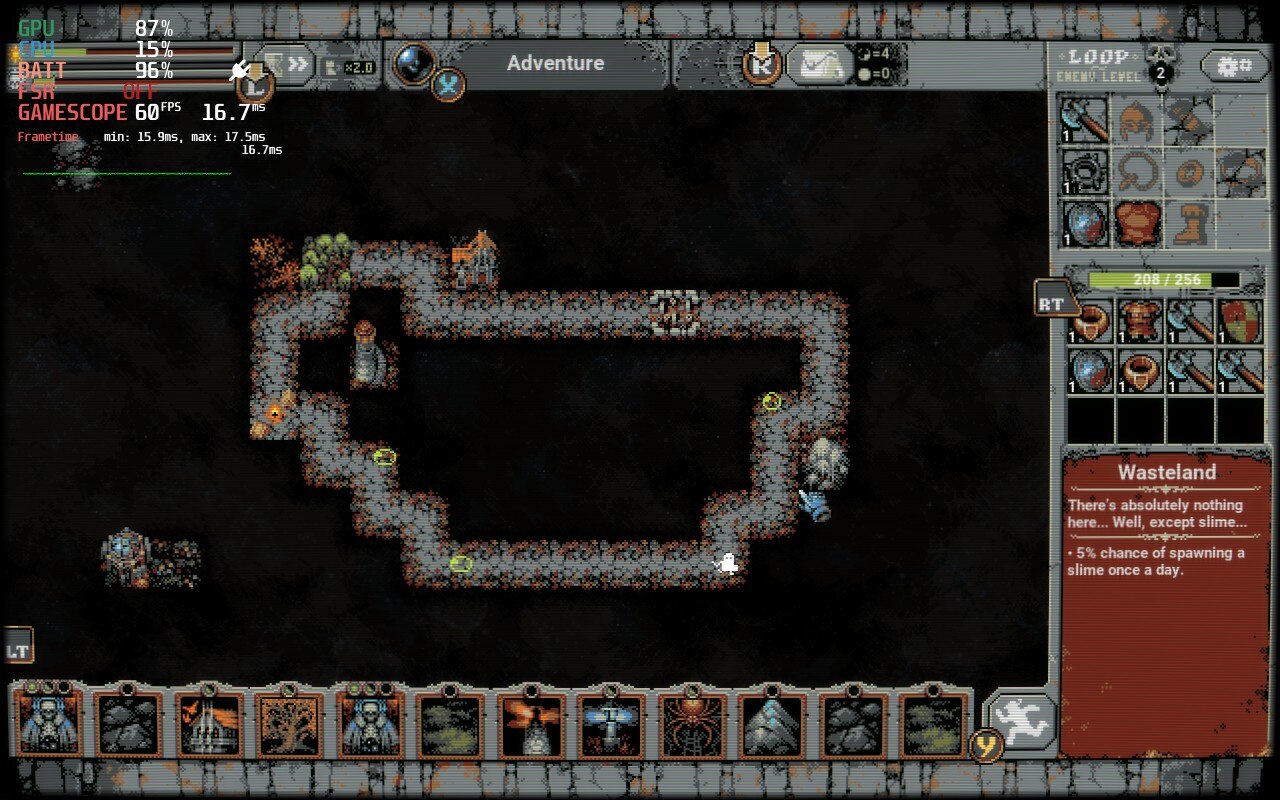 I once again fear for my free time now…

The situation is a bit different for the Native Linux version, which is the default on normal desktops. As they use Game Maker, which really doesn't have the best gamepad support on Linux. Four Quarters only officially support the Sony DualShock 4 there and sure enough, my Xbox pad was very broken in it. If that bothers you, switching to Proton can solve it.

You can buy Loop Hero on GOG, Humble Store and Steam.