Return to Monkey Island announced for 2022

Devolver Digital, Lucasfilm Games and Ron Gilbert have announced something huge for adventure game fans, with Return to Monkey Island on the way to release in 2022. A series adored by many, with this one taking place following on from Secret of Monkey Island and Monkey Island 2: LeChuck's Revenge.

Technically, this was announced on April 1 on Gilbert's official blog post that stated: "For 18 years the Grumpy Gamer blog has been April Fools' day free because it's a stupid tradition.

So to mix things up a little I'm taking this opportunity to announce I've decided to make another Monkey Island."

Then in a new post on April 4, the real thing.

Teaser trailer is below: 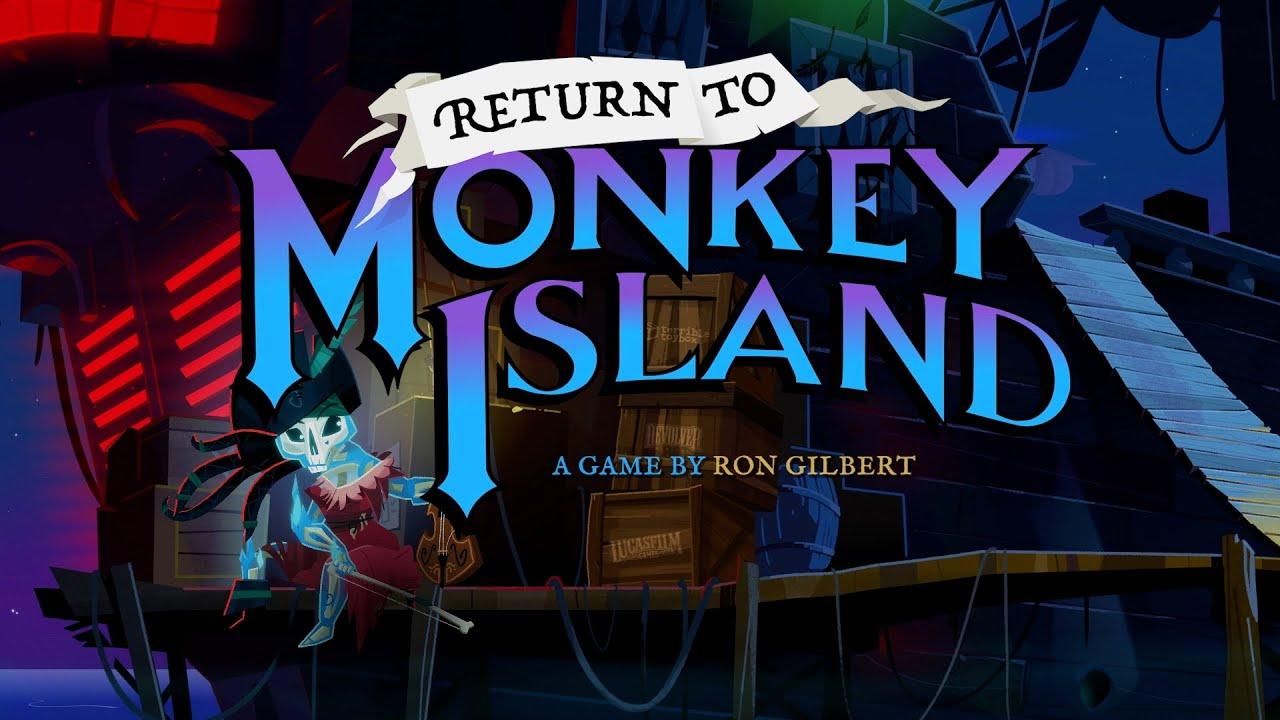 No idea yet on exactly what platforms it will support but we'll be keeping an eye on it.

We do often include affiliate links to earn us some pennies. We are currently affiliated with GOG and Humble Store. See more here.
About the author - Liam Dawe
I am the owner of GamingOnLinux. After discovering Linux back in the days of Mandrake in 2003, I constantly came back to check on the progress of Linux until Ubuntu appeared on the scene and it helped me to really love it. You can reach me easily by emailing GamingOnLinux directly.
See more from me
Some you may have missed, popular articles from the last month:
26 comments
Page: 1/3»
Mal 5 Apr

I'm still confused if this is an A fish that has gone to waste or a real thing. Perhaps we've been all trapped in a dream world made up by Lechuck?
0 Likes

Eike 5 Apr
View PC info
I feel no game ever can live up to what we expect from "Monkey Island". Because we're not 12 anymore.
11 Likes, Who?

View PC info
I wish they would do pixel graphics
1 Likes, Who?

Quoting: wit_as_a_riddleI wish they would do pixel graphics

Me too. I loved the retro style of Thimbleweed Park. Maybe just because I grew up with games looking like that. But what I never want to go back to, is having to read all that conversation on screen. Voice-Over please :-)
4 Likes, Who?

ShabbyX 5 Apr
View PC info
Unless what? Unless WHAAAAAT?
3 Likes, Who?

View PC info
If Linux support is announced, this will be at the top of my wishlist immediately.

Quoting: frykBut what I never want to go back to, is having to read all that conversation on screen. Voice-Over please :-)

All of the later Lucasarts adventures had voice acting, including Curse of Monkey Island (MI3). So do the third party HD remakes of 1 and 2. Would be odd if a new Monkey Island game didn't.

EDIT: Never mind. Should have watched the trailer first. Nice to see that Dominic Armato is back as the voice of Guybrush.

I wonder if our hero has done the Harry Potter thing and aged with his fans. Would be nice to see how he's coping with early middle age.

View PC info
Good news, I hope they won't do "pixel art" , I always found this way of making game totaly out of context. Back in the days, when these game were released you would play on very small screen with 256colors. That was because the hardware was very limited and because screens were pretty expensive. Playing on a 14/15' crt was pretty much the norm, and anything = or above 640*480 was already good quality. What is called pixel art is because if you launch those game on modern screen they look pixelated as the image is increasingly zoomed in.

Otherwise at the time it was not looking pixelated as much as modern pixel art does. It was looking smooth, almost like a cartoon especially on the point&clic genre.

Every classic game from that era that I launch on my modern screen looks terrible, but it still looks nice and neat on a 14'/15' crt screen. Using 2xsai filters in dosbox can partialy improve that pixalated aspect that did not exists back in the days, at least nothing as what they made a fashion of "pixel art" that is simply a waste of hardware in my opinion and in general looking pretty poor graphically and colorwise compare to what was done back in the days with only 256colors.

They could try to create nice graphics and animation instead of willing to be what it is not. I can't count the list of game that could have look great if not pixelated on purpose. And I really think this is a waste.

On the other hand if you take the exemple of the two remaster of Monkey Island the style really does not respect the original game. It went to some disney childish style, instead of poetic as it was in the original. If you look what has been done with day of the tentacle, they more or less kept the original aspect, but the minor tweaks are not perfect, and on top of that the animation is too stiff. It was some sort of compromise.

I hope they will make the right decisions for this awaited official third episode;

Quoting: tuubiIf Linux support is announced, this will be at the top of my wishlist immediately.

They should develop it directly in ScummVM!
3 Likes, Who?

It's common for artists to restrict themselves in certain areas to create a context for their message. Pixel art is one way to do that. Hand drawn pixel art is an art form some people are very good at and seeing what they can do with attracts a lot of people. It's not cheaper nor inferior if executed properly.

Yet I'm also glad they don't go for pixel art here, cause monkey island was always about looking as comic/pop art as possible with current technology so they better follow comic culture.
2 Likes, Who?

Quoting: tuubiIf Linux support is announced, this will be at the top of my wishlist immediately.

They should develop it directly in ScummVM!

Heh. That would be nice, but I doubt it. Unless Disney/Lucas gets a say, Gilbert is likely to bake his own engine, or rather base the engine on what he created for Thimbleweed Park. I'm basing this on the following excerpt from the Thimbleweed Park blog:


Quoting: Ron GilbertLots of great choices, but deep down (if I'm honest with myself), I'm a game engine snob. Whenever I use an engine, I keep wanting to modify it and hack into it to do what I need. I guess I've found over the years that it's a lot easier (and less stressful) for me if I just create my own.

4 Likes, Who?
1/3»
While you're here, please consider supporting GamingOnLinux on: