Even more supporting evidence towards the Steam Deck being a nice success for Valve, with SteamDB reporting that the Steam Deck was the #1 top seller last week.

Their list goes by revenue, so it's not a huge surprise considering the price of the Steam Deck, however it's going up against the likes of Elden Ring which has sold over ten million copies (and lots of those were on PC), as The Verge reported. Not only that though, it's also fighting the Valve Index, which is in the top 10 for last week as well and costs quite a bit more — so it really is a show of early strength for Valve's newest hardware.

Maybe 2022 really is officially the Year of Linux Gaming. The key point of that though (that some across the net missed from my take), is that it doesn't mean it's going to suddenly take over, it just means it's at a stage where it really is good.

I also did a quick-take video on how it's doing across the weekend in case you missed it: 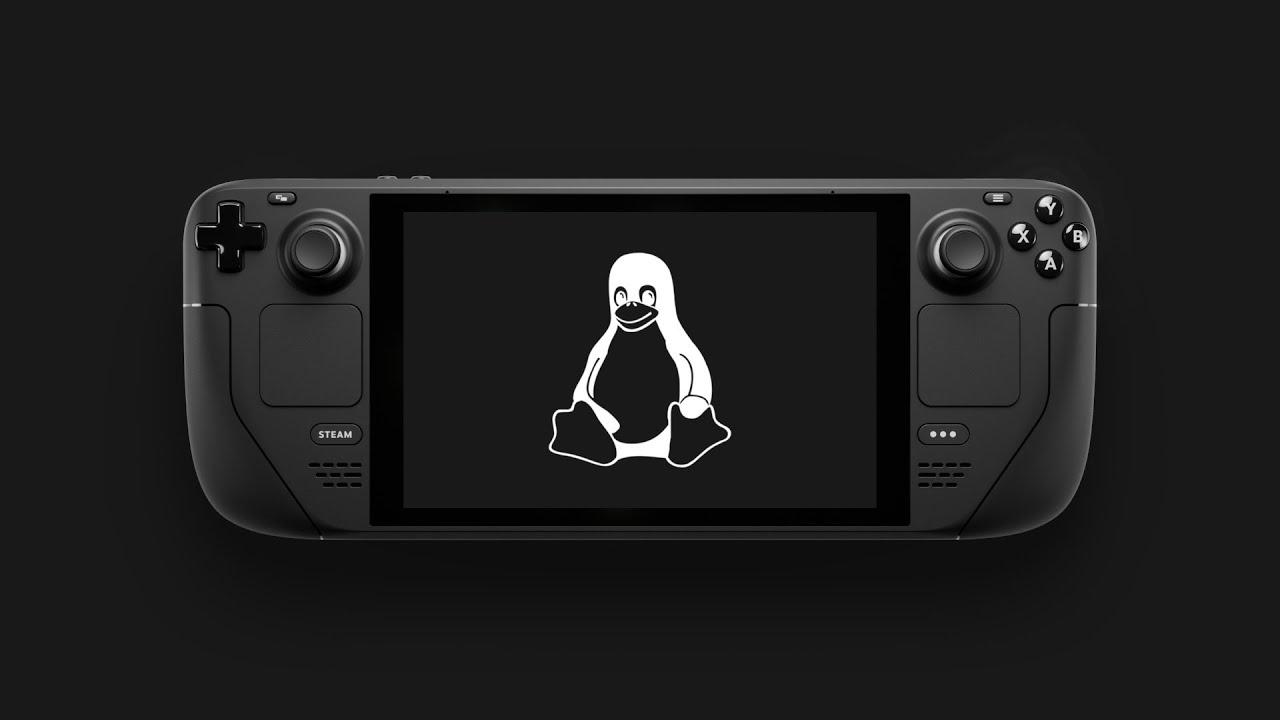 There's another mildly amusing point I saw come up recently like "Am I the only one hoping that Valve releases a more TV-centric version of the Steam Deck?" on Resetera that I saw pop up on Twitter. People sure do forget quickly huh? That was the Steam Machines. However, the Steam Deck clearly has a market waiting for it but I bring this up for another reason — Valve has solved so many of the problems that plagued the Steam Machines that caused their failure.

Especially with the newer Deck interface, Proton, how far Steam has come as a platform with many more features and the list of improvements just goes on. If in a few years they made another attempt, it might not go as badly as some think. What do you think though? Let me know in the comments.

About the author - Liam Dawe
I am the owner of GamingOnLinux. After discovering Linux back in the days of Mandrake in 2003, I constantly came back to check on the progress of Linux until Ubuntu appeared on the scene and it helped me to really love it. You can reach me easily by emailing GamingOnLinux directly.
See more from me
Some you may have missed, popular articles from the last month:
21 comments
Page: 1/3»

View PC info
What's nice about those of us that bought Steam Machines back in the day, they've greatly benefited from all of Valve's work on Proton. Now if they could just properly migrate the Deck UI, we'd be set. I bought my Alienware Steam Machine r2 a little over 5 years ago, did some minor upgrades and it works better than ever now that I can play even more of my library.
9 Likes, Who?

It's also great for GNU/Linux gaming overall. I mean Valve have done it in such a way that it's not "just for steam" - the changes benefit everyone trying to game on GNU/Linux, even those who don't use Steam, you won't need a steam deck, or a steam machine (or steam at all) to benefit from the changes they've brought to us.

It's great that they've done it in an open way, which benefits everyone. For that valve has earned my support and my respect.

There has been no other game store that's worked this hard to make gaming on GNU/Linux viable. You have to admire the work they've put it to make it so.

Perhaps it won't be long until the other stores catch on to the profit to be made, and bring their own stores over. Maybe?

Although at this point it would look like they're saying "Let's let valve do all the hard work, then we'll piggy back off their cash cow once it's ready".
5 Likes, Who?
SkyGuyWhy 18 Apr, 2022
I think I'd rather they just release SteamOS as a distro that can be installed on whatever, and start manufacturing Steam Controllers again. I'd much rather just build my own gaming PC or otherwise get a prebuilt of some kind and then install SteamOS than be locked to whatever arbitrary hardware Valve would come up with. It makes sense with the Steam Deck because it's a portable device and your average Joe can't just build his own one of those. And it makes sense for Playstation and Xbox because they have exotic, weird hardware architectures and a walled garden to play in, plus dedicated widespread developer support to take advantage of that hardware.

But if we're talking about something that just plays steam games tied to the wall and plugged into your TV... well that's just any old PC, isn't it? Valve would essentially be equivalent to some random boutique PC builder like IBuyPower or something and I think that's a waste of their time. There's already plenty of people providing in that space. SteamOS is really all they bring to the table that we don't already have. So they should just focus on making SteamOS really good, IMO.

Even normal, technically inept gamers understand the concept of a gaming PC and how to get one and then plug the HDMI port into a TV, you know? There's not much else Valve can provide hardware-wise that the general public doesn't already have, except maybe a slick sci-fi VCR shaped case like Playstation and Xbox come up with every generation. XD

Especially because they'd probably target console prices? Like a $600 computer, probably with an APU in it... and that wouldn't *just* be an average gaming PC, it'd be a *crappy* gaming PC. At that price point you'll struggle to make anything that's meaningfully faster than the Steam Deck itself. And while it's way impressive as a handheld, it's a really slow gaming PC. I mean, who goes out and buys a brand new PC like "OH BOY! I CAN'T WAIT TO PLAY GAMES AT 28fps 800p and the lowest settings!"

Of course. It's just that people often treat the failure of the Steam Machines as this disaster where people were now just sitting on worthless hardware that collects dust. That's obviously nonsense.
2 Likes, Who?

View PC info
Mine should arrive somewhere May - June.

When I reserved it, I wasn't really sure what I actually wanted to use it for - I got my beefy main PC, so I don't really need it for that.
And I don't travel/commute a whole lot.

But by now I've decided to turn it into a proper retro station with a nice Emulationstation setup. Emudeck should make that even easier than it already would be.
And of course can still use it for its "normal" purpose.
1 Likes, Who?

View PC info
I wonder if we'll see a Steam Controller 2 announced in the next year or so, building on Valve's experience from the first one and the Deck; maybe with both real joysticks and touchpads, or something.
2 Likes, Who?

elmapul 18 Apr, 2022
View PC info
next gen.
first they should fix their supply issue, sell the deck on direct sales instead of pre order reservations and sell in major stores.
once they have an console that can compete in sales numbers with switch/playstation/xbox then they can think in entering other markets.
the most important thing in this gen is geting almost all games to run on steam deck, then on then next gen they will have some interesting offer for the living room, but they should relase an deck 2 as well.
0 Likes
TheRiddick 18 Apr, 2022

View PC info
I guess not bad for a console that only sells in the US and UK...
0 Likes

Quoting: elmapulsell the deck on direct sales instead of pre order reservations and sell in major stores.

Quoting: TheRiddickI guess not bad for a console that only sells in the US and UK...

I know it's not worldwide, but certainly much more than US and UK (i got mine last week here in germany)

Quoting: TermyI'm glad they DIDN'T do that - otherwise you could be 100% sure that 99% of Decks would be grabbed by scalpers..

sure their strategy is good for the short run, while their production capacity is small and the world face suppy issues at an global scale.
but it wont be enough to compete with things like switch or give it enough users to compete with windows.
once they ramp up their production capacity, they will face issues regarding paying for storage and distribution costs.
big suplies with tons of products can solve the storage problem with scale+the fact that every piece of space not being used to store one product can be used to store something else.
as for valve wich is mainly an software seller, they will need to outsource that part, especially if they want to sell world wide.
not to mention that revendors can share part of the risk of making more units than they can sell.
0 Likes
1/3»
While you're here, please consider supporting GamingOnLinux on: