Want to find out what it's like to travel in a submarine on another planet? Barotrauma gives you that option and it can be total chaos. It's a 2D co-op survival horror inspired by the likes of FTL, RimWorld, Space Station 13 and others like that. With silly ragdoll physics, and plenty of strange creatures waiting for you.

Currently in Early Access, it just received a nice big update named Urban Expanses. This adds in a new creatur called The Latcher, which you can encounter earlier than their two previous abyss monsters, so there can be a little frantic fun earlier in the game now. Modding should now be easier to both use and create, a new money system that's a bit more flexible giving players personal wallets and a crew bank and a huge overhaul to the big colony outposts to "make them look and feel like real cities".

See the new trailer below: 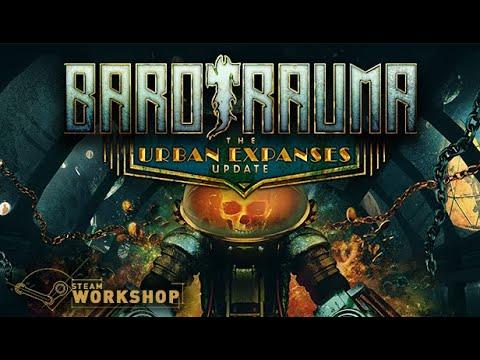 We do often include affiliate links to earn us some pennies. We are currently affiliated with GOG and Humble Store. See more here.
About the author - Liam Dawe
I am the owner of GamingOnLinux. After discovering Linux back in the days of Mandrake in 2003, I constantly came back to check on the progress of Linux until Ubuntu appeared on the scene and it helped me to really love it. You can reach me easily by emailing GamingOnLinux directly.
See more from me
Some you may have missed, popular articles from the last month:
1 comment
MakingItWork 22 Apr

Nice
0 Likes
While you're here, please consider supporting GamingOnLinux on: