After being available in Early Access since May 2021 and Preview since February 2022, Epic Games has today released Unreal Engine 5 which will no doubt go on to power some of the biggest upcoming releases.

"With this release, we aim to empower both large and small teams to really push the boundaries of what’s possible, visually and interactively. UE5 will enable you to realize next-generation real-time 3D content and experiences with greater freedom, fidelity, and flexibility than ever before." — Epic Games.

Epic say that developers will be able to continue using "workflows supported in UE 4.27" but get access to the redesigned Unreal Editor, better performance, improved path tracing and the list goes on.

You can see the whole launch event livestream in the below YouTube video: 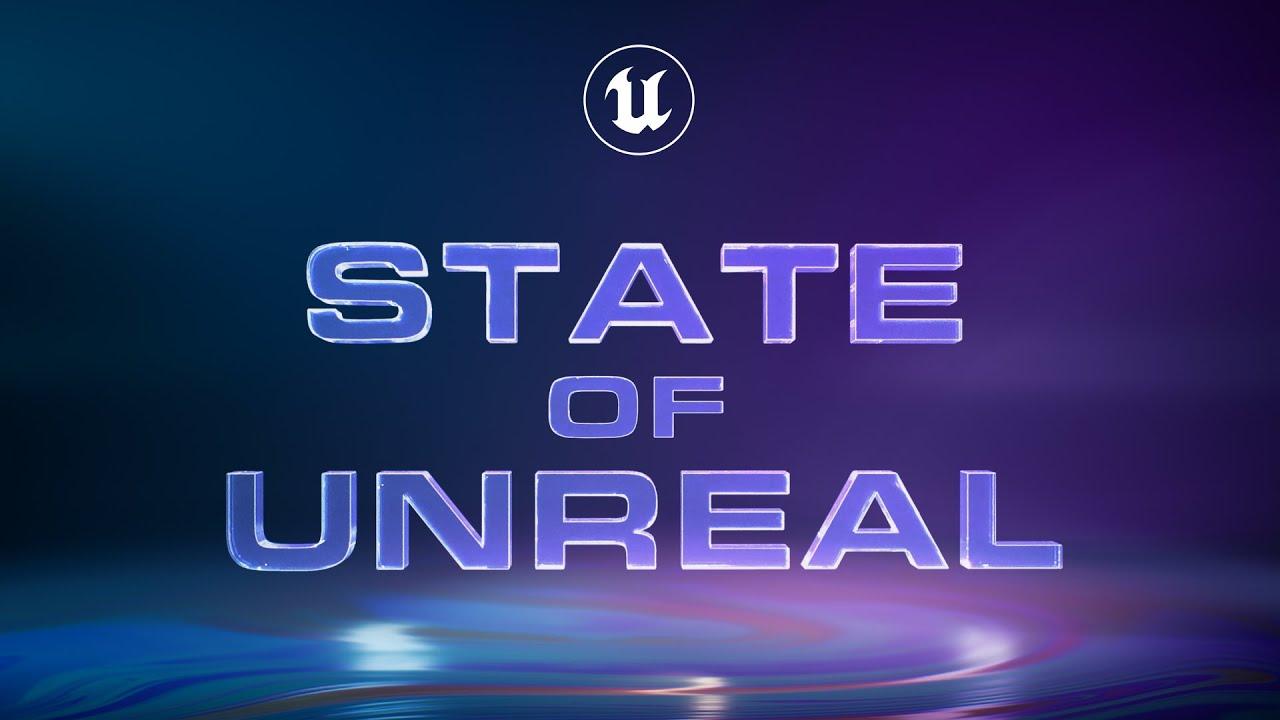 Two new starter samples have also been made for developers with:

Lyra Starter Game is a sample gameplay project built alongside Unreal Engine 5 development to serve as an excellent starting point for creating new games, as well as a hands-on learning resource. We plan to continue to upgrade this living project with future releases to demonstrate our latest best practices. 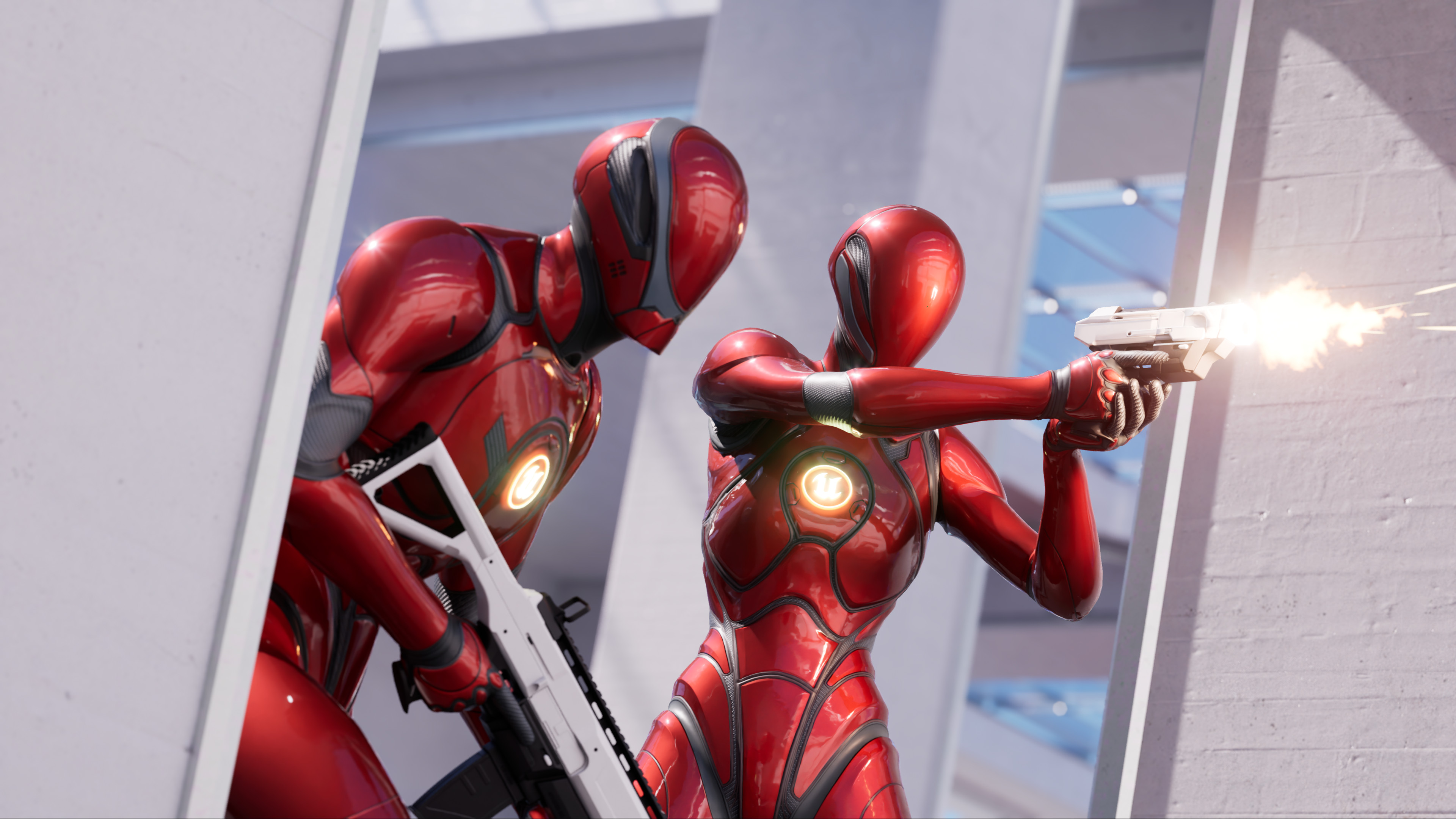 The City Sample is a free downloadable sample project that reveals how the city scene from The Matrix Awakens: An Unreal Engine 5 Experience was built. The project—which consists of a complete city with buildings, vehicles, and crowds of MetaHuman characters—demonstrates how we used new and improved systems in Unreal Engine 5 to create the experience.

You will also find plenty of Linux and Vulkan improvements for Unreal Engine 5 including: Nanite and Lumen (with software ray tracing only) on Linux, the Unreal Build Tool was also upgraded to support Clang's sanitizers for Linux (and Android), Vulkan and Linux support was also added to their "GameplayMediaEncoder", compliant 64-bit image atomics in Vulkan that fixes all validation issues with 64-bit atomics and allows the use of RADV driver (AMD + Linux) for Nanite and Lumen, multiple crashes were solved for Linux and loads more like:

Epic has confirmed that over 85 game studios are going to be using Unreal Engine 5 with more coming including The Coalition, CD PROJEKT RED, and Crystal Dynamics, who just revealed that they are building a new Tomb Raider game with UE5.

See more on the official site. Also see the announcement.

We do often include affiliate links to earn us some pennies. We are currently affiliated with GOG and Humble Store. See more here.
About the author - Liam Dawe
I am the owner of GamingOnLinux. After discovering Linux back in the days of Mandrake in 2003, I constantly came back to check on the progress of Linux until Ubuntu appeared on the scene and it helped me to really love it. You can reach me easily by emailing GamingOnLinux directly.
See more from me
Some you may have missed, popular articles from the last month:
17 comments
Page: «2/2

No, honestly, you need 32 at least and 64 to develop an Open World. You need to be able to load all the assets.
0 Likes
UncleSpanky 6 Apr
how do we install this on linux i cannot find instructions as the launcher on avaliable for windows even though is says it supports ubuntu
0 Likes


QuoteThis is the Unreal Engine 5 editor, on its first day of release, running natively on Linux as a pure Wayland application, with the NVIDIA binary driver

Living in the gotdang FUTURE

Quoting: minkiuI know it's not fully Foss but you can see the code on github, in case you didn't know.

I know, which is why I used FOSS instead of just saying "open source".

Quoting: elmapulif the foss comunity was not able to compete, i dont see why they should.

I'm not understanding the comment. Are you saying that Epic should only make the Unreal engine FOSS if the FOSS market were able to compete ? If so what does that even mean ?
0 Likes

Quoting: PublicNuisanceI'm not understanding the comment. Are you saying that Epic should only make the Unreal engine FOSS if the FOSS market were able to compete ? If so what does that even mean ?

how can i say it?
we're always assuming that the open source development model is better at everything, well, i dont doubt that an product that earn 1 million/month of dolars and it is open source, will be MUCH better than an proprietary software earning the same money.

the issue is, its much harder to make that ammount of money in the open source development model.
open source being less profitable is a big reason for then to not change their business model, and the other is that the ammount of money this model produces is what made those softwares possible to begin with.
i can count the days i have waited for make human to evolve, they started from scratch and surpassed it a lot in an shorter ammount of time.
why should they change their business model?

View PC info
Someone exported the matrix demo (magnet:?xt=urn:btih:fgzdm32lgnurbextst2o3jll2sdplyuh), and I got it running in Proton, but it either doesn't detect the graphics card or the nvidia driver just doesn't support nanite mesh. As a result, none of the nanite meshes load.
0 Likes

Downloaded the citydemo to give that a go from EGS (WHAT A POS THAT IS BTW) Why you cant acces assets from within unrealedit is just daft to me.

After a huge 90gig + download fails to be imported

Suggests to build within vis studio, Fails in that to on last module.

1 Likes, Who?
«2/2
While you're here, please consider supporting GamingOnLinux on: