Kingdoms and Castles has a huge AI Kingdoms update out now

It's finally here! The huge AI Kingdoms update for Kingdoms and Castles has now landed, greatly expanding this wonderful city-builder with more strategy elements. Well, if you want them that is. You can still keep it as a mostly peaceful builder, as AI Kingdoms are optional.

You can chat with them, trade, fight and more but there's plenty of other improvements that came along with this update. There's also a fog of war visibility system, so you need to do a little exploration. If you're allied with another kingdom, you get to see what they see too. Sea gates to protect your harbours, a siege workshop which can create catapults, transport carts, a building integrity system and the list goes on. 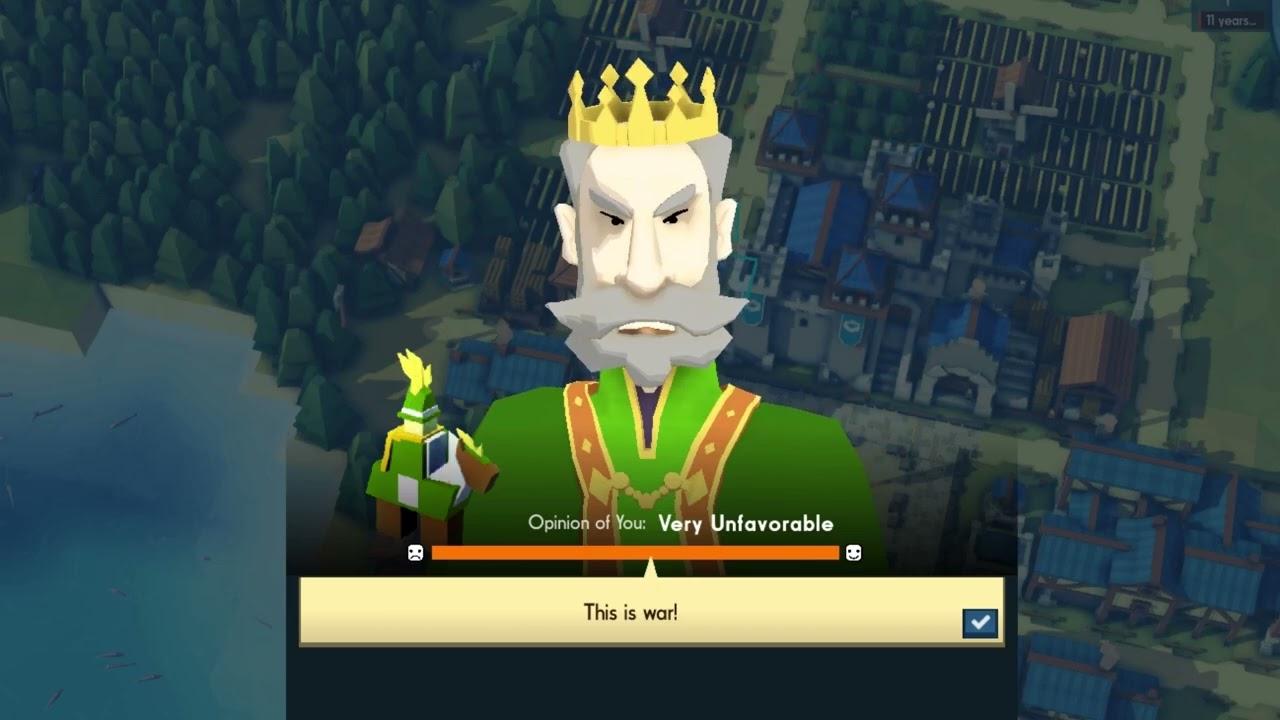 A pretty amazing update really. Fun to watch this one evolve, as it was a tiny game when it first released.

QuoteSea gates to protect your harbours

Oh, that sounds cool. Not sure I've heard of a game doing that before--or even doing the implied thing of "you have harbours which could be attacked by sea and defended" in general.
0 Likes

View PC info
It is unreal how long they keep developing and updating this one. It started as a small yet fun concept in * check notes * 2015? 2016?
0 Likes
Purple Library Guy 24 May, 2022
. . . Hang on a minute. Did that one invasion in the trailer have flying dragons breathing fire on the town?
I think I'm wishlisting this.

I think of getting it, anyone tried it on Steam Deck yet?!
0 Likes

Quoting: Purple Library Guy. . . Hang on a minute. Did that one invasion in the trailer have flying dragons breathing fire on the town?
I think I'm wishlisting this.

I've had the game a good while now and the dragons are not new!

I recommend the game, especially to people who liked the core gameplay in Rise to Ruins. While still worth buying and playing due to the good price, Kingdoms and Castles used to plateau after you became more powerful than all your conflicts. Knowing they were going to add more, I've been looking forward it. Now, it's here!

EDIT: Seems as though the update hasn't come to GOG yet.

View PC info
Here I am a week later, and the update still has not arrived on GOG! Grr!
0 Likes

View PC info
So, now it's been a month, and the update is still not available on GOG for Linux users. I emailed the dev, and he replied to ask if I used the Galaxy client. After explaining that I used Linux and the Linux build was behind despite it being updated on Itch and Steam, he never replied. That was a week or two ago now.

I suggest purchasing this game on Steam or Itch and not GOG! In my case, it looks like I'll have to buy the game a second time if I want further updates. Even though the price is low, it's the principle of the matter, and I'm a little annoyed by it.
0 Likes
While you're here, please consider supporting GamingOnLinux on: