V Rising, the latest huge Steam hit can now run on Linux desktops and Steam Deck, thanks to updates to the Beta version of Proton Experimental.

What is it? The latest survival game, all about rising as a vampire! Explore a vast world teeming with mythical horrors and danger. Travel through lush forests, open countryside, and dark caverns to discover valuable resources, meeting friends and foes alike along the way. Traverse the world with vampire comrades or hunt solo as you pillage villages, raid bandits, and delve into the domains of supernatural beasts.

It managed to climb the Steam leaderboards pretty rapidly, with it now being in the top-10 for concurrent users.

Here's what to do:

Now you will have V Rising working on Linux and Steam Deck. Some issues remain like videos not playing and you get a test-screen instead, which will eventually be solved. The actual gameplay works though.

Here's a little video of the steps for you: 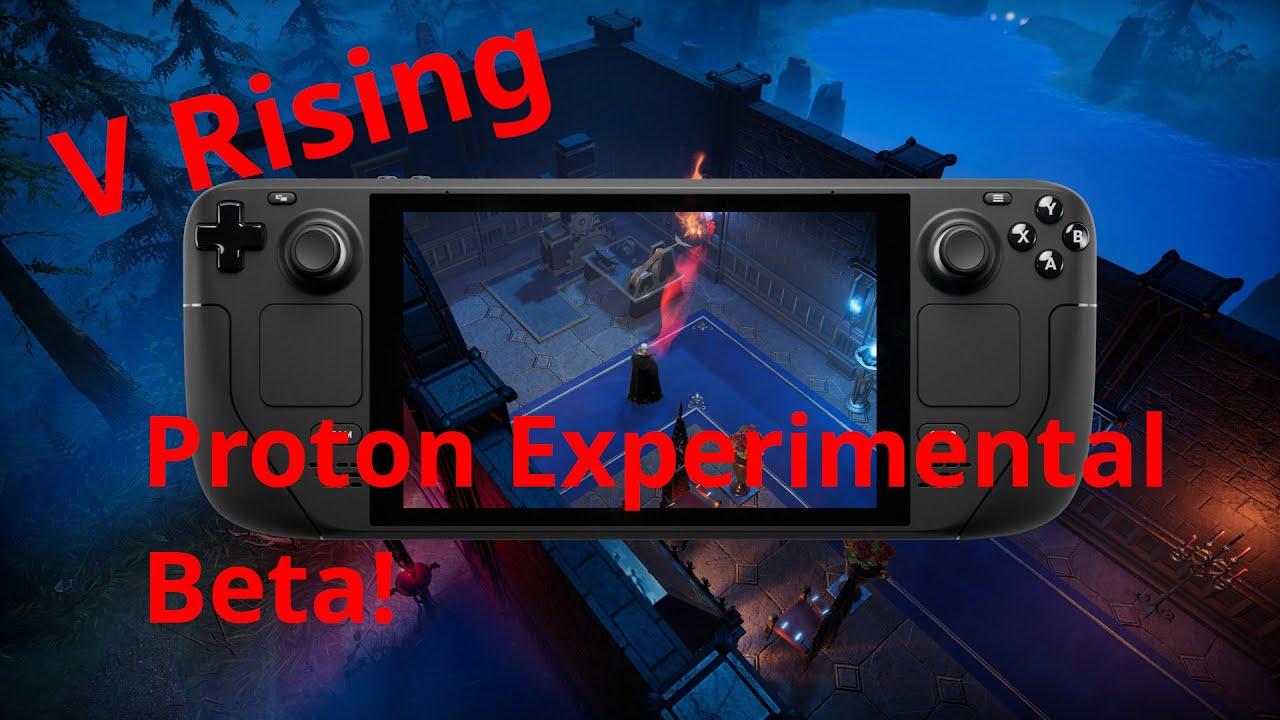 View PC info
What's with the gloves in the video?

But seriously, anyone played this solo? I like the look of this a lot but is playing the whole thing on your own a viable proposition?
2 Likes, Who?

View PC info
Would also like to know if you can just play it as a Solo player without having issues or stuff since it seems to be designed to play with others & if you can play it offline thats especially important.
0 Likes
mr-victory 24 May
View PC info

So this is what the message means.
1 Likes, Who?

View PC info
Ha, was trying to get this working yesterday, but got it as far as trying to start the game and it wouldn't connect.. even solo.
0 Likes

I can't express enough the joy I felt when I saw someone finally found a way to fix it. And the ones who tried at first to know if it worked.

That's what I love about Linux, the power of a huge community :)
0 Likes

So I don't cover the deck in greasy fingerprints and skin for a video ;)
7 Likes, Who?

Yeah it certainly looked like you were handling a priceless artifact or something!

Yeah it certainly looked like you were handling a priceless artifact or something!

It is. Try to get one, like, today--you can't! It would be an indefinite point in the future before you could replace it.
(I suppose maybe scalpers are selling some for ludicrous prices or something)
0 Likes

Dude, seriously. I could have the driest hands in the world, and I still leave greasy marks on my Deck. Maybe I should stop handling it without gloves.

I tried briefly this morning to get V Rising to launch, but it does the same as it did before I changed to Proton GE and copied over the stun_steamnetworking.dll file like protondb suggested. I did a verify files, so it likely replaced that and should have changed it to default.

Wonder if I need to change it to the 'beta' build of SteamOS?

Edit: use DXVK_ASYNC=1 %command% in the launcher settings? Mine looked like it was trying to run the videos, but had that weird alternating lines of yellow over them.

Once again, we find ourselves with an incompatible video codec for some reason...