20 Minutes Till Dawn is what you get when you take the basic action-survival idea that Vampire Survivors made popular again, makes it really dark and puts a gun in your hand. Note: personal purchase.

I am thoroughly loving this return to simple, cheap and engrossing experiences that we've had recently. It's only £2.09 on Steam and you can get a ridiculous amount of time out of it and it's only going to get bigger since it's in Early Access right now. 20 Minutes Till Dawn is a rogue-lite survival action game, where you run around defeating an increasing number of weird creatures and collect little pips that drop when they die to level up. When you level up, you get to pick from a random list of upgrades to create a ridiculous character. 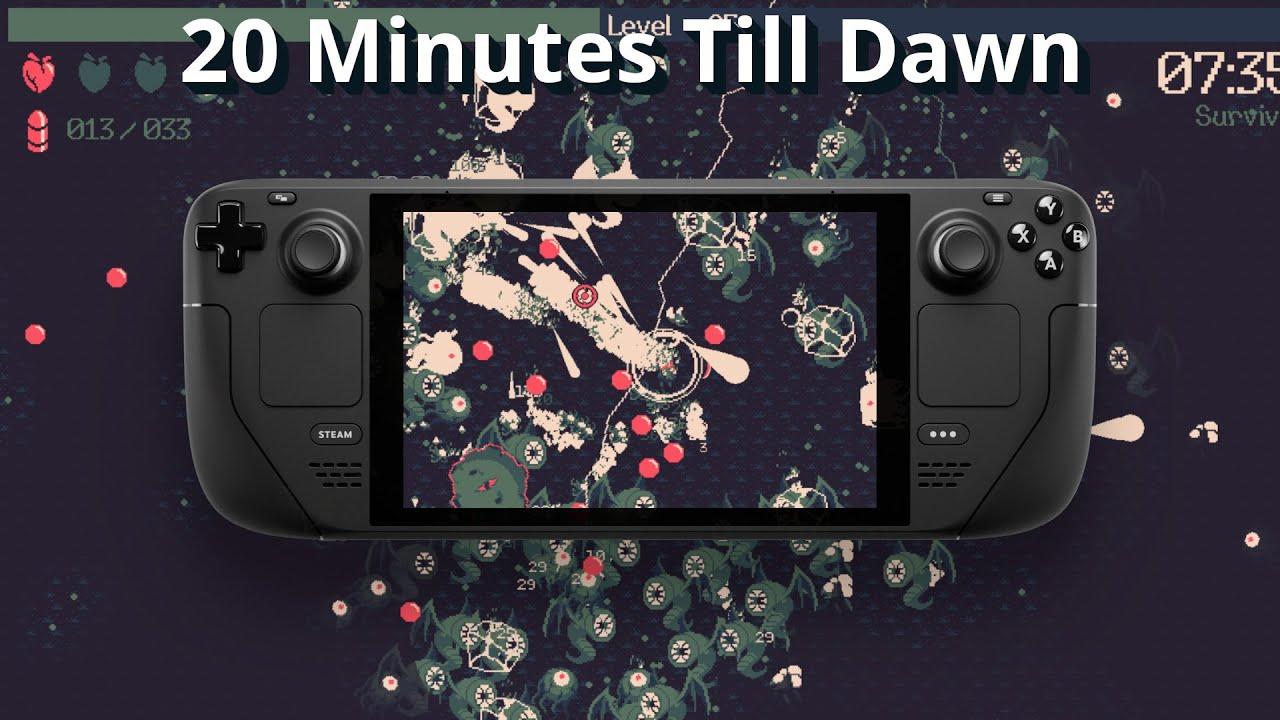 It's not just guns though, there's a few different characters to unlock and they each have different weapons to unlock too as there's plenty of persistent progression to keep you going.

I do think and hope they add some visual aids for people with poor eyesight though, because I can imagine it being a little difficult to see. That's part of the fun for me though, and certainly makes it on the tougher side to play through and keeps me coming back for more.

Right now, I think it's instantly become my new favourite game to blast through when taking a break.

About the author - Liam Dawe
I am the owner of GamingOnLinux. After discovering Linux back in the days of Mandrake in 2003, I constantly came back to check on the progress of Linux until Ubuntu appeared on the scene and it helped me to really love it. You can reach me easily by emailing GamingOnLinux directly.
See more from me
Some you may have missed, popular articles from the last month:
2 comments
Serious_Table 14 Jun, 2022

20 Minutes till Dawn took me completely by surprise. Vampire Survivors was a good time suck, but between Gunlocked and 20 Minutes, I think the genre is starting to realize that have a more active role in the play of the game rather than just moving makes for a much more exciting (and TENSE) play experience.

I cannot wait to see how this evolves; the different playstyles that can evolve between each run are fantastic.
0 Likes

View PC info
Good game. Shame it has no DualSense support, but frankly with the free aiming system it's probably much better kb&m.
While it looks and sounds like a Vampire Survivors clone it's a completely different game mechanically. I also love the limited, muted colour palette.
Definitely worth a buy
0 Likes
While you're here, please consider supporting GamingOnLinux on: