Return to Monkey Island gets a first gameplay trailer

Return to Monkey Island, the continuation of the story from he Secret of Monkey Island and Monkey Island 2: LeChuck’s Revenge now has a first gameplay trailer. With a return of series creator Ron Gilbert and developed in collaboration with Lucasfilm Games, it's certainly an exciting game to keep an eye on.

Today, Devolver Digital released the first trailer you can see below: 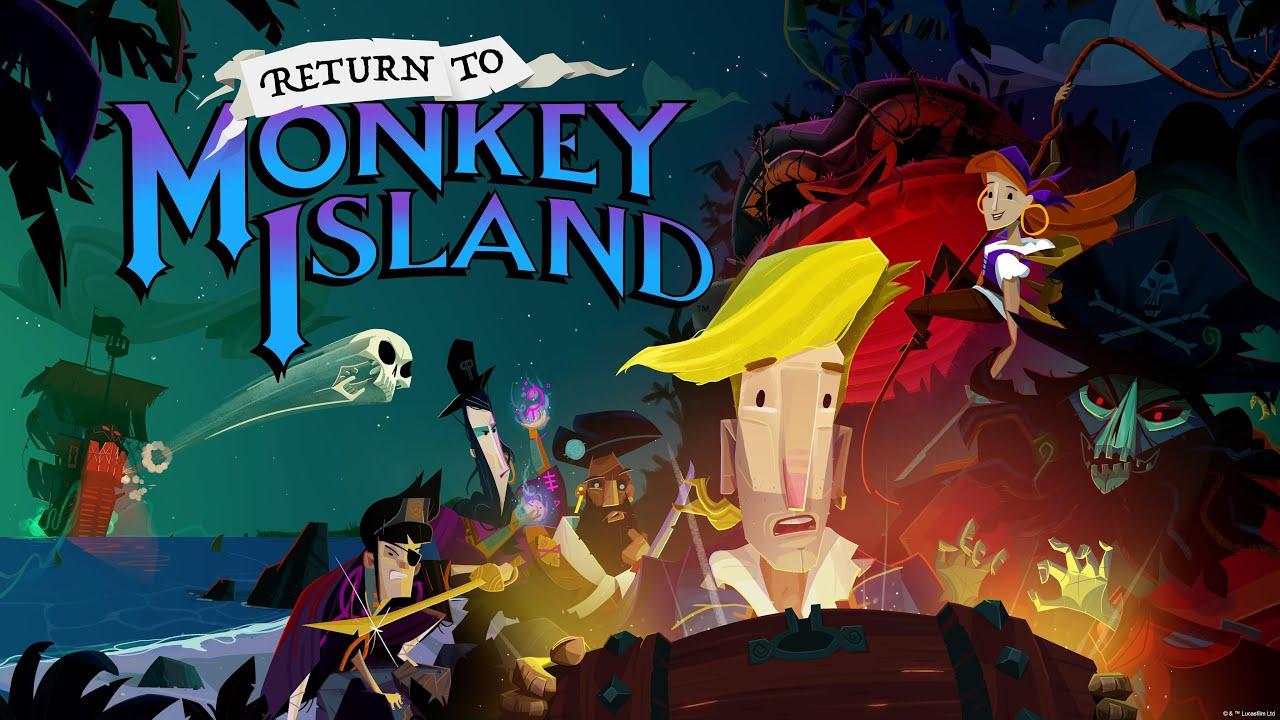 It’s been many years since Guybrush Threepwood was last locked in a battle of wits with his nemesis, the zombie pirate LeChuck. His true love, Elaine Marley, has turned her focus away from governing and Guybrush himself is adrift and unfulfilled, having never found the Secret of Monkey Island. Hip, young pirate leaders led by Captain Madison have shuffled the old guard from power, Melee Island has taken a turn for the worse, and famed businessman Stan has been imprisoned for ‘marketing-related crimes’.

Banter with old friends and new faces on familiar islands now under dangerous new leadership. Then, take to the high seas and explore the new and unknown as you work your way out of tough predicaments. Clever puzzles, bizarre situations, and devastating ripostes are all that stand between Guybrush and glory.

We don't quite know what platforms it will be on yet as it's all "TBA" (to be announced).

We do often include affiliate links to earn us some pennies. We are currently affiliated with GOG and Humble Store. See more here.
About the author - Liam Dawe
I am the owner of GamingOnLinux. After discovering Linux back in the days of Mandrake in 2003, I constantly came back to check on the progress of Linux until Ubuntu appeared on the scene and it helped me to really love it. You can reach me easily by emailing GamingOnLinux directly.
See more from me
Some you may have missed, popular articles from the last month:
46 comments
Page: «5/5

Quoting: KetilIt's one thing to say that the art style doesn't appeal to you, and another to claim the people in the team didn't feel safe giving their opinions on where it was going.

This tells me you have never been working in the (modern) entertainment industry.
Quite frankly, it's a circlejerk and often times even very incestuous (not in a literal sense, more like nepotism combined with hiring by appearances).
People who do not tow the line of whatever someone higher-up is pushing are quickly out of a job.

I've been working somewhat close to the industry now and again over the years - not directly in it, but, you know, close enough to have people from various companies telling you things, especially things they won't bring up to their superiors.

Is it possible that the entire team was totally behind that style from the get-go, despite the very foreseeable reaction (love/hate) it would garner from fans of the series?
Yeah, it's possible.
But so is my theory, if you read again, you'll see I said "I can 100% imagine" (because I've seen and heard it happen many times over), not "this is definitely how it happened".

View PC info
OMG do I despise the negativity around the art style.

It feels like poor Ron fell into the trap of showing he takes the "criticism" personal and basically admitted to be vulnerable in that regard. This is what some people on the internet love to exploit and I think this is exactly what happened (still happens) and went far beyond a legitimate criticism.

Looking forward to the game.
Grateful, Ron was brave enough for this project at all.
I mean, that's a damn fvcking risk.
And it seems his worries were justified (even more than that).

What a sad turn of events after one the most exciting game related announcements (for *me*).
Hope Ron will be fine.

It all boils down to "That's why we can't have nice things".
5 Likes, Who?
ElamanOpiskelija 1 Jul

Quoting: subIt all boils down to "That's why we can't have nice things".

It really is a pity. I wonder what pleasure does anyone derive from ruining a developer's motivation like that.

Must have been really hateful comments too, I actually went to the blog now and noticed that many posts criticizing the art style still remain. So it wasn't those that were deleted, but other posts that contained personal attacks.

I wonder if people have become spoiled and desensitized by communicating with front-ends of soulless corporations, which seem to be able to take virtually any amount of hate and abuse in their webs and forums, only to politely reply "we are aware of the concerns and blah blah..."
... And now don't understand how to give feedback to an actual person.
6 Likes, Who?

View PC info
First impression of the graphics was a bit sour (I wonder how much that is owed to the fast paced cutting of the trailer), but they have definitely grown on me with every re-watch. There is actually quite a bit of details in the scenes and variation in the character expressions. Since pixel art does not lend itself that well(with exception like Thimbleweed Park of course) to the stupid letterbox format we call screens these days, this might actually be the better choice.

View PC info
PC and Nintendo Switch does not sound like Linux at all. I also don't like the art style and the surrounding drama. Muted Ron Gilbert on Twitter.
0 Likes

Chuckaluphagus 14 Jul
(I realize this thread had died down - mods, please feel free to tell me if I should have left it alone.)

I was just trying out Broken Age last night, since I had never played that one. I was struck by the similarities between the graphics style, and especially the animation style, and what we see in the Return to Monkey Island trailer. Characters move almost like marionettes, or shadow puppets. It works -- fits -- for Broken Age, I think. And given that the Monkey Island games resemble silly stories that you can share with your kids, that seems suitable, too.

Still looking forward to Return.
5 Likes, Who?
« 1«5/5
While you're here, please consider supporting GamingOnLinux on: