Them's Fightin' Herds has a big 3.0 update out now

Crazy animal fighting game Them's Fightin' Herds has a huge 3.0 update out now, bringing with it some new super abilities and some DLC pulled into the main game for everyone.

This 3.0 update gives "cinematic level 3 supers", a new universal character mechanic completing the move-set for all characters. The developers note many balance changes were done for this release, to really fine-tune the experience. The update is also coming in "hot", as a lot of the backend was updated too so there may be some lingering bugs. On top of that the character Shanty and all of their DLC content is now free in the base game for everyone. 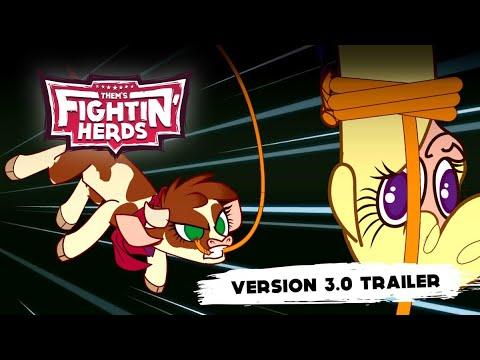 If you've been hovering over buying it, you may want to do so soon as the price will be rising after the upcoming Steam Summer Sale.

An awesome looking update for a super underrated fighting game, well worth playing for any fighting fans out there!
0 Likes
Purple Library Guy 14 Jun, 2022
I remember when there was no such thing as a game with a 3.0 release.
0 Likes
While you're here, please consider supporting GamingOnLinux on: