Dead Cells is the absolutely brilliant game from Motion Twin and Evil Empire. A rogue-lite, metroidvania inspired, action-platformer and it's not finished, far from it. The developers have just recently revealed a roadmap, that mentions how 2023 will be the "most exciting year in Dead Cells' history" which is a pretty bold claim.

Some players apparently thought the game was near the end after the latest big update and DLC but it's far from it. The developers mention how "we're very much in the mid-life of Dead Cells" so there's plenty yet still to come. Spoilers below on what's to come. 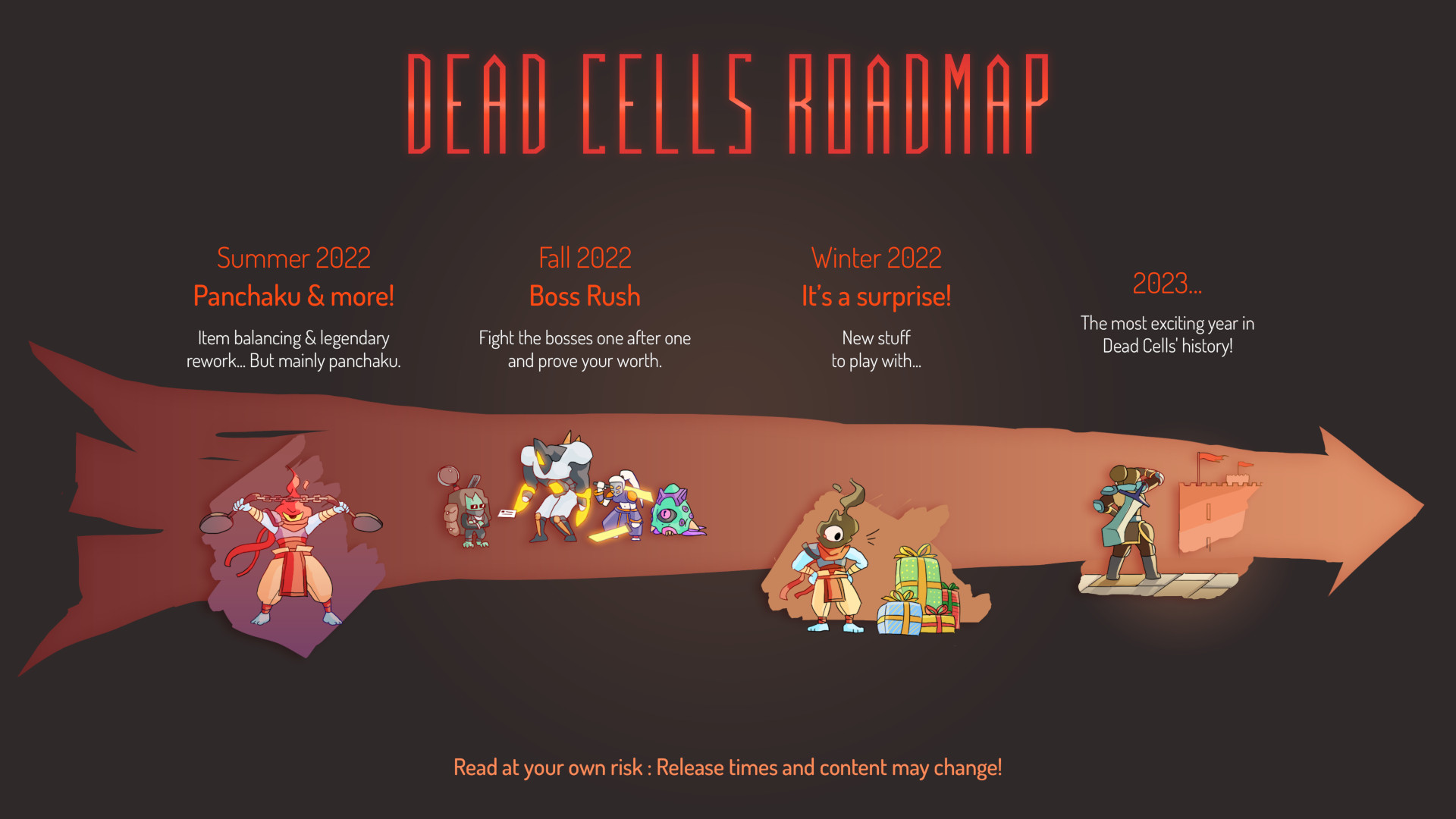 So the slightly spoilery info about what's to come includes:

View PC info
The idea of a martial art based around frying pans just gets me very interested. I look forward to the results of this experiment.
1 Likes, Who?
While you're here, please consider supporting GamingOnLinux on: