Stray, a game about a lost cat in a cyberpunk city, became something of a viral hit even before release. It's out now with a Steam Deck Verified rating from the get go. Note: personal purchase.

Developed by French team BlueTwelve Studio, with this being their debut game they've hit quite a mark with it getting some pretty high scores from various other publications. So once again, it's fantastic to see such a high-profile release working out of the box on Steam Deck and Linux desktop right at release thanks to Proton. 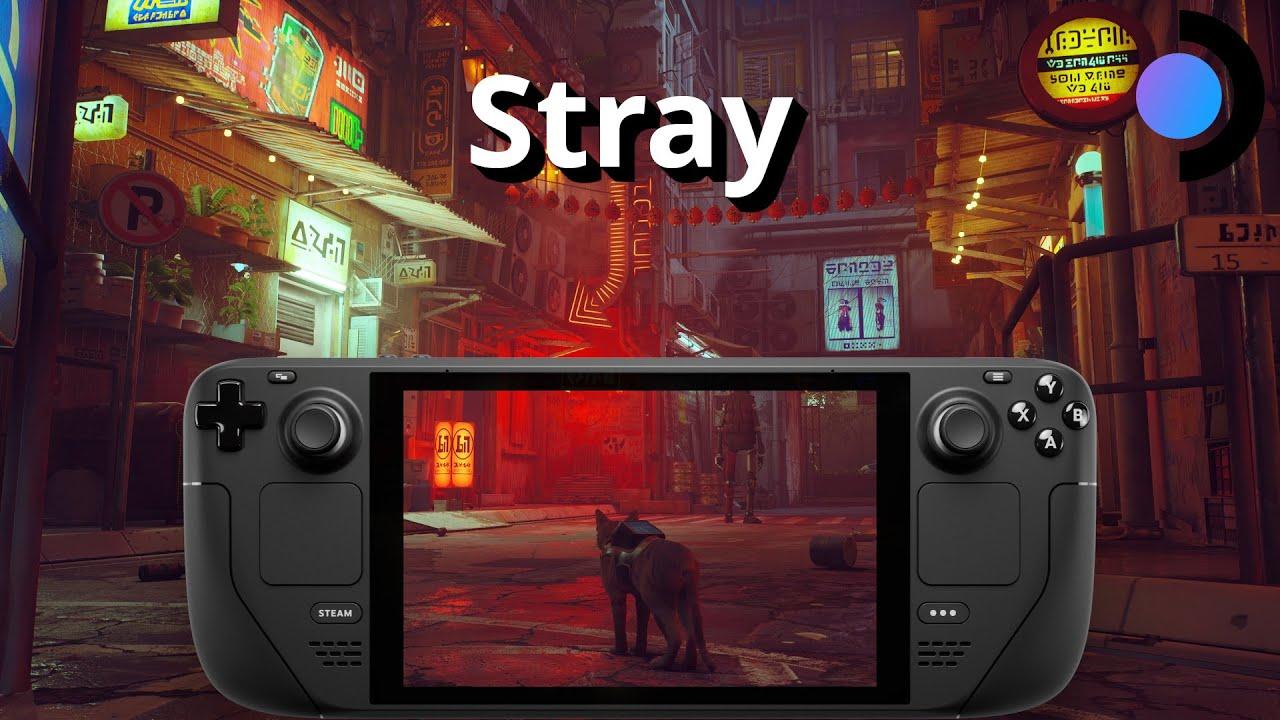 Even though it has a Steam Deck Verified rating, the out of the box graphics settings for the Steam Deck aren't the best. I saw quite a number of drops well below 30FPS but after switching a couple of settings down like Textures and Mesh Quality (as shown in the video) it performed well enough. That said, like a lot of bigger 3D games, battery life is really not your friend here. Aside from that, it's a genuinely lovely game and one cat lovers simply must grab. Being able to be a bit mischievous knocking things off high places, and the game actually using that is pretty awesome.

Stray is a third-person cat adventure game set amidst the detailed, neon-lit alleys of a decaying cybercity and the murky environments of its seedy underbelly. Roam surroundings high and low, defend against unforeseen threats and solve the mysteries of this unwelcoming place inhabited by curious droids and dangerous creatures.

See the world through the eyes of a cat and interact with the environment in playful ways. Be stealthy, nimble, silly, and sometimes as annoying as possible with the strange inhabitants of this mysterious world.

Along the way, the cat befriends a small flying drone, known only as B-12. With the help of this newfound companion, the duo must find a way out.

You can buy Stray on Steam.

STiAT 19 Jul
View PC info
Runs well on Nvidia with Proton. And it really is lovely.
2 Likes, Who?

View PC info
It crashed for me the first time after the opening scene. I switched to DX12 and have been fine since, not sure if that was actually necessary or if it was just a one-time glitch.
1 Likes, Who?

View PC info
Very great game, especially for cat lovers. It's fun to see and do things my cats do all the time :)

For me it runs very well with default settings on the deck on 30fps. I've limited the CPU usage to 8W to get a bit more out of the battery (otherwise it consumes like 20W), therefore it's not a stable 30fps - but almost. Without limitations I haven't noticed drops.

I had one issue on the main screen, where the steam overlay didn't work well. Could not adjust volume without opening the overlay and when I tried to respond to a chat message, it would not show the chat and controls were no longer responding. I had to reboot to fix it. Once in the game, things went smoothly.
2 Likes, Who?

Grogan 20 Jul
View PC info
I bought this tonight. I need a new relaxing, wandering type game, with escapism (I mean, something for me that makes me feel like my problems "won't find me here" lol)

It doesn't run half bad, for an Unreal Engine 4 game. I'm using a recent Proton-GE build. (and I haven't needed to install mediafoundation libraries)

On the PC, do remap any controls that may cause you strain. It recommends a "game pad" but I see no reason why that would be advantageous, for someone used to keyboard and mouse.

The default control scheme for keyboard isn't exactly designed by a panel of ergonomics experts. It had me holding Shift to run, using WASD to move, and having to hit Left Alt at the right times to attack, while running and avoiding these fat, rat-like scavengers. T'was then that I had to change the controls. That Left-Alt was causing strain after only 3 retries of that sequence.
1 Likes, Who?

View PC info
Been playing for an hour or so on the Deck and it's been fine. The graphics are bit pixel-y on default, so I might fiddle with those a bit, though it's not terrible. Unfortunately it doesn't seem to transfer saves across devices, I was going to continue on my PC with graphics at max but only had the option to start a new game. Maybe I'll do it for a future replay.
0 Likes

View PC info
I'm really tempted i must say. But after what Annapurna did with Outer Wilds, i'm having a hard time supporting them tbh...

The other interesting question when deciding if it's acceptable to deviate from "no tux, no bucks": Is it Deck Verified due to support by the Dev or is it just testing by Valve?
1 Likes, Who?

View PC info
It's not a bad game, but be aware it has a length of maybe 6-8 hours.
Which is IMO quite low for that asking price.

Definitely more within the walking sim genre than anything else, but if you're into that, probably a good purchase.
0 Likes

Quoting: PhiladelphusUnfortunately it doesn't seem to transfer saves across devices, I was going to continue on my PC with graphics at max but only had the option to start a new game. Maybe I'll do it for a future replay.

It's supposed to, it had Steam Cloud support.
0 Likes

View PC info
Is it suitable for kids? I am sure my 9 year old will ask for it the moment she learn about it. Thanks!
0 Likes
1/2»
While you're here, please consider supporting GamingOnLinux on: