Steam Deck hits over 4,000 titles marked either Verified or Playable

As more developers work to optimize their games for the Steam Deck, a bunch of Native Linux games release and Valve continue improving Proton - the Steam Deck continues to see more games go through Deck Verified and there's now over 4,000 listed officially.

This doesn't mean the Steam Deck can only play around 4,000 games, this is just those that have been formally verified. Currently here's what the ratings are (from SteamDB):

Some of the latest to be fully Verified include:

Other recent highlights include: 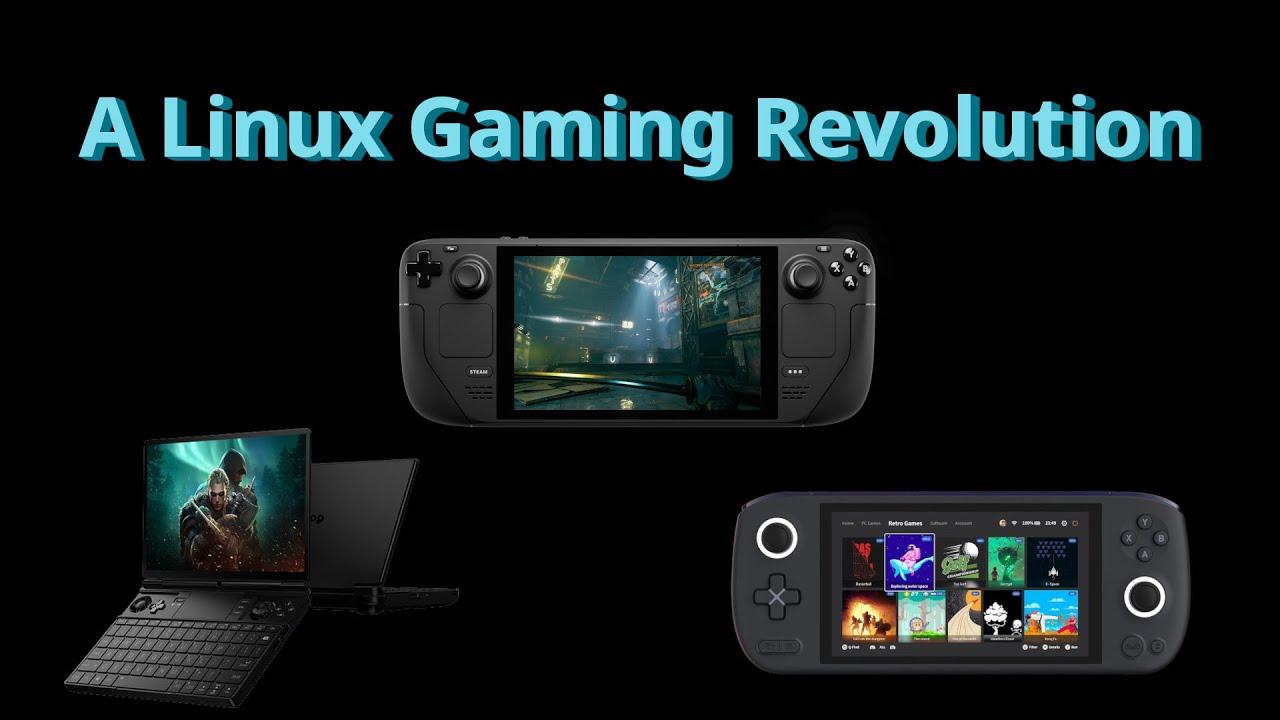 We do often include affiliate links to earn us some pennies. We are currently affiliated with GOG and Humble Store. See more here.
About the author - Liam Dawe
I am the owner of GamingOnLinux. After discovering Linux back in the days of Mandrake in 2003, I constantly came back to check on the progress of Linux until Ubuntu appeared on the scene and it helped me to really love it. You can reach me easily by emailing GamingOnLinux directly.
See more from me
Some you may have missed, popular articles from the last month:
29 comments
Page: «2/3»
itscalledreality 17 Jul

Funny how pre-Steam Deck the number of playable games on Linux was never celebrated. Maybe that’s been the missing piece to the stigma. This is just something I noticed on other gaming sites.

People love their Steam Decks and most of the love isn’t even about portability but that the games run fine. No one seems to be able to attribute this back to Linux, WINE, or any community behind ProtonDB that did the work before Valve helped put the pieces together. Valve gets a lot of credit and rightly so but I do feel it is a bit over-attributed. Which is too bad, because mainstream media will do as much as possible to make it seem like they were always cool. ;)
0 Likes

Quoting: tpauYes and since a non-handheld is usually more powerful

lol. My desktop is around a decade old. It was pretty beastly back then. I may or may not sell it because this Deck is going to be more powerful. With the money, I could get some eHDD caddies and another USB dock.

I wouldn't have my space heater anymore, though.

Quoting: itscalledrealityFunny how pre-Steam Deck the number of playable games on Linux was never celebrated. Maybe that’s been the missing piece to the stigma.

I think we didn't care about Proton as much and it wasn't this good. It seems like things have improved by leaps and bounds over the last year or two.

Also, because this thing is decidedly a console, there's a specific piece of hardware to tie to. It's a console first and running "SteamOS"

Quoting: itscalledrealityNo one seems to be able to attribute this back to Linux, WINE, or any community behind ProtonDB that did the work before Valve helped put the pieces together.

This makes me sad but, it's not surprizing. In the western european world, community is a dirty word outside of church. Looking at the bigger picture, that's at best a marketing term by big corporations to sell the idea that they're not what they are.
Things tend to be very simplified. It's easy to point to one thing but, once you've got to start rattling off a bunch of different names, technologies, communities... the masses are equipped to not be able to handle that. It's goes against capitalism and the slave-owner mentality of colonialism. The commonfolk are supposed to be good worker bees for companies, not some sort anarchic hippie free thinker contributing to a grassroots community that equalizes everyone.

But maybe I'm reading too much into this.

I'm still waiting for a little Tux icon with a proton in per belly, or just an atom. I think we need something to show the game works under Proton specifically. Steam could really just show a little Deck-like icon. The rest of the stores (Humble Bundle, Itch, GOG, IndieGala, am I missing any?) could stick to the particle.

View PC info
What would be nice is a 4th category. Keyboard Required. Like a game that runs perfectly fine, but needs a keyboard to play it.

I should attempt to set up a portable setup to play the Gold Box games....
2 Likes, Who?

Quoting: slaapliedjeWhat would be nice is a 4th category. Keyboard Required. Like a game that runs perfectly fine, but needs a keyboard to play it.

I should attempt to set up a portable setup to play the Gold Box games....

That's sort of the opposite of what you were talking about?

I think in time the keyboard required thing could be overcome for most games.

I could see some MMOs that have a great many abilities almost requiring a keyboard but, those also have many "clickers" so perhaps leaving a cursor near some skillbar would defeat the limited selection of hardware buttons. Unsure what else absolutely needs a keyboard besides typing games. lol

What I'd still like to see.. is the Steam Controller 2 with a proper mini-keyboard built in. Along with a dim/not distracting RGB backlight for the whole thing.
It'd be great for a day at the library or café. Hand your friend the controller and set up a larger portable screen...

.. I just realized.. that'd make the Deck almost NDS or Wii U like one screen on a "controller"/console. Now.. if there were some way for games to support Player 1 on one screen and Player 2 on another...
Maybe a workaround would be to have two versions of Steam running but, it wouldn't be able to handle running double of many games. hmm.
(multiseat? dated page)

Quoting: DemandredDiscovering this community since I got my steam deck. Thanks for this site !
Noob question, all games that run on the steam deck would work on a linux pc as well? Shall I jump into a linux experiment.... wait I just did. first time on a linux desktop to install the emulation on the deck.

While the general answer is "yes", there are some things to keep in mind when dealing with Windows-games running through Proton:
Long story short, the best experience on Linux is still offered by games that have a native Linux build, but Proton can get a lot of Windows games running too.
I'd recommend to check protondb for Windows-only games you care about, especially if you are using an nVidia graphics card (-> check the GPU the users reporting failure/success were using).
4 Likes, Who?

Where will the Steam Deck be after 5 years?
3 Likes, Who?

Where will the Steam Deck be after 5 years?

Well, let's see, assuming a linear extrapolation, and that Valve's been rating things for roughly half a year at this point, about 40 thousand games.

(Don't put too much stock into this back-of-the-envelope calculation though!)

Now that I've got my Deck in hand and have been enjoying it for a week and a half, I'm finding myself more personally invested in these numbers. Also in proper controller support for games, now that I own one for the first time.
2 Likes, Who?
he_the_great 18 Jul

Quoting: PhiladelphusNow that I've got my Deck in hand and have been enjoying it for a week and a half, I'm finding myself more personally invested in these numbers. Also in proper controller support for games, now that I own one for the first time.

I had been TV gaming through Steam Link to a Linux box the past couple years and having good controller support is very helpful. I played Giants Citizens Kabuto and having Steam Input was a life saver, but it was a huge pain to setup all of the control schemes for the 3 races. I could see that game tagged with keyboard required, but is the end it wasn't.
1 Likes, Who?

View PC info
I let my two nephews take a look at the Deck. They played Fallguys via Epic and Guardians of the Galaxy which is marked as playable. I got two big thumbs up from them.

They were especially interested in the fact that it is a PC and that it basically can run everything.
3 Likes, Who?

Where will the Steam Deck be after 5 years?

There could be surely more working games than any major console currently in the market, but people has to verify also very unknown games. Unfortunately there are around 64k games in the Steam store, and the ProtonDB website has shown that around 70% of the recorded games have a silver (or better) rating. Ideally, if we assume that that percentage is evenly distributed along all games, we could reach around 45k games supported on Linux/Steam Deck.
1 Likes, Who?
«2/3»
While you're here, please consider supporting GamingOnLinux on: