I'm not entirely sure when this went live but it appears that Epic Games have finally released a full proper download of Unreal Engine for Linux developers. Seems a lot of people noticed only today, although the page mentions the build was released Jul 12 - 2022, with GOL getting messages about it everywhere so it seems like a fair few find this quite exciting.

Previously, to use Unreal Engine on Linux you would need to compile it yourself from the source but now that's no longer the case. To get it you need to have accepted their EULA and be logged in with an Epic Account, once done it will offer up the ~20GB download to get you going but it mentions needing ~60GB for the full thing. Additionally, it seems their main supported Linux distribution is Ubuntu 22.04 although it appears to run just fine on Fedora 36: 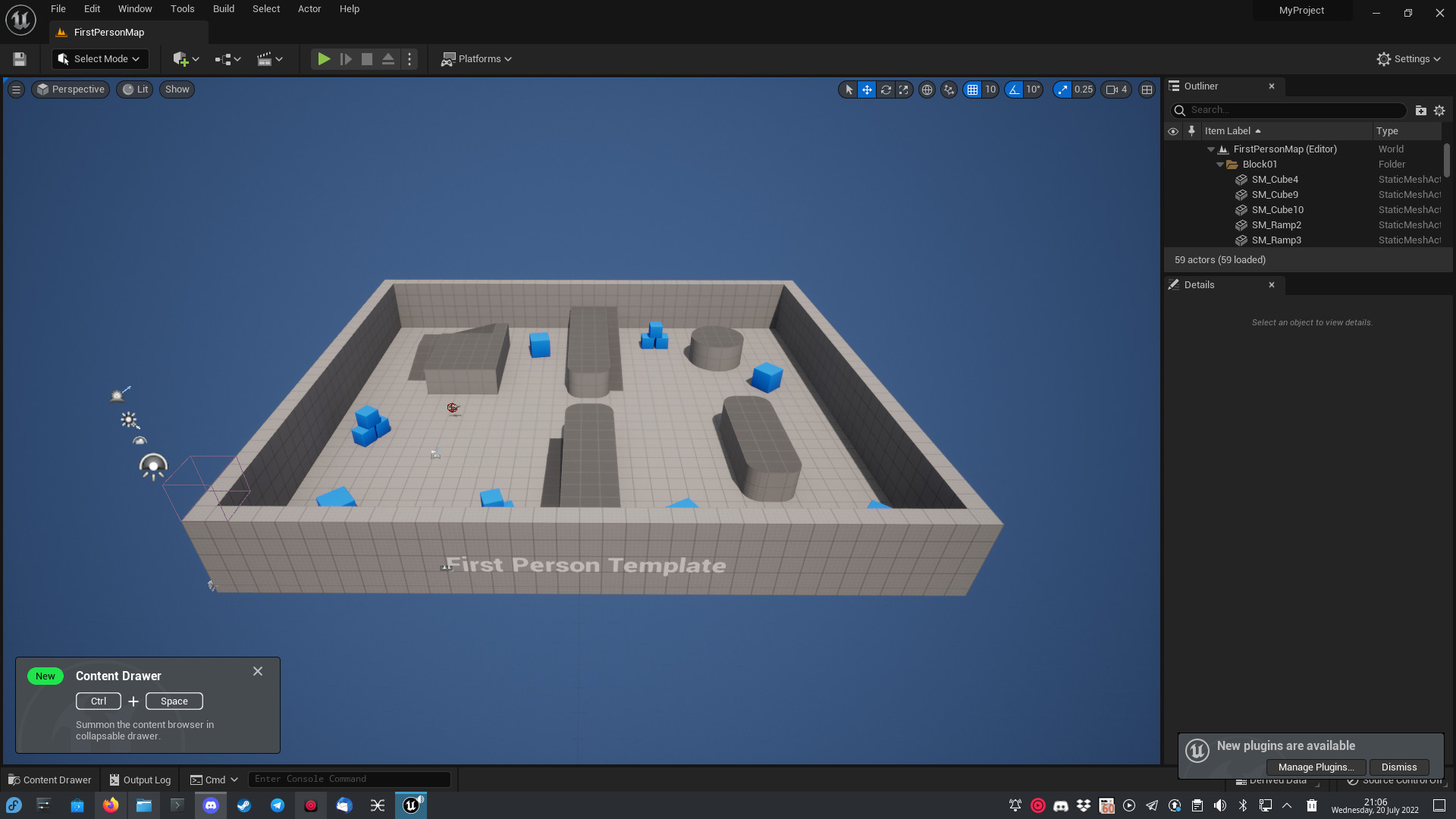 You can see more of the Linux requirements here.

Considering all the issues with Unity lately from joining with ironSource, their CEO calling some game developers "fucking idiots" and when that made the news that same CEO said on Twitter it was "Clickbait" only to then later apologise, this might be a good time for Epic Games to push their way through to pull in even more developers into their ecosystem.

So much great news for Linux gaming and even Linux game development lately, it's nice to see so many moving parts.

About the author - Liam Dawe
I am the owner of GamingOnLinux. After discovering Linux back in the days of Mandrake in 2003, I constantly came back to check on the progress of Linux until Ubuntu appeared on the scene and it helped me to really love it. You can reach me easily by emailing GamingOnLinux directly.
See more from me
Some you may have missed, popular articles from the last month:
34 comments
Page: 1/4»

salom 20 Jul
View PC info
Finally!
I promised my self back in 2018 to never (compile, use or learn) UnrealEngine until they give us proper Linux support and a native build
6 Likes, Who?

Mountain Man 20 Jul
View PC info
Quietly is better than not at all! Let's just hope they keep it updated.
9 Likes, Who?

Quoting: salomFinally!
I promised my self back in 2018 to never (compile, use or learn) UnrealEngine until they give us proper Linux support and a native build

Godot still got your back anyways ;D
9 Likes, Who?

Quoting: salomFinally!
I promised my self back in 2018 to never (compile, use or learn) UnrealEngine until they give us proper Linux support and a native build

Why? If you want to do anything reasonable with Unreal, you'll need to set up a build environment for C++ scripting anyhow (yes, there is Blueprint, but as soon as your project grows beyond "game jam" size, Blueprint scripts become so large and convoluted, that they are impossible to read/maintain). After using Unreal for a few days, you'll find yourself in the situation that you'll want to modify the engine because your project gets blocked by a bug in it. That's then the point where you uninstall the precompiled engine, compile it from source, and ask yourself why you thought it was a good idea to waste time on the precompiled build in the first place.

(Edit: Please take this with a grain of salt. I'm currently working with Unreal professionally, and had enough opportunities to get frustrated by it.)

View PC info
Another great example of the kind of small changes that come as a result of small increases in Linux marketshare that should make life considerably easier for game devs to port their games.

I think sometimes the more technically skilled developers (or Linux users for that matter) forget that even among developers, there are those who are certainly capable of writing a bit of code and running a python script or clicking compile in an IDE, but struggle with something like compiling a complex piece of software through a build system like cmake, resolving dependency issues, etc.

Having to compile Unreal Engine's Editor just to work on Linux was a real barrier for entry that potentially could have prevented many ports from indie devs as a result. Glad to see that resolved.
8 Likes, Who?

elmapul 21 Jul
View PC info
any chance of getting this running into SteamDeck/steamOS ?
1 Likes, Who?

Quoting: gradyvuckovicI think sometimes the more technically skilled developers (or Linux users for that matter) forget that even among developers, there are those who are certainly capable of writing a bit of code and running a python script or clicking compile in an IDE, but struggle with something like compiling a complex piece of software through a build system like cmake, resolving dependency issues, etc.

worse, they forget that there is a magic thing called "learning curve"
5 Likes, Who?
TheRiddick 21 Jul

View PC info
I guess I better start learning UE5, along with Godot. Honestly the levels of procrastination I go through is staggering!
0 Likes

t3g 21 Jul
View PC info
Another reason to get the HP Dev One laptop since it runs the Ubuntu 22.04 based Pop!_OS. 😎
0 Likes
1/4»
While you're here, please consider supporting GamingOnLinux on: