Cities: Skylines is getting another expansion with Plazas and Promenades

Plazas and Promenades is the next expansion for the city-builder Cities: Skylines, giving you the option to build up some special pedestrian zones. Build up your dream on-foot experience with it, apparently. Goodbye noise and air pollution huh? 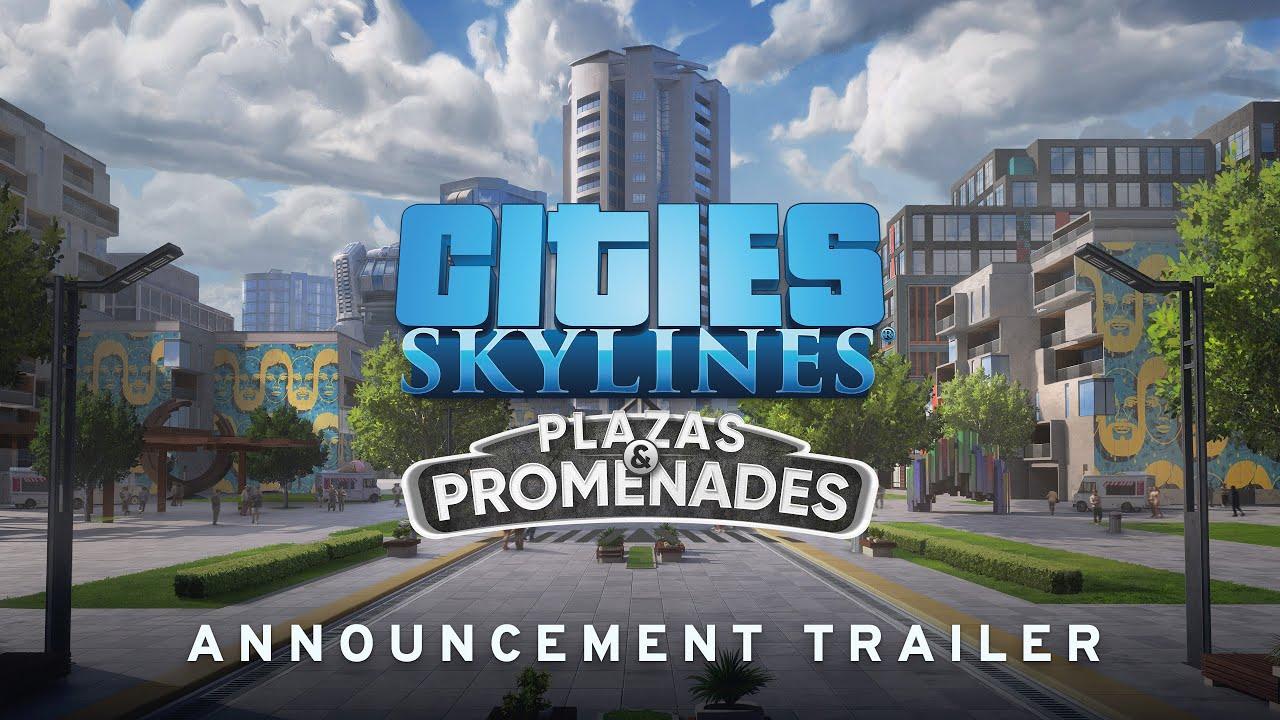 There will also be two content creator packs and two radio stations released at the same time. No exact date has been shared yet as far as I can see but they did say at release the main DLC will cost 14.99 USD / 12.99 GBP / 14.99 EUR.

You can pick up Cities: Skylines from Humble Store and Steam.

View PC info
Great to hear that they're still updating this game. I really hope they will one day give it a performance overhaul, though. The game gets really laggy when a city grows, even without a lot of user-made content installed.
The other thing I am still hoping for is American-style roads/signs. Our roads look fairly different from the European style used in the game, and it would be nice being able to build cities that actually resemble the ones I am used to. There have been mods doing that in the past, but the devs had a knack for breaking them time and again, so official support for that would be great.

Other than that, yes, support for pedestrian zones is great. I am going to buy that DLC, for sure.
3 Likes, Who?

UnixOutlaw 23 Aug
View PC info
I've been subscribing to all sorts of mods / assetts lately so I can make private vehicle traffic UN-friendly cities without much luck... This is very timely... Was starting to get sick of it - but this might re-awaken my interest (and force me to do midnight to dawn marathons : "I'll just plonk another metro station there, and THEN I WILL go to bed...")
0 Likes

View PC info
I haven't played this for some time, ever since they introduced the "blue roads" bug. For me that was too immersion breaking to enjoy the game...

Does anyone know if this bug has been fixed meanwhile?
0 Likes

View PC info
Ok, I like that concept for the trailer, that's a new one, and pretty funny. I haven't played for over a year now what with life being busy and not having time to really commit to long-form games, but I did like the previous airports DLC even if I never got around to buying it, so maybe when this releases it'll be time to pick up both and jump back in.

View PC info
Colossal Order just keeps delivering. This game has always been on the 3 major platforms too on Steam.
0 Likes

Quoting: soulsourceI haven't played this for some time, ever since they introduced the "blue roads" bug. For me that was too immersion breaking to enjoy the game...

Does anyone know if this bug has been fixed meanwhile?

I hadn't ever heard of that bug myself, and when I fired it up just now to check I didn't notice anything like that.
0 Likes

Klaas 26 Aug
I've never seen the blue roads bug, but I've only played the game one free weekend some time ago until I finally bought it this year.
0 Likes

View PC info
Good to hear, thanks! This probably means it's fixed. I'm going to install it again then.
0 Likes
While you're here, please consider supporting GamingOnLinux on: