From the official changelog:

To opt into the Beta, press the Steam button and head to Settings and then to System. Scroll down to Beta Participation and choose it from the drop-down box. 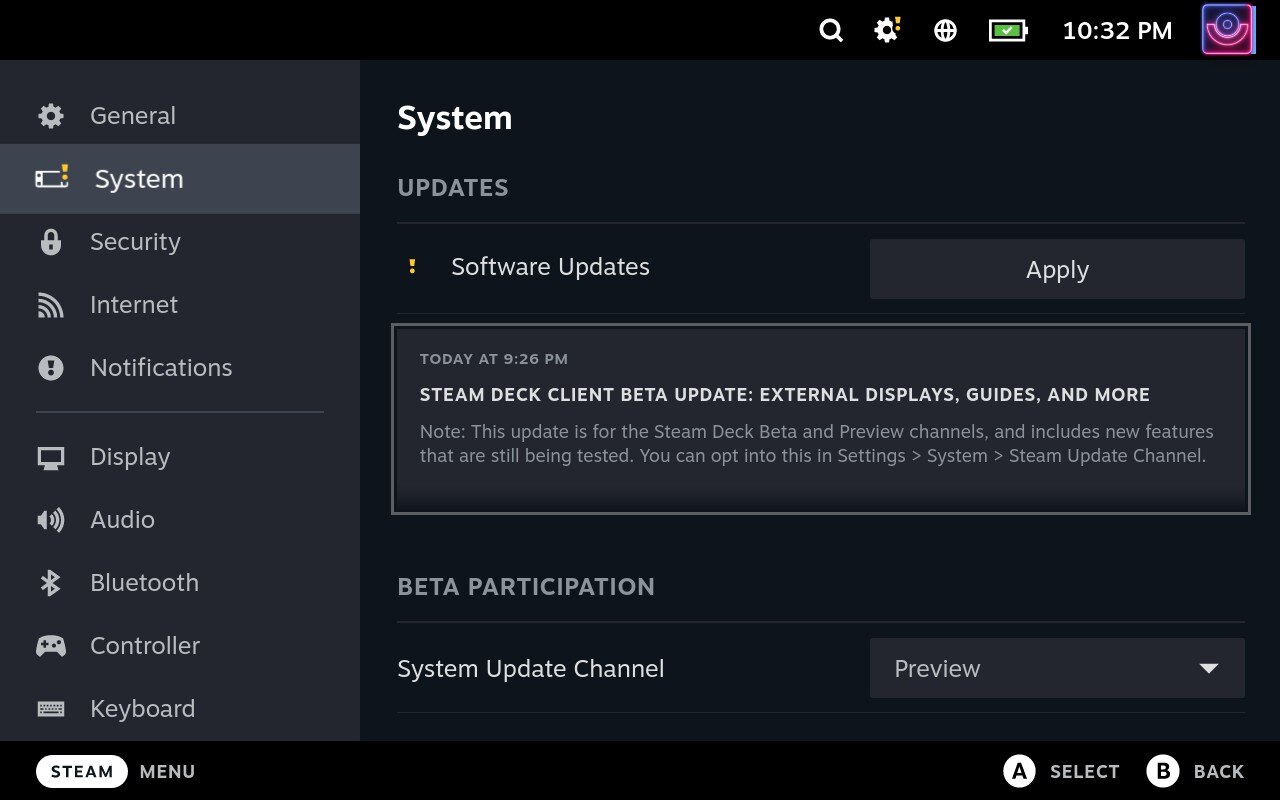 Other Steam Deck articles you should check out:

We do often include affiliate links to earn us some pennies. We are currently affiliated with GOG and Humble Store. See more here.
About the author - Liam Dawe
I am the owner of GamingOnLinux. After discovering Linux back in the days of Mandrake in 2003, I constantly came back to check on the progress of Linux until Ubuntu appeared on the scene and it helped me to really love it. You can reach me easily by emailing GamingOnLinux directly.
See more from me
Some you may have missed, popular articles from the last month:
3 comments
McCarthee 1 Aug
The overscan thing is nice, I've seen people talk about that.
1 Likes, Who?

View PC info
I am using the stable channel on my Steam Deck and can't wait until they (probably) make a huge stable upgrade with many of the beta features.
I do hope that they fix some minor annoyances that I have. For an example the force shutdown Steam+b (hold) does not always force a game to close. In most cases you can still start other games, however, unless the Steam Deck is restarted, you cannot start that game that is not shutting down properly. Also sometimes when the Steam Deck is woken up, the password unlock goes crazy (automatically "pressing" buttons") and only suspending and waking it up again fixes it.

In the store (which I assume can be fixes without a system update) they should add two things to a game's page.

const 2 Aug
View PC info
Really wished for the overscan feature. Last time we did a couch session with the deck, some games were hard to play because necessary info was invisible.
0 Likes
While you're here, please consider supporting GamingOnLinux on: