Isonzo is the latest in the WW1 FPS series from the creator of Verdun and Tannenberg. It's out now and available with Native Linux support.

The WW1 Game Series seeks to bring the Great War closer than ever before, and after prequels Verdun and Tannenberg, it is now Isonzo's turn to take the stage. Starting today, the Italian and Austro-Hungarian armies will clash in Isonzo river valleys and the Alps of the Southern Front. So far, it seems like a mostly quite improved version of the previous games in a new setting. The UI is also much cleaner than before. 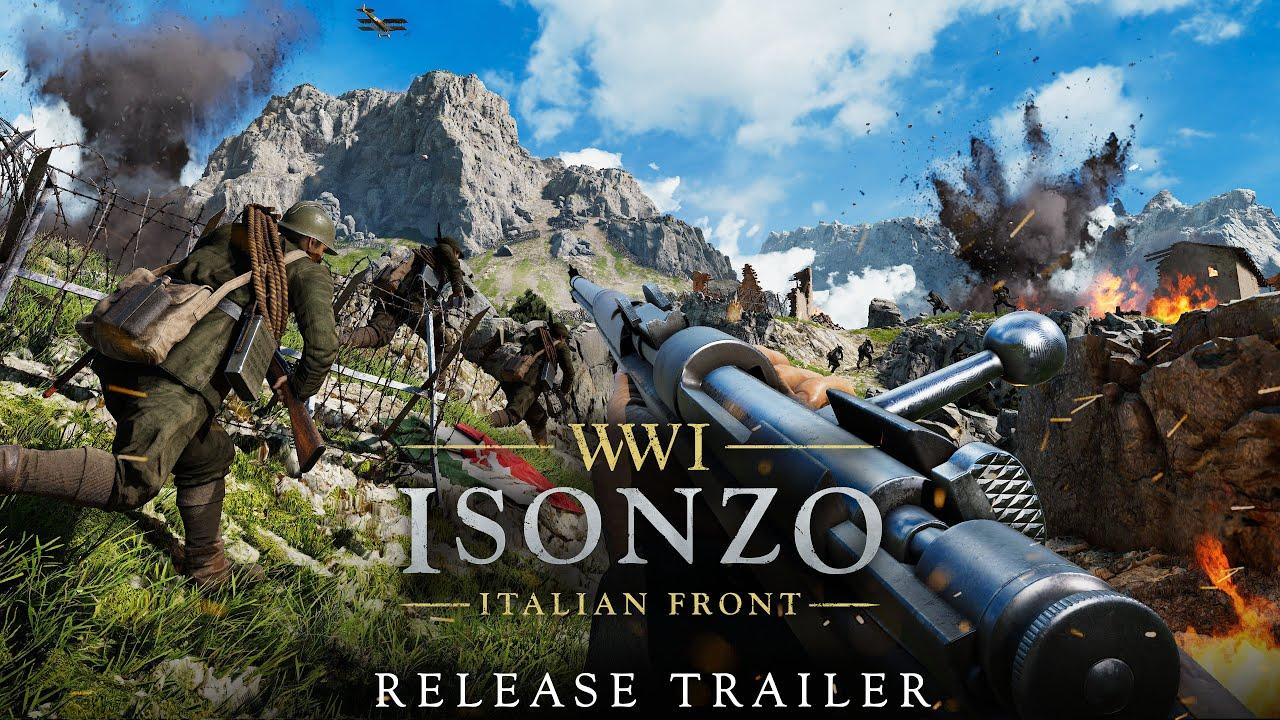 While the game seems to perform well in my testing, there do seem to be some issues. For example, it launched with scopes completely broken on Windows (which I believe they've now fixed) and for the Linux version, it looks like shadows aren't working properly so everything is a bit too bright. Initially I thought that was NVIDIA-specific, but some have seen it on AMD too. Checking it with Proton, it seems to work properly there, so it's an issue in the Native port.

I'll be checking back on it again sometime soon to video it and give more thorough thoughts, as my key only came in on release day.

From the press email: “We’ve worked on Isonzo for over three years now with a passionate development team and several historians. We’re all very excited to finally put this title out there for all to experience! But our Italian adventure doesn’t end here - as with our earlier games we have great plans for new content beyond launch. First up on the roadmap: German troops!” says Jos Hoebe, Creative Director and co-founder of the WW1 Game Series.

View PC info
Is it just me, or do they keep making the same game?
5 Likes, Who?

Quoting: LinasIs it just me, or do they keep making the same game?

Worse, they keep making similar-enough games set during different battles of World War I but rather than meshing them together under one umbrella "WWI" game they further divide their already niche player-base across three separate games.

You can expect a few months of support for Isonzo before their next WWI game is announced.

Playing against mostly bots in new-ish games gets a pass from me.
0 Likes
Purple Library Guy 14 Sep
Well, Italy might be a bit different I suppose. I mean, I'm not an FPS fan in the first place, but I would have figured a normal France-based WW I shooter to be kind of boring--you stick your head up out of the trenches, get it shot off, lather, rinse and repeat.
0 Likes

Quoting: Purple Library GuyWell, Italy might be a bit different I suppose. I mean, I'm not an FPS fan in the first place, but I would have figured a normal France-based WW I shooter to be kind of boring--you stick your head up out of the trenches, get it shot off, lather, rinse and repeat.

I have to wonder what's next for the franchise but I'd bet my bottom dollar that it'll be an entirely new game.

Quoting: LinasIs it just me, or do they keep making the same game?

I haven't bought Isonzo yet but I did play Verdun and Tannenberg. And yeah, they're both WW1-themed and relatively-realistic shooters. However, as with how in real life the fronts had their own idiosyncrasies and natures, the respective main modes of each title are fairly different; Verdun is trench warfare and all of the back and forth on an advancing or retreating front; Tannenberg has more maneuver and space with different chunks of the battlefield being fought over at the same time and affecting other positions in the process. They certainly feel different enough in practice even though they have a lot in common mechanically like being squad-focused.

The emphasis on mountain warfare—as well as sapping and the engineering side of things—does make it seem like it'll make Isonzo play out in a different way. I'm curious to see if the "dynamic battlefield" concept works out well.

And, well, if Verdun and Tannenberg are any indication, it will be possible to switch from one front to another in-game if you have the other titles installed.
4 Likes, Who?

View PC info
Both Verdun and Tannenberg were great so I am definitely interested to play this one!
0 Likes
Samsai 14 Sep

View PC info
I have barely scratched the surface of Isonzo, but I think some people are being really quite unfair to the developers. Verdun and Tannenberg play out quite differently from one another and Isonzo seems to change up the formula again, so it's not like they are just releasing the same game with new maps. The main gameplay objectives have changed between all three games and the maps work very differently.

Also, it's not like the developers just release a game then then immediately move onto the next. Verdun came out of early access in 2015, Tannenberg released out of early access in 2019. Both games received some updates along the way, although Verdun obviously got more content updates. This would be an entirely ordinary release cadence for shooter franchise.
7 Likes, Who?
Mal 14 Sep

M@GOid 14 Sep
View PC info
The Steam page says it have a one player mode. Is it any good?
0 Likes

Quoting: M@GOidThe Steam page says it have a one player mode. Is it any good?

I have the same question, I only like single player campaigns (I play games for different reasons than others and I can no longer tolerate any gaming stress, the neurotransmitter activity is bad for me)

I read reviews on Steam but I couldn't tell if they were talking about multiplayer or single. I read some describing it as unfun, they get their asses shot off as soon as they stick them out the door, sort of thing, but that sounds like multiplayer.
1 Likes, Who?
1/2»
While you're here, please consider supporting GamingOnLinux on: