Local Wireless Multiplayer is the latest huge feature to be added to the quite amazing Nintendo Switch emulator project yuzu.

For the official Switch hardware, this feature would allow two (or more) devices to connect up and play together. The way it works with yuzu is different to how it works on the Switch directly though, with it not being compatible with the Switch or other emulators. Sounds like a pretty extensive feature for yuzu too, with a whole virtual room system much like multiplayer lobbies you would find in various PC games. It also means you don't need a Nintendo account and it doesn't touch their servers. 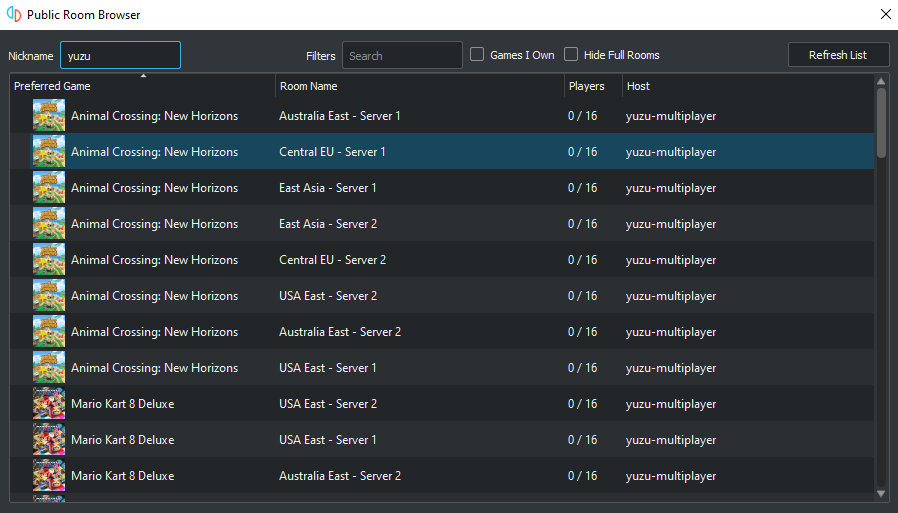 With various public rooms available, and users who are fully Verified with yuzu directly will be able to host public rooms too. For people who don't want to do any verification, they will still be able to make rooms but they won't be listed publicly.

Sounds pretty great, giving you even more ways to play with others.

It's currently in their Early Access build until it's ready to be fully public.

We do often include affiliate links to earn us some pennies. We are currently affiliated with GOG and Humble Store. See more here.
About the author - Liam Dawe
I am the owner of GamingOnLinux. After discovering Linux back in the days of Mandrake in 2003, I constantly came back to check on the progress of Linux until Ubuntu appeared on the scene and it helped me to really love it. You can reach me easily by emailing GamingOnLinux directly.
See more from me
Some you may have missed, popular articles from the last month:
5 comments
Mrowl 16 Sep
Ryujinx has full on online 8 player multiplayer working with Splatoon 3 on private lobbies, which you can set up via Ryujinx's discord. Can you do the same or better on Yuzu?
0 Likes
Purple Library Guy 16 Sep
So how's Yuzu on the Deck? Which is better to play Switch games on, the actual Switch or the Deck?
0 Likes

Quoting: Purple Library GuySo how's Yuzu on the Deck? Which is better to play Switch games on, the actual Switch or the Deck?

Only just got my steam deck so not much time with it so iv only tried three houses in the first battle I got 22 to 30 fps in vulkan and stable 30 in opengl but very long first time shader compilation and the experimental mesa only shader crashes at launch. In the free roam in opengl there is visual artifacts and vulkan has slowdown/different artifact. This is my early finds and I still need to get my friends hackable switch so I can dump my own games (I do own three houses).
0 Likes

Quoting: Purple Library GuySo how's Yuzu on the Deck? Which is better to play Switch games on, the actual Switch or the Deck?

The experience is still better on the actual Switch for most games I've tried so far. I've been getting various graphical artifacts and performance in a number of games hasn't been amazing. Performance can be improved by halving the render resolution and then upscaling with FSR but this can make smaller text and details pretty bad.

But I'll be flying to Hawaii in a couple weeks and it'll be nice to only have to pack one device and have access to all my games(and without cart swapping!). So far none of my games have outright failed to work or have had issues that stopped me from playing them.
1 Likes, Who?
While you're here, please consider supporting GamingOnLinux on: