Return to Monkey Island is out now, Linux version due soon

It's here at last. Terrible Toybox and Devolver Digital have today released Return to Monkey Island, and for fans of Native Linux ports one is on the way. For the Linux side, developer Ron Gilbert said on Twitter: "Works on Proton and a pure Linux version is coming soon after."

"Return to Monkey Island is an unexpected, thrilling return of series creator Ron Gilbert that continues the story of the legendary adventure games The Secret of Monkey Island and Monkey Island 2: LeChuck’s Revenge developed in collaboration with Lucasfilm Games." 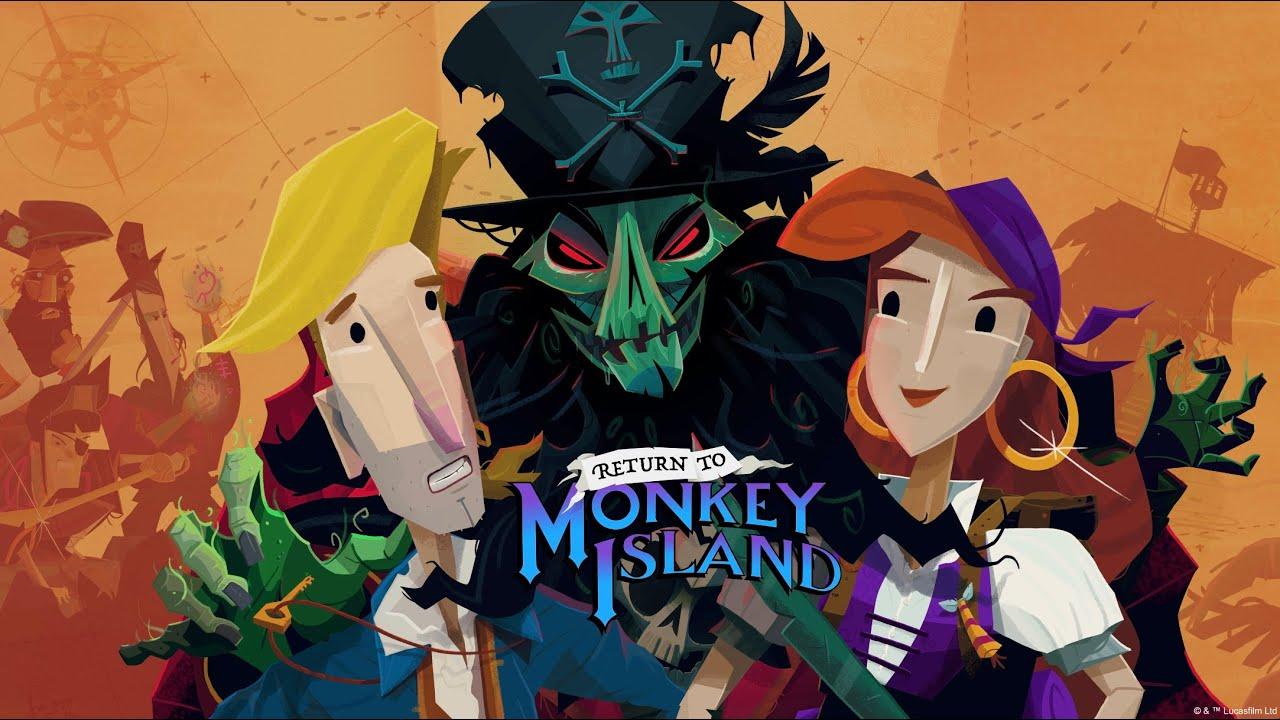 A long time coming for Monkey Island fans, hopefully it's been worth the wait. If you do pick it up, be sure to give some of your thoughts over in the comments.

About the author - Liam Dawe
I am the owner of GamingOnLinux. After discovering Linux back in the days of Mandrake in 2003, I constantly came back to check on the progress of Linux until Ubuntu appeared on the scene and it helped me to really love it. You can reach me easily by emailing GamingOnLinux directly.
See more from me
Some you may have missed, popular articles from the last month:
24 comments
Page: «2/3»

I assume DRM Free is not compatible with Disney... I really wish it goes to GOG but my expectation is really low, like the Linux version of it, really really low.

do linux games have DRM?

If nothing else, many Steam games are encumbered with Steamworks CEG DRM. The native Linux versions of the Higurashi games on Steam prevent Textractor from working, so I ended up having to buy the games again from MangaGamer's website to get my texthooker to work. As it turns out, the games are only encumbered on Steam.

However, there's no reason for developers to stop there with DRM on Linux. As another, non-game example, there's Widevine's EME modules for web browsers, which sites like Netflix and Amazon Prime use to encrypt their video, which also works on Linux.

Yes, Native Linux games can and do have DRM.
4 Likes, Who?

I assume DRM Free is not compatible with Disney...

All previous Monkey Island games are there, so why not.

Besides, the publisher for it is Devolver Digital, not Disney. They don't have any problems with GOG releases usually.

For my recollection the newer Monkey Island original game is from 2009 and is Tales of Monkey Island, other are older or remakes. On 2014 GOG reach a deal with Disney for publishing the old games of Lucas Arts news (I can't find the official link) but on the first chance that they where on discounts I bought them all and was at the start of 2015.

My cynical me don't trust anymore the mouse factory, and even the publisher is Devolver Digital (which I didn't know, thanks for pointing out they have a lot of good titles published ) I believe they must answers the owner of the IP and they will control everything for start to finish.

But let's not damp a glorious day that all the people that have Steam or Nintendo Switch are able to play a new game from an awesome and talented people that been dreaming to make this game for at least 30 years!
1 Likes, Who?

Quoting: CatKillerWith all due respect to Ron Gilbert, I'm extremely skeptical of any "we pinky-swear that we'll release a native Linux build Real Soon Now"

Fair enough, but Ron Gilbert was also the one who said:

"Over 1/3 of Thimbleweed Park sales are are on Mac and Linux. You're being silly if your ignoring that."
5 Likes, Who?
aukondk 20 Sep
I bought it, installed it and started playing it without checking or even thinking about if it would run on Linux. That's how seamless things have gotten. It didn't even occur to me I might not be able to play it. I didn't just buy it, I preordered it! I'm surprised at myself.
7 Likes, Who?

Milanium 20 Sep
View PC info
Ron Gilbert mentioned in his blog that this was developed on Linux, so I assume the porting will be easy. Still sad that it wasn't a priority to get it on launch day.
5 Likes, Who?
stee1rat 20 Sep

Not available in Russia. I guess I will have to pirate it, even though I would really like to support the authors.
2 Likes, Who?

Quoting: stee1ratNot available in Russia. I guess I will have to pirate it, even though I would really like to support the authors.

How is game availability in Russia nowadays? Is it depending on the game?

Quoting: pleasereadthemanualYes, Native Linux games can and do have DRM.

of course they can, but do devs use it?
i think feral did not. does thimbleweed park have DRM on steam?
0 Likes
stee1rat 20 Sep

Quoting: EikeHow is game availability in Russia nowadays? Depending on the game?

Yes. The ones I've noticed are Sea of Thieves and Witcher 3. Now also the Monkey Island games. Most of the other games are available. The biggest problem is paying for steam wallet :) We have third party sites to do it now. Not as convenient as before, but what can you do.
2 Likes, Who?

Quoting: MilaniumRon Gilbert mentioned in his blog that this was developed on Linux, so I assume the porting will be easy. Still sad that it wasn't a priority to get it on launch day.

Mac, not Linux. "It will be released on the Mac. 90% of the programming team is on the Mac. Windows is the "port"." Ron Gilbert himself got a Linux machine after Apple annoyed him, but I don't know for sure that he's still using it.
5 Likes, Who?
«2/3»
While you're here, please consider supporting GamingOnLinux on: