The Wandering Village is absolutely mesmerizing

The Wandering Village from Stray Fawn Studio, a game about building a village on the back of a massive moving creature has just entered Early Access with Native Linux support. Note: key provided by the developer.

I'm not going to hold back on you for this one and just jump straight to the point — this is without a doubt one of my favourites of this year. Something about it just feels slightly magical. City and village builders are a pretty crowded genre nowadays, with many different forms of it and yet Stray Fawn Studio have hit a home run here as far as I'm concerned. Admittedly though, the graphical style mixture took a brief bit of getting used to but after that it's smooth sailing. Or in this case, slowly walking along.

Inspired by Hayao Miyazaki’s Nausicaä of the Valley of the Wind, this is as unique as it gets. 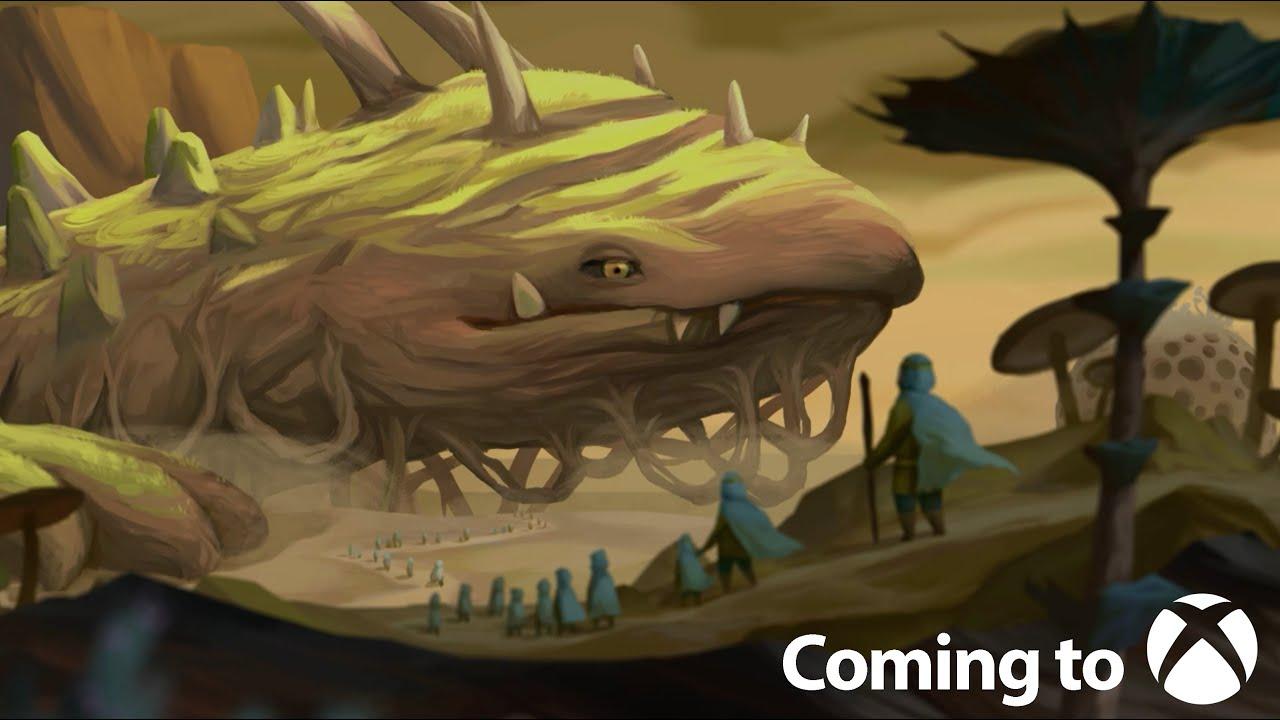 The first time your great big creature friend Onbu gets up and starts moving, you never forget it. Honestly, that is already going high up in the list of things I won't ever forget. One of those great moments in gaming where you just sit back and go "wow!". It's really something. That's not the only thing I won't forget…there's me needing some stone, so I casually tell my people to go harvest what clearly looks like stone. After a while Onbu starts getting pretty grumpy and the game keeps telling me about their spikes being torn out and it took me far too long to realise I wasn't mining normal stone but Onbu's spikes. I felt quite bad after that. Please forgive me Onbu.

It reminds me of classic Settlers spiced with a little of RimWorld with an extra layer of survival. That is perhaps the best way I can think of to describe it right now. Not only are you building up your village and keeping your people fed, you've got this massive creature to worry about too. What path you should take next, will Onbu get sick, when will Onbu decide to have a nap and will it be a problematic area to sleep in? So much to think on.

An easy recommendation to go and pick it up right now. The Linux version has been running great!

We do often include affiliate links to earn us some pennies. We are currently affiliated with GOG and Humble Store. See more here.
About the author - Liam Dawe
I am the owner of GamingOnLinux. After discovering Linux back in the days of Mandrake in 2003, I constantly came back to check on the progress of Linux until Ubuntu appeared on the scene and it helped me to really love it. You can reach me easily by emailing GamingOnLinux directly.
See more from me
Some you may have missed, popular articles from the last month:
7 comments
TheRiddick 14 Sep

View PC info
Could never get into city/town builders.. I think the last civ like game I really got into was Alpha Centauri. Before that was Transport Tycoon (some version).
0 Likes

denyasis 14 Sep
View PC info
On the spectrum of say Stardew Valley to RimWorld, one being more about managing relationships and the later being more into the simulation side of a whole colony, where would you put The Wandering Village?

Mostly asking as my partner prefers the former (Stardew valley, spirit Farer, etc). I get the impression it's more colony management for the village with managing a relationship with Onbu or am I off mark?
1 Likes, Who?

ShabbyX 15 Sep
View PC info
My wishlist is full of games I get excited about after reading Liam's overenthusiastic reviews, while months later I see them on discount and look at the store page and be like why tf did I ever think I might be interested in this.
2 Likes, Who?

View PC info
Tried the demo whenever that was was (early this year?) and loved it, going to pick it up now that it's out.

Quoting: denyasisOn the spectrum of say Stardew Valley to RimWorld, one being more about managing relationships and the later being more into the simulation side of a whole colony, where would you put The Wandering Village?

Mostly asking as my partner prefers the former (Stardew valley, spirit Farer, etc). I get the impression it's more colony management for the village with managing a relationship with Onbu or am I off mark?

Definitely more like RimWorld, though it doesn't have the same depth of people simulation. Your villagers are pretty fungible, able to swap jobs instantly without building up skill in a particular area. (At least, it was like that in the demo, though from a little footage I've seen I don't think they've suddenly added a per-unit skill system.) The relationship with Onbu can be fairly touching, but you're not going to be having Stardew Valle-style conversations or anything (it doesn't talk, after all). It's quite a fun little game, it's just not as deep as various other similar games.
4 Likes, Who?

Liam Dawe 15 Sep
View PC info
Yeah, this is why I compared it to Settlers and RimWorld together. It's a village / city-builder first and foremost with a bunch of added extras like an events system and other fun bits.
3 Likes, Who?

Rixalabur 15 Sep
Sounds really good...now, already playing Valheim and Ziggurat II a lot. Do I have time for another good game? For now on my wishlist. Really looks good though.

-edit-
Who am I kidding, bought it

View PC info
Bought this and love it. But I bet the Synergy developers are kicking themselves that they weren't first to market. They're in the "Made in France" showcase on Steam right now and the similarities are startling.
0 Likes
While you're here, please consider supporting GamingOnLinux on: