Sony and Sumo Digital recently put out another port, this time it's Sackboy: A Big Adventure an offshoot of the LittleBigPlanet series.

Unlike previous Sony releases, it didn't have a Steam Deck rating before release and still doesn't yet. The good news is that it works out of the box on both Steam Deck and Fedora Linux seemingly without any major technical issues. It does have some shader stutter, which smoothens out over time though (likely as it had no full testing before release).

With Proton 7, it's click and play on Steam Deck and Linux. Here's some footage: 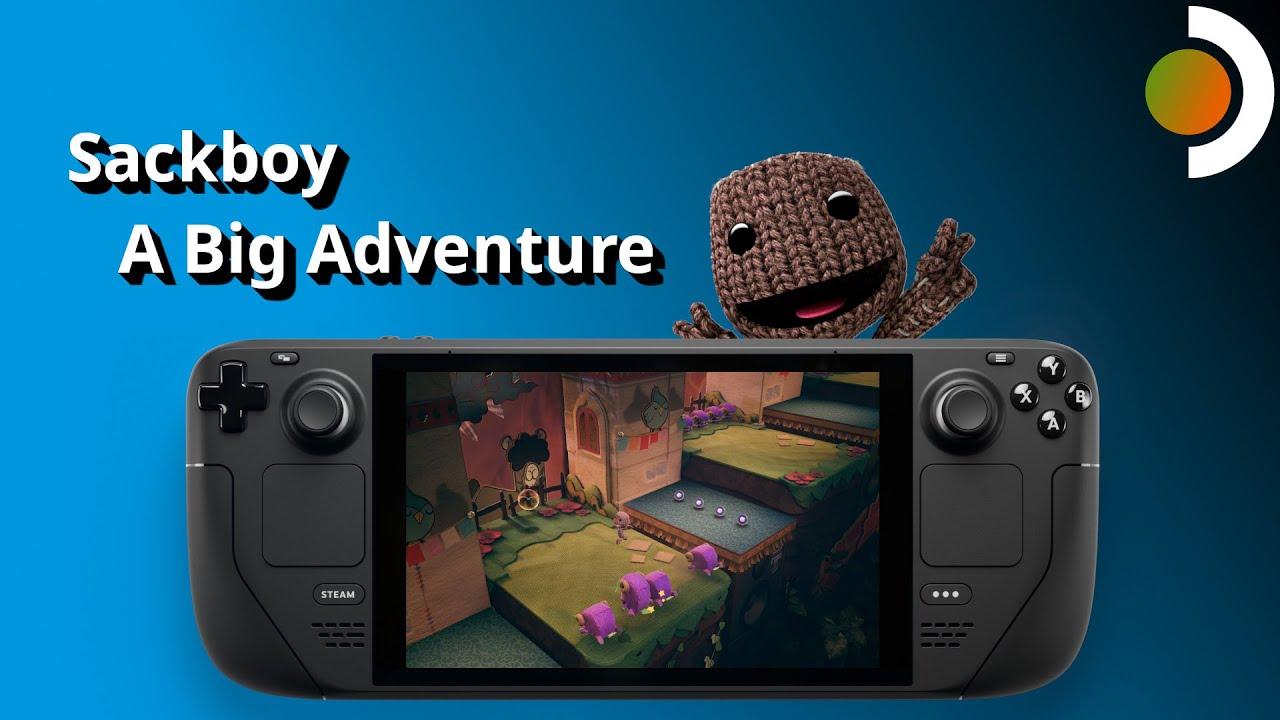 Very happy with how this runs. On my desktop, max settings produced a very smooth experience overall. On Steam Deck, keeping it on High settings, with the screen locked to 40Hz and TDP set to 10 — gave a really good feeling too with better battery life than the default (a good while over 2 hours).

On desktop, it seems it doesn't get along with MangoHud, which vanished every time on the initial loading screen so in the brief desktop bit in the video, you will see the normal Steam FPS counter in the top left corner.

View PC info
omg! Didn't know this game got a PC port, it's one of those I wanted a PS5 to play *specifically*. Thanks for reporting on it, Liam!

pb 29 Oct, 2022
I'm pretty certain Sony will make sure all their remakes work well on SD. Even if they don't have this written down in their deal with Valve, they must be aware that a big chunk of SD users came from the PSP/Vita crowd.
1 Likes, Who?

No, more likely just diving goggles. Look at the wetsuits hanging behind it. He is on a yacht.
4 Likes, Who?

No, more likely just diving goggles. Look at the wetsuits hanging behind it. He is on a yacht.

Chillin' with the Deck on deck.

View PC info
It's interesting to see the sort of support that Sony (and Microsoft) are effectively giving the Steam Deck, since they now don't have to take the risk on creating their own handheld hardware themselves. I wonder if we'll see Ratchet & Clank or Sly Cooper anytime soon?

Gaben is so overweight. At this point, my biggest fear for Linux is not the death of Linus, but the death of Gaben!
2 Likes, Who?

Wandering off topic, I've never really understood the thing rich people seem to have for yachts. Particularly the whole "bigger the better" thing. Like, if I was rich I might get a little sail boat, because noodling around on little sail boats is fun. Maybe I'd pay someone to do most of the maintenance, because maintaining little sail boats is not so fun. But when you get into yachts where you have to have like a captain and a crew and most of the time you spend on it you might as well just be in your living room at home except it's like there's a frigging captain and crew in your house with you, what's the point?

(I know, I know, the point is dick measuring)


Last edited by Purple Library Guy on 30 October 2022 at 6:00 pm UTC
4 Likes, Who?
While you're here, please consider supporting GamingOnLinux on: