Wine manager app Bottles gets some drag and drop fun

Bottles is the awesome free and open source app to help you manage the Windows compatibility layer Wine. A fresh release is out now with version 2022.9.28 (yes I'm a few days late).

With Bottles, you can easily install the likes of Battle.net, EA Launcher, Origin, GOG Galaxy and more with a growing list of easy installers. Plus you can just throw in whatever Windows apps / games you need. It's just a nice tidy way to keep it all together.

My favourite new feature is easily their new drag and drop implementation for running things, allowing you to throw a file on top of the window when you have a configured Bottle open to then run it inside it. In other words, you have a Wine Bottle created, then you drag and drop a Windows game / app installer inside — neat!

Display Settings also now have their own dedicated dialog, which looks a bit cleaner and keeps things a bit more focused for when you're tweaking various options. Like virtual desktop resolution not appearing unless the setting is actually turned on. 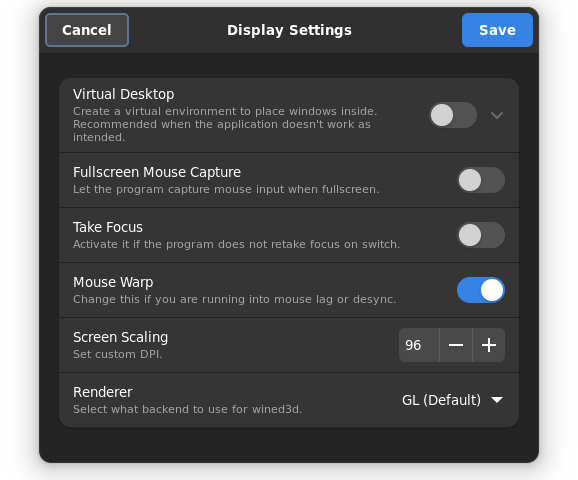 Their work on the UI is great and they've continued cleaning it up in other places too, along with their continued work to have Bottles use the full power of the latest generation of GTK4 and libadwaita for designing interfaces. When tweaking your Gamescope settings, they've also adjusted the dialog to "be more intuitive and self-introducing". Plus lots more.

View PC info
Piola!
0 Likes
Purple Library Guy 4 Oct
It's always nice to see open source projects sweating the UI. Open Source software has acquired a stereotype of "Totally powerful, if you can figure out how to use any of the power" which is sometimes deserved.
7 Likes, Who?

Solarwing 4 Oct
"World leaders sell nuclear missiles cheap. My stomach turns, my flesh creeps." This is how I felt like when I saw these news. How nicely awful

! What am I talking about?Humbug ofc! But now the real thing. I like bottles. It's somehow easier to use bottles than Lutris. Also it's nice to see so active development. Keep it going!

Bottles really is a nice piece of software (even though using the GTK design ;P)
0 Likes
While you're here, please consider supporting GamingOnLinux on: