Microsoft upgraded Xbox Cloud Gaming for Linux and ChromeOS (so Steam Deck too!)

On the community Reddit for Xbox Cloud Gaming, an Xbox employee put up a small announcement about an upgraded experience for Linux and ChromeOS game streaming.

Something we've been waiting on for some time, as without workarounds you were limited to a low resolution. You could make it better by spoofing Edge on Windows for example. Even with that, I noticed it didn't perform as well as expected. Now, that should no longer be the case.

Hi everyone! We've just released a set of performance improvements on Xbox Cloud Gaming for gamers playing via browser on Linux and ChromeOS devices. You can expect a higher resolution and smoother streaming experience.

These changes also complete a long journey of upgrading our browser gaming experience to a different streaming technology. You should now have a more consistent experience in the browser, no matter what device you use.

Testing it myself today on both desktop Linux and Steam Deck, and it does seem to work just fine.

Despite what Microsoft like to say, you don't need Edge and it works just fine in Chrome. Nothing extra is needed on desktop Linux, it's click and play. But for Steam Deck, you can set it up like this:

As a side-note, if you really do need or want to use Edge instead of Chrome, you can just change the end of point 2 to have this at the end com.microsoft.Edge instead of com.google.Chrome.

Here's a video reminder on how to do it along with some quick footage: 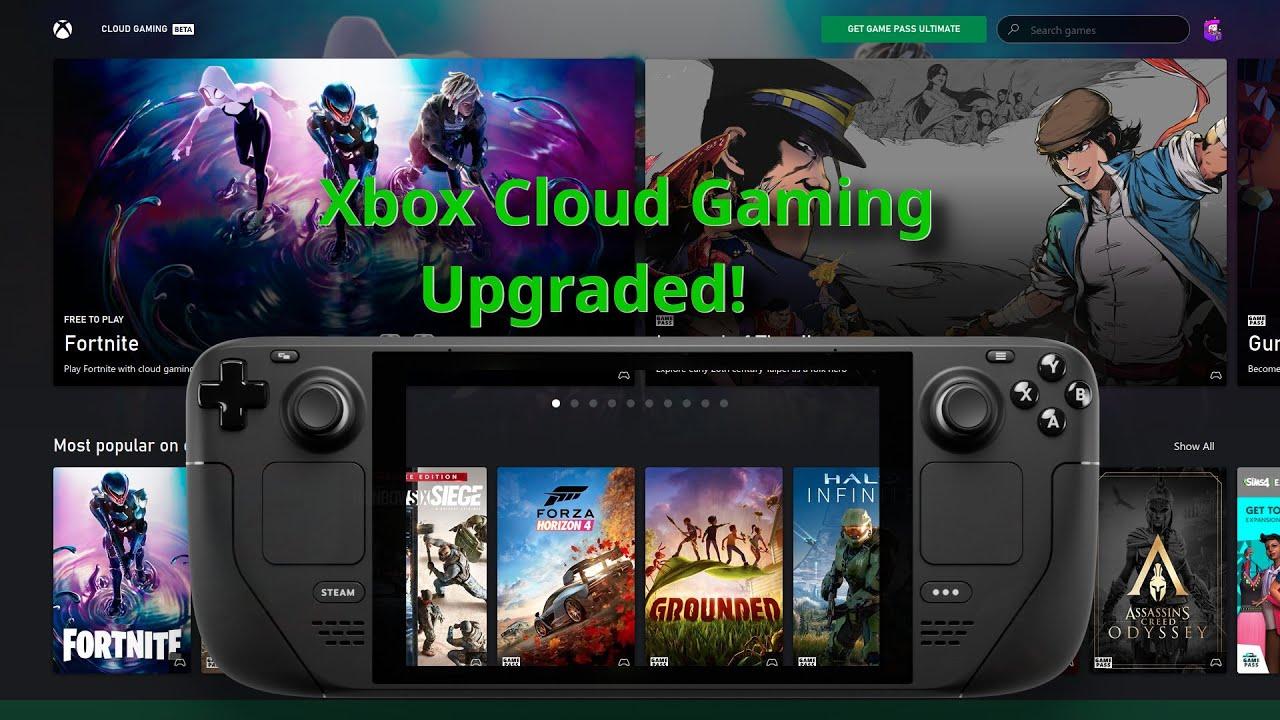 About the author - Liam Dawe
I am the owner of GamingOnLinux. After discovering Linux back in the days of Mandrake in 2003, I constantly came back to check on the progress of Linux until Ubuntu appeared on the scene and it helped me to really love it. You can reach me easily by emailing GamingOnLinux directly.
See more from me
Some you may have missed, popular articles from the last month:
17 comments
Page: «2/2

on my Ryzen 5 system it works great but on my atom cpu netbook works like shite. I hope this fixes it.

View PC info
What about Brave, Vivaldi, Opera, and Chromium as well as Ungoogled-Chromium? Everyone has their own preferences, and while I think it should work correctly on all of them, a few like Brave might have problems with its default or Ungoogled-Chromium might be missing some component to make it works.

Can't test it myself because I don't have a subscription, but it'd be interesting to know if there's any variation in these other browsers.
0 Likes

Quoting: heidi.wengerSo doesn't work on Firefox huh. No, then.

I've yet to see any cloud game service of any kind support Firefox. Don't entirely know why.

It’s most likely that Chromium browsers have the largest market share. There isn’t much of a reason to develop for Firefox first today.
0 Likes

on my Ryzen 5 system it works great but on my atom cpu netbook works like shite. I hope this fixes it.

yeah but steam remote play otoh works great on the netbook. I suppose it's because xcloud tax the local cpu more because of compression stuff.

Quoting: heidi.wengerSo doesn't work on Firefox huh. No, then.

I've yet to see any cloud game service of any kind support Firefox. Don't entirely know why.

It’s most likely that Chromium browsers have the largest market share. There isn’t much of a reason to develop for Firefox first today.

Web devs are a bunch of schmuks is why...

They should develop according to standards that work fine across all browsers. W3C exists so that a standard exists!

Unfortunately most of them tend to ignore the most important standards in their own field of work and on top of that companies like Microsoft like to "oops" some artificial limits on their products... "oh no, I didn't mean to force you to use MY browser for that, it was TOTALLY by accident..."

When you stop to think about it, why would Microsoft Cloud even work on Google Chrome with a fake browser agent if there was any REAL missing feature on Chrome preventing it from running?

And when it comes to Firefox, I have two initial thoughts:
1) a fake browser agent might also work and Microsoft just gave it a bonus time in the freezer
2) whatever doesn't work is probably not working because it prevents Microsoft from doing anti-privacy stuff that Google Chrome is all too happy to allow... which is exactly what started happening here recently with teams.microsoft.com recently on Firefox on Linux: it stopped working unless you degrade the default privacy settings to a more lax policy... I created a separate firefox user launched by a separate shortcut to let it run wild and still come up empty-handed from the snooping, but who even knows how and bothers to do so?

I would test myself, but I gave all my gaming money to Steam instead of Microsoft, because they actually put money on Linux and things just work.

I'm glad people who already spent money on Microsoft games cloud can use them on linux though! It makes it viable for more people to leave windows when they finally decide it's time to go.

Quoting: MarlockWeb devs are a bunch of schmuks is why...

Are really lazy and/or forced by clueless superiors believing marketing claims to use an increasingly number of bloated libraries.
0 Likes

Quoting: MarlockWeb devs are a bunch of schmuks is why...

Are really lazy and/or forced by clueless superiors believing marketing claims to use an increasingly number of bloated libraries.

Libraries that in turn could totally be browser-agnostic too, waaaaaay leaner, etc

The modern web seems to have become a whole ecossystem built on anti-patterns.

...but honestly in Microsoft's case I put this way more under the "oopsie" factor, because it's just what they do in so many of their other browser-based products.