Dwarf Fortress has now finally arrived on Steam, with all the shiny new bits including the new graphical tiles and audio included in Early Access. The good news is that even though it doesn't have Native Linux support yet, it does work on Linux desktop and Steam Deck with Proton.

It doesn't have controller support though, so on Steam Deck you'll need to mess about with Steam Input for a while to set it up how you want. I have no doubt it won't be long before someone makes a good one. To be honest with you, like a lot of people I was never able to get into it originally, it was a bit too retro for my tastes but this new more modern version definitely seems like something I can get into. The short guided tutorial is certainly a nice touch. 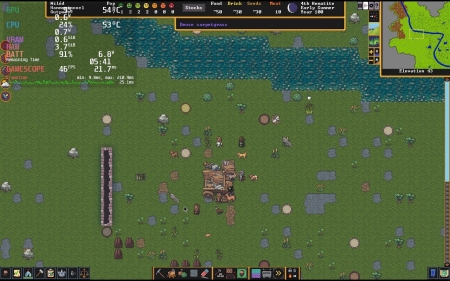 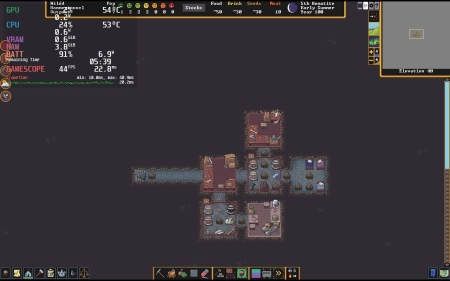 There's no Cloud Save support yet though, which for a game as big as this feels like a huge oversight. Even if you only play on one device, it's always good to have that backup there.

Both Steam Deck and Desktop Linux were tested with Proton 7.0-4. 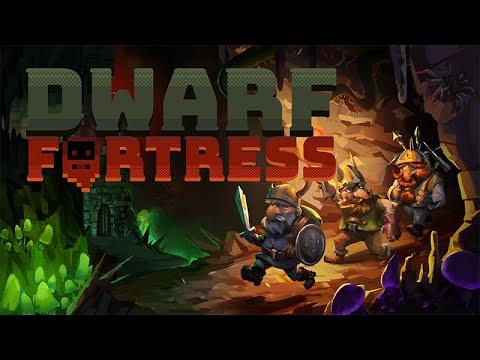 About the author - Liam Dawe
I am the owner of GamingOnLinux. After discovering Linux back in the days of Mandrake in 2003, I constantly came back to check on the progress of Linux until Ubuntu appeared on the scene and it helped me to really love it. You can reach me easily by emailing GamingOnLinux directly and find me on Mastodon.
See more from me
Some you may have missed, popular articles from the last month:
15 comments
Page: «2/2

Quoting: WorMzyI got gifted a copy by an ex-coworker who knows how much I love Dwarf Fortress. I'm playing the tutorial for shits and giggles and while I know it's really dumbed down for newbies, it seems a little too dumbed down. Maybe the help guides fill in the gaps, but there's no explanation of how to "prepare carefully", how to manage dwarf labours, how to check your stockpiles, how the health/military systems work, how to raise, butcher and process animals and use their by-products, how and why to avoid carp*, how to create and manage burrows, the importance of booze, etc.

Yeah, finished the tutorial, and was like, "Now what?"

View PC info
Dwarf Fortress gas never been my sort of game, but I've always wanted it to be.
0 Likes

Quoting: redneckdrowAlso, I'm concerned that the CPU overhead in WINE/Proton would lead to early FPS death (single-digit framerates, for the uninitiated). 'Course, you usually have to play without FUN for quite a while to hit that point, so I might try Proton.

I wouldn't worry too much. Since WINE is not an emulator, but rather an open-source reimplementation of the Win32 API (and some other Windows APIs like DirectX), all CPU overhead it has compared to Windows' own implementation of those APIs happens when programs call functions of those APIs. The CPU-heavy parts of Dwarf Fortress are in its own game code, not talking to the OS, so they should not be affected by WINE. Graphics, Sound and Input will still use a different amount of CPU time compared to Windows, but for Dwarf Fortress those only make up a tiny part of the game's computations.
1 Likes, Who?

llorton 7 Dec, 2022
View PC info
I played it a bit a decade ago and the game has been on my wishlist since it was announce on Steam.

However, I will wait for the native version before buying it.
3 Likes, Who?

View PC info
Awesome!
Another funny and awesome thing is that, the game works like a charm on pure wine-staging without any tricks (I've got the game from itch.io, where you get DRM free, portable version of DF).
Just double click Dwarf Fortress.exe and play. Simple as that :D
And damn... this game is just too good. You really should give a link to itch.io in the article too, I think ;)


Last edited by Avikarr on 7 December 2022 at 4:40 pm UTC
0 Likes
«2/2
While you're here, please consider supporting GamingOnLinux on: