Free for owners of the original, Portal with RTX has released on Steam from Lightspeed Studios / NVIDIA.

There's no Native Linux support this time around, unlike with Quake II RTX, but it should still work with Steam Play Proton (NVIDIA told me it works). Valve even added a configuration for it to have NVAPI enabled for Proton by default.

I'm unable to currently test it myself, as the people who run RPMFusion for Fedora have not updated the NVIDIA drivers for Fedora 37 yet from the recent security incident and you need a minimum NVIDIA driver version of 525.60.11. It doesn't need an NVIDIA GPU though, as they say it works on any GPU that supports Vulkan Ray Tracing.

You can see their launch party video below: 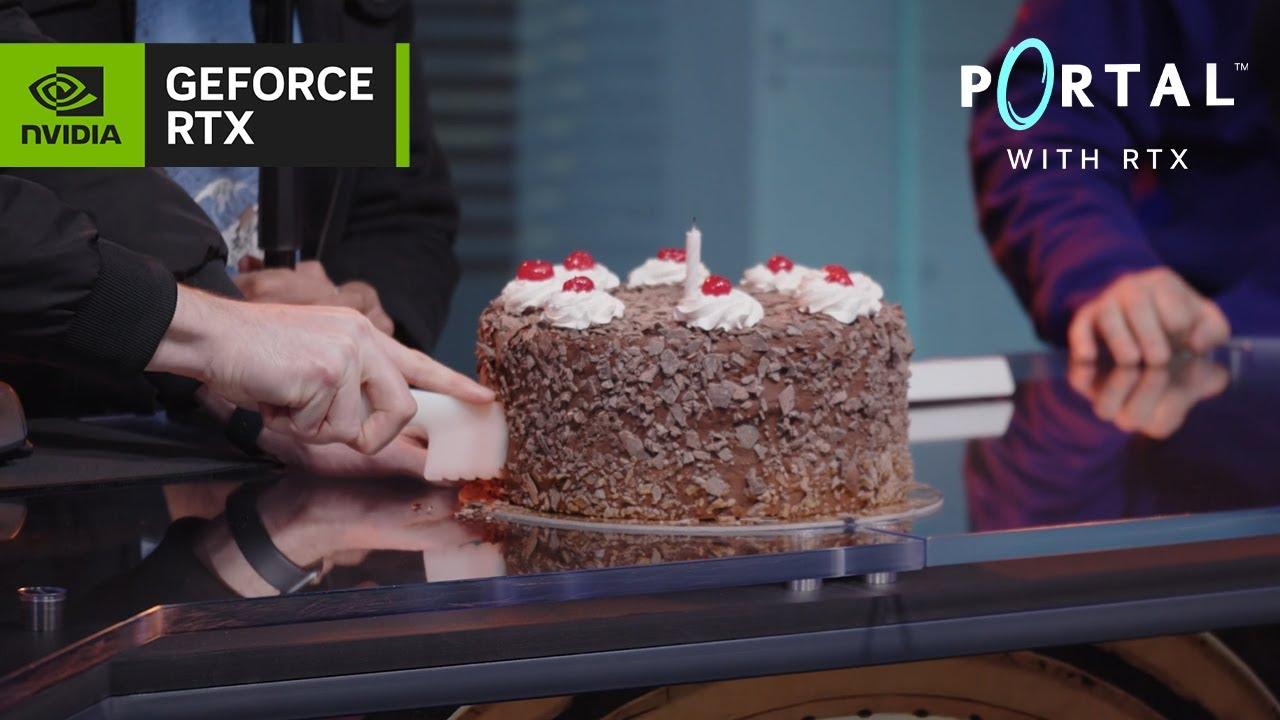 Some of what's been added includes:

About the author - Liam Dawe
I am the owner of GamingOnLinux. After discovering Linux back in the days of Mandrake in 2003, I constantly came back to check on the progress of Linux until Ubuntu appeared on the scene and it helped me to really love it. You can reach me easily by emailing GamingOnLinux directly.
See more from me
Some you may have missed, popular articles from the last month:
31 comments
Page: 1/4»

View PC info
Dang, almost makes me wish I had an Nvidia card
1 Likes, Who?

View PC info
It kind of works on amd cards through Proton if you use amdgpu-pro (VK_ICD_FILENAMES=/usr/share/vulkan/icd.d/amd_pro_icd64.json %command%). Runs at 3-4 fps though, in menu and in-game, so not really playable.
1 Likes, Who?

View PC info
So far, so good. But I can not get fsr and dlss to work at the same time, whenever I change in game resolution it starts to have some weird scaling issues. Also, I can't access steam overlay. The overall performance is good, mostly 50-60fps, but stupid elevator is at 30fps.

View PC info
Manjaro already has the required driver, so I did a short test @ 4K..
Well, it... works... Framerate is at 12-14 most of the time, with some dips down to 8fps, especially when carrying cubes and near portals, and some highs at 17fps (in the elevator, so not that relevant)..
so, at least not worse than quake-rtx, but not really playable either.. wouldn't spent an hour or two with it with that performance...
maybe runs better and is playable at lower resolutions...
0 Likes

Snowdrake 8 Dec, 2022
View PC info
Maybe a stupid question, but how about Steam deck ?
Is this out of the question ? Or should be up to the task ?

MrKiasu 8 Dec, 2022
View PC info
Liam, could you ask nvidia if frame generation is supposed to be available on Linux for 40xx cards? I don't see the option available here, although the game works fine in every other way.
0 Likes

View PC info
Tried with 2K: doesn't work for me in fullscreen.. but with windowed mode i got a stable 35fps... until it deadlocked and crashed... and took the steam client with it...

View PC info
Hmm i thought to make use of DLSS i'd need to go down to a lower resolution (so it has somewhere to scale up to?), but doing that causes the client to become a strange window where where you click isn't where you click in the client. It took me ages to go down-and-right enough pixels to click where the cursor really believes it is to even get back to 3440x1440, and then my FPS was dang terrible with a 3080 card.

pressing Alt-X i did manage to turn a few things down, but apparently the effects weren't going to be fully apparent until a restart, and i really don't have time before I'm about to do some gaming with someone else.

Looking forwards to when people have come up with a few launch options and other tips on protonDB and such to get some sort of middle ground between looking nice and playable.


Last edited by Terrace on 8 December 2022 at 7:24 pm UTC
0 Likes
1/4»
While you're here, please consider supporting GamingOnLinux on: