dbrand have today revealed their latest way of poking fun at other companies, with their special edition SwitchDeck skin for the Steam Deck. This isn't the first time they've prodded the beast, like with the Killswitch case for Steam Deck that they had to remake part of due to problems with magnets.

For years, countless blogs have clickbaited millions into believing that a "Switch Pro" was just around the corner. One Switch Lite and a Switch OLED later, we decided to tackle the problem ourselves. After stockpiling a considerable amount of ammunition, our lawyers quietly remarked how they would prefer if we abandoned the mercenary plot and instead went back to shameless plagiarism. Unfortunately for the blog writers, we know how to multitask. 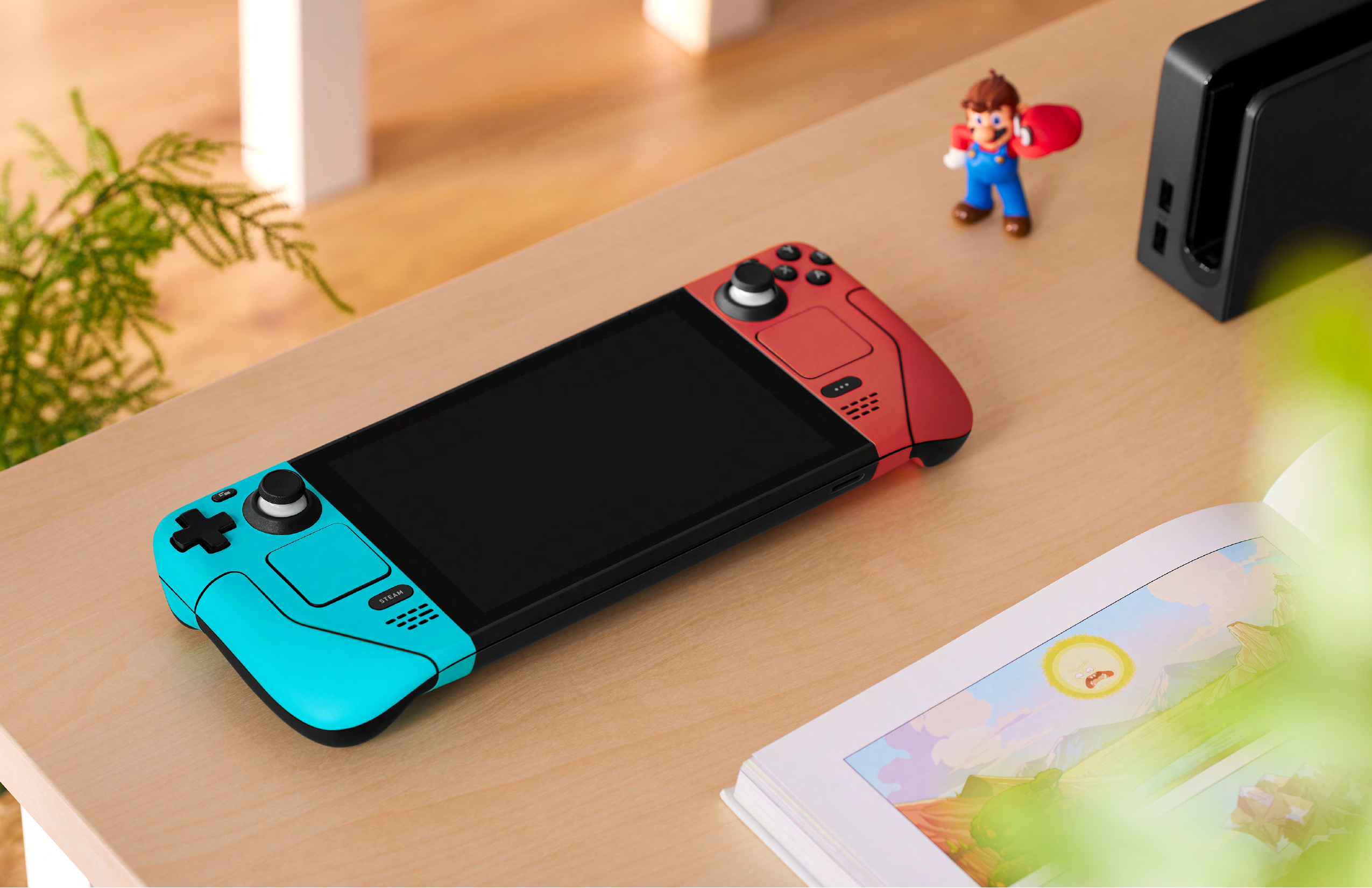 dbrand did tell me via email that they will be shipping the skin out to me, although they've not said when. So I might be able to take a look at the quality soon, maybe not. Based on the last skins I tried from dbrand though, I would expect the SwitchDeck to be high quality.

As for why they did this, dbrand didn't note it but I spoke to the creator behind the Fan the Deck YouTube channel who said dbrand sponsored them on the idea for their Nintendo Switch emulation video because only dbrand were crazy enough to sponsor such an idea. I doubt Nintendo will let that video stay up for too long…

About the author - Liam Dawe
I am the owner of GamingOnLinux. After discovering Linux back in the days of Mandrake in 2003, I constantly came back to check on the progress of Linux until Ubuntu appeared on the scene and it helped me to really love it. You can reach me easily by emailing GamingOnLinux directly and find me on Mastodon.
See more from me
Some you may have missed, popular articles from the last month:
14 comments
Page: 1/2»

Quoting: denyasisWon't lie .... It does look nice with those colors...

Yeah it actually does look pretty nice 😂
6 Likes, Who?

View PC info
Heheheh, gotta admit, after having seen the same rumourmongers pop up time and time and time again claiming that there'd be a "Switch Pro" Real Soon Now ever since before the Switch launched in 2017, only for some of them to recently pop up again and basically claim "It really did exist, honest, but it conveniently got cancelled!", this one made me chuckle.

The Steam Deck clearly delivers on the promise that the Switch holds but falls short of in some areas, so those who believed the rumours would probably be well-served by a Deck, with or without this skin.

Good on dbrand for having a laugh with it!

View PC info
To me it looks like an old school Optimus Prime Transformer themed Steam Deck.........
3 Likes, Who?

View PC info
I uploaded footage of the pokemon scarlet rom leak to my channel, got 80K views in 12 hours then nintendo had it removed. That was about 3 months ago, and my account is still shadowbanned. Very difficult to get videos noticed now. Overall, might not be worth the ban.
I think it was more about the fact nintendo didn't want people to see emulators run scarlet/violet at 30fps while the switch itself struggles to get 20fps and cancel pre-orders.
1 Likes, Who?

View PC info
just replaced the teardown skin with the switchdeck skin in my killswitch order... hope i can apply it correctly.
1 Likes, Who?

View PC info
These skins sure do look nice, but they're a pain to apply
1 Likes, Who?

Quoting: tpauNow we need to run a nintendo game on it with higher resolution and fps than on the switch itself with a few mods

That's the easy part!
2 Likes, Who?
1/2»
While you're here, please consider supporting GamingOnLinux on: