Deep Rock Galactic is a game about a bunch of Dwarves going mining, and there's lots of creepy-crawlies that want to get in the way. It seems to only be getting more popular as time goes on too.

Playable basically to perfection on Linux with Proton, and works really well on Steam Deck too.

In their 2022 review post on Steam, they mentioned they've now hit over 5.5 million copies sold and 2.3 million of those were actually last year. For a game that launched in 2020, with early access before that — it's mighty impressive actually. Over 500,000 people have put more than 100 hours into the game too (me being one of them), with 113,700 daily active players, they're doing very well. 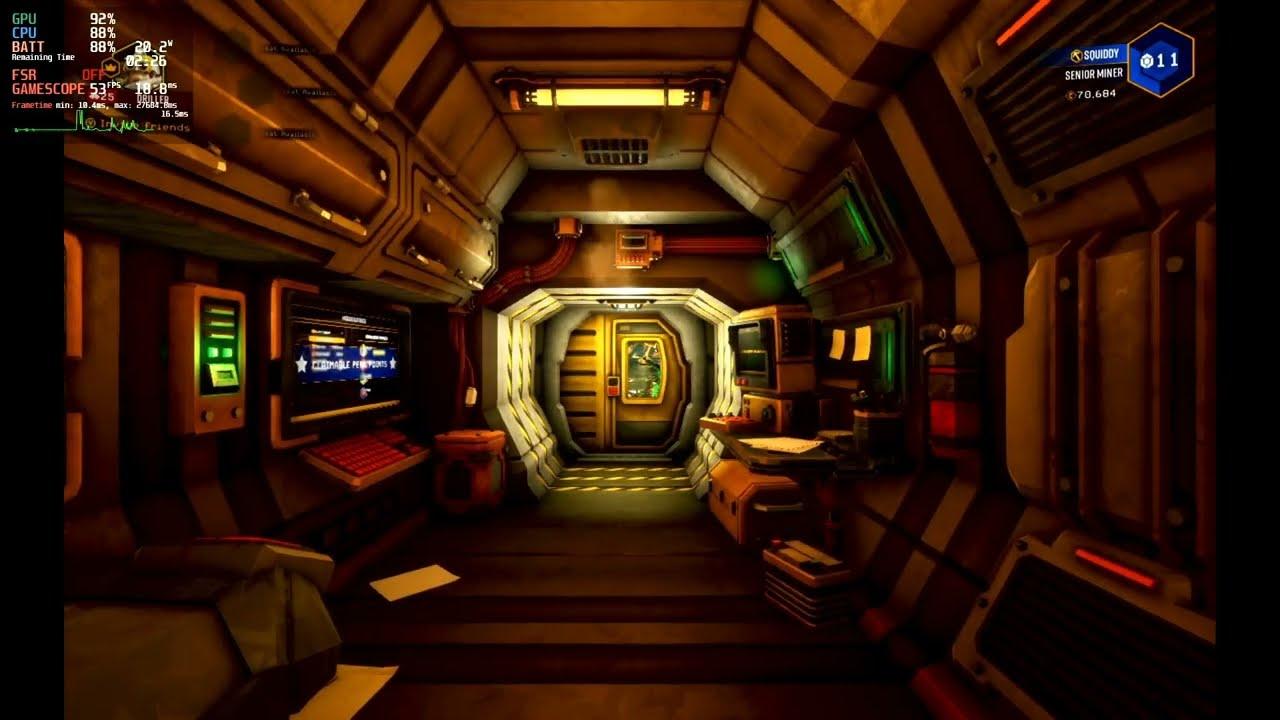 Part of it is how great the community around it is too with a popular Hololive vtuber taking a look, and a big post on the Deep Rock Galactic Reddit being thoroughly welcoming with a mod stating "PSA: Be accepting and welcoming towards new miners, no matter where they come from. Greenbeards joining the ranks should be celebrated. Spend your energy helping a few greenbeards out instead of being grumpy on the internet. The community is a big part of what keeps Deep Rock Galactic great." (thanks GamesRadar).

You can see a previous video I did on Steam Deck above, and even multiple livestreams of it running on Steam Deck (#1, #2). Going back 2 years ago, I took a video of the 1.0 release on desktop Linux too.

Word on the street is: more Deep Rock livestreams from GamingOnLinux are coming, keep it schtum, and follow along on the YouTube.

The number #3 cause of death in Deep Rock Galactic is apparently friendly fire too. I'm sure some of the people I play with will blame me, but in my defense you keep running in front of my flames and bullets. It's definitely not my aim…clearly I am very good at games.

View PC info
Glad to see this success. Deep Rock has a lot of personality and is clearly developed with love.
1 Likes, Who?

View PC info
I had a hard time liking it. It does have great character, but I guess I just got the 'oh, I have played this for 10 years already, I will go do something else.' Vibe from it. It always felt like it was just on the cusp of being fun. Though maybe that is because I got lost after a while.
0 Likes
RedWyvern 14 Jan

Quoting: slaapliedjeI had a hard time liking it. It does have great character, but I guess I just got the 'oh, I have played this for 10 years already, I will go do something else.' Vibe from it. It always felt like it was just on the cusp of being fun. Though maybe that is because I got lost after a while.

Interesting thoughts about it. I have only shortly tried DRG but disliked it then.
Mainly as the dwarfs their lines aren't my humour (disabled these) and because I didn't find much enjoyment in the gameplay.
But the latter is probably because I generally don't like FPSes and this probably being an FPS that does things differently for the sake of it, would be something I'd have a harder time appreciating, when I don't play similar games anyway.
Will definitely give it another try eventually but this would explain further why the game probably wouldn't be for me.
The devs still absolutely deserve their success ofc, it's great to see indie games get popular.
0 Likes

View PC info
I have tried it as singleplayer. First free period it crashed on loading level, so I never tried the gameplay. Next time it worked, but I didn't learn to use the bot properly, so I basically just learned what my character can do alone and got tired after that as I didn't get proper support. I had to figure some things on my own too, luckily the waves didn't start right away.

I guess it can be fun, especially if group has few who can play it already.
0 Likes
66darkmatter99 15 Jan
I love this game and as of this moment I'm about 450 hours in, regretting none of it. The only complaint I've had was the developers choice to litter the game with cringy communist propaganda but if you look past that, it was a job well done.
0 Likes

View PC info
It's funny, I almost refunded DRG after buying it. I had played a couple of solo missions, found the gameplay loop too repetitive and decided it wasn't for me. Then out of curiosity I tried to join a few public lobbies...and wow, it was like a completely different game. I have dumped almost 200h into it since.

I don't know exactly how they do it, but the combination of procedural generation, random mission events and the inherent unpredictability of real human teammates make for endless source of fun. I don't normally like to interact with strangers in online games, but in DRG it happens completely naturally.
0 Likes
TheRiddick 16 Jan

View PC info
Apparently still has some bugs for some people such as MIC not working on Steam Deck.
0 Likes
While you're here, please consider supporting GamingOnLinux on: