Valve has put up another Beta update for the Steam client on Desktop and Steam Deck with plenty of fixes. Here's all the details.

Since the two largely share the code now, the changelog across both (Desktop / Steam Deck) is basically the same. Here's the patch notes that should apply to both:

This one is Steam Deck Specific:

This on is Desktop specific:

Here we go again though: Valve noting details for Steam Deck on things just don't exist. I've pointed this out a few times like with the gamepad icon, and new controller settings in previous Betas that aren't on Steam Deck and they're doing it again now. The mouse / keyboard and VR icons they noted in both patch notes do not exist on Steam Deck. I really don't get why they're not checking these before publishing as it's confusing to users. I've notified them across multiple places and they just don't see to be getting the message. I seem to be the only one checking these things…

On desktop Big Picture Mode see the example with Half-Life: Alyx and Trombone Champ having the new icons: 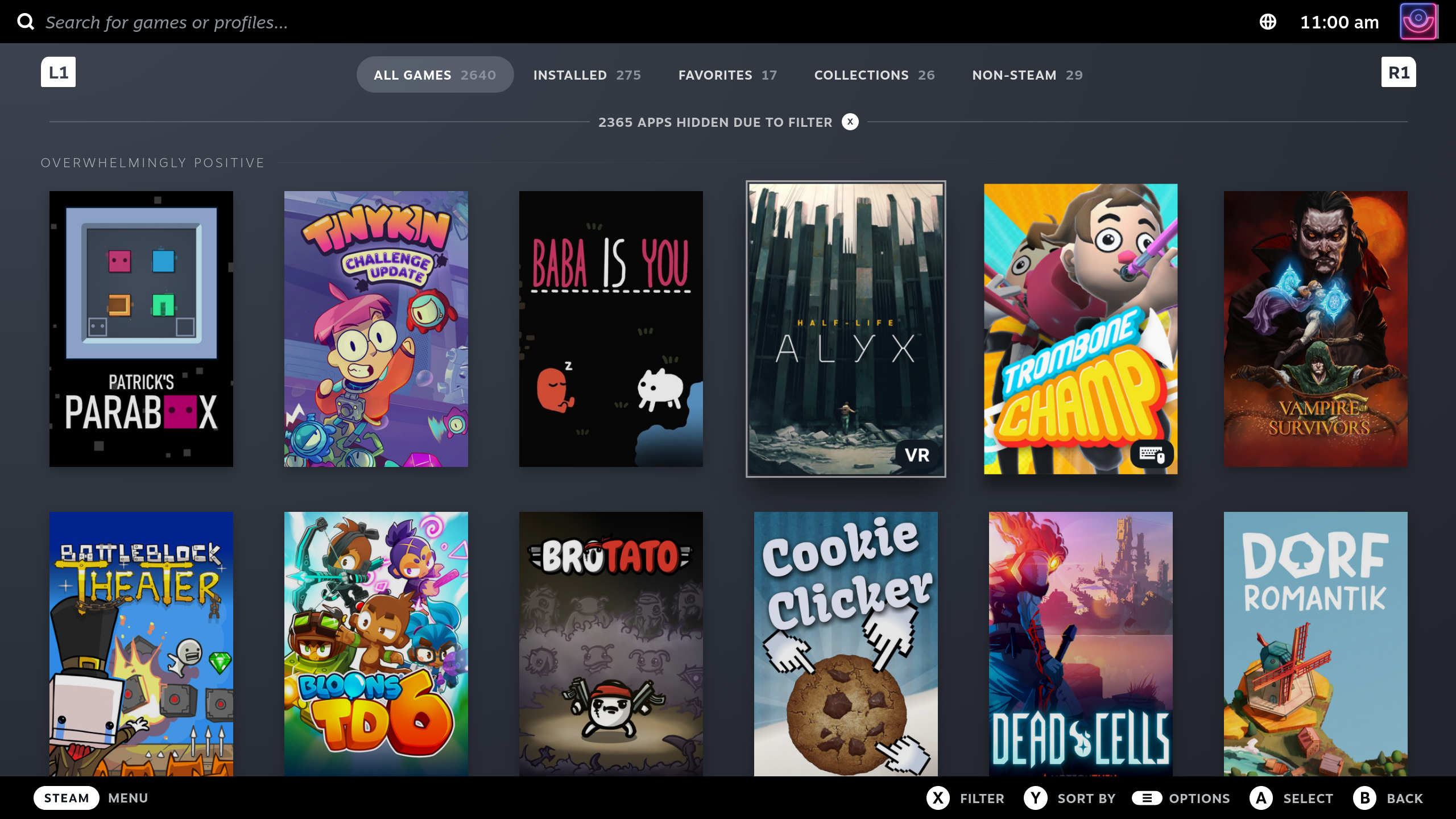 The problem on Steam Deck is that where they're putting these icons is where the Deck Verified status is, and it wouldn't exactly make sense for the Steam Deck to even have a gamepad, keyboard / mouse or VR icon either as the Deck Verified status covers that. So it's a bit odd they keep detailing it in the Steam Deck patch notes. The new controller options still missing for idle time and turning off when exiting big picture mode is just odd though.

About the author - Liam Dawe
I am the owner of GamingOnLinux. After discovering Linux back in the days of Mandrake in 2003, I constantly came back to check on the progress of Linux until Ubuntu appeared on the scene and it helped me to really love it. You can reach me easily by emailing GamingOnLinux directly and find me on Mastodon.
See more from me
Some you may have missed, popular articles from the last month:
5 comments

View PC info
Meanwhile I opted out from beta branch because not happy with the new BPM and recent breakages.

Quoting: hardpenguinMeanwhile I opted out from beta branch because not happy with the new BPM and recent breakages.

I like the change in the look of it, and the fact that the Store works (had a lot of errors in old BPM). But there are some niggling issues, like turning off a gamepad pops up a button combo list that I can't figure out how to dismiss without turning the gamepad back on, and, more importantly for me, gamepad support in Elden Ring is broken (works from desktop mode, though...). Trying to get gamescope working properly, and after much mucking around, it's "working" (gamepad AND Steam overlay!), only I seem to be stuck at 720p now. Really shouldn't have to use a third-party tool from outside Steam to play a game properly on Steam, though.
0 Likes

Problem 1 is I think there isn't a Steam Client listing anywhere, so it gets bundled with the Deck Beta.

Problem 2 is they're treating it as a SteamOS update history as well, even though SteamOS3 isn't ready for production. I guess it helps out people using HoloISO?
0 Likes
Squirrlz 21 Jan

Quoting: hardpenguinMeanwhile I opted out from beta branch because not happy with the new BPM and recent breakages.

Same reason I'm no longer using the beta or preview branches of the steam deck client. They constantly break everything. Hell, it's not much better on the stable branch either since Valve apparently doesn't believe in release candidates. So you might have a beta update for the deck client that works fine, but there's no guarantee that when they push the changes to stable it'll be the same. They always add extra stuff into the stable updates that haven't been publicly tested. Valve's update process is shockingly bad.
1 Likes, Who?
While you're here, please consider supporting GamingOnLinux on: