OBS Studio, the very useful and popular recording and livestream software has a new release available with version 29.0 out now. As usual there's plenty of features that only currently work on Windows, some that will hopefully come to Linux eventually when OBS have people to work on them.

Some of the new features include: 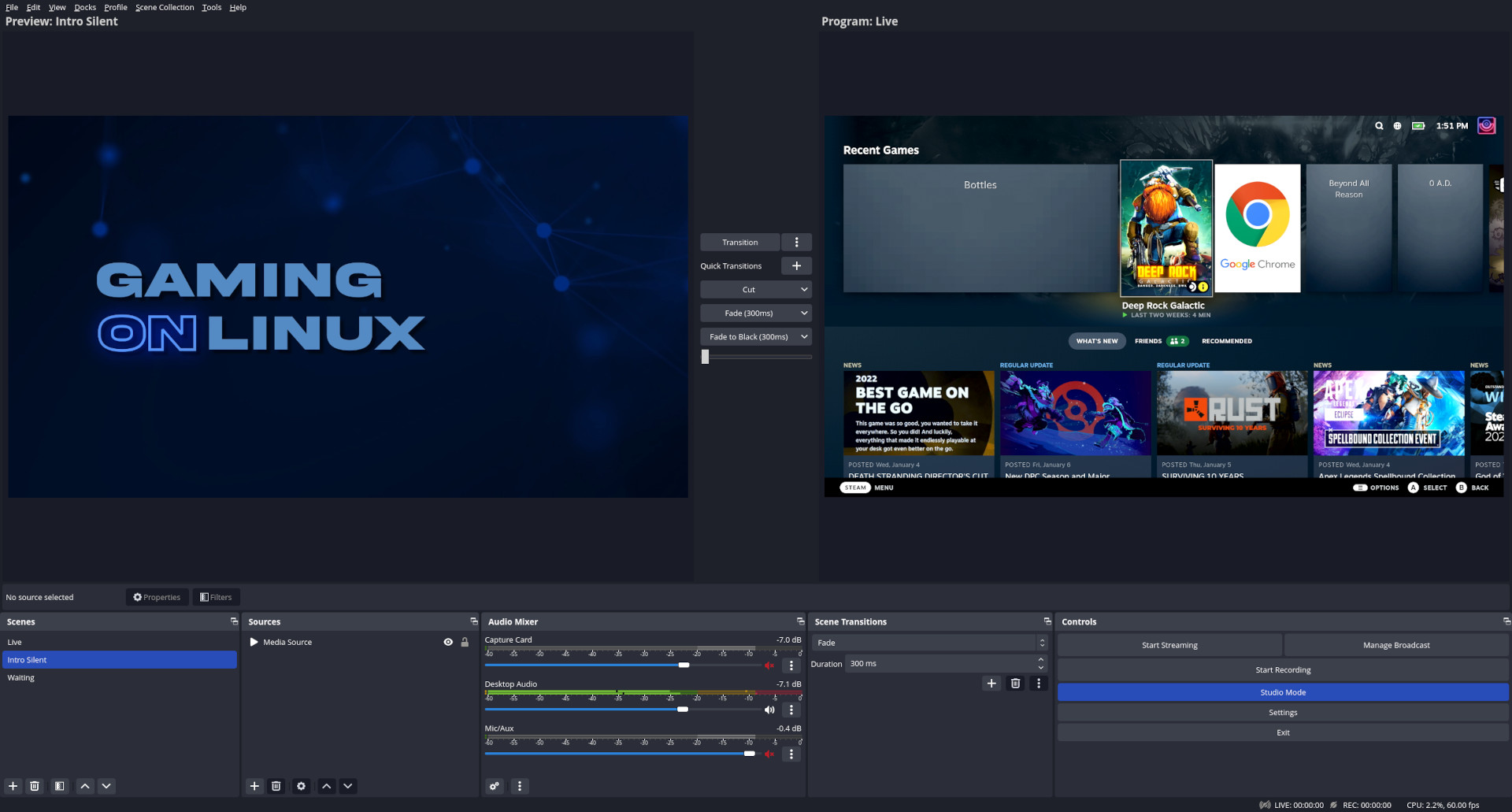 Some other improvements include:

On a personal note, I'm hoping this release will fix an audio bug I've been hitting recently where everything is fine for me with game captures looking great and for me sounding good, but the recording has audio that just constantly stutters. It's been a problem for a while, and has made quite a few of my recordings unusable. If you've encountered it and know a fix, do let me know in the comments.

I also seem to have to do a weird little dance with my capture card recently. A first load of OBS never seems to have it working. Sometimes I have to unplug the capture card and plug it back in for OBS to see it properly — it's been getting quite annoying but it could also be Fedora-specific issues with V4L2.

could be quite nice.
0 Likes

View PC info
While it's unfortunate that we're not at feature parity with windows, I appreciate that they've taken the time to specify which things we're missing.
1 Likes, Who?
While you're here, please consider supporting GamingOnLinux on: