Stone Kingdoms is an in-development open source remake of Stronghold

Anyone remember the original Stronghold from FireFly Studios? Well, there's an open source remake named Stone Kingdoms. Currently in-development and available on itch.io and GitLab, the code is under the Apache 2.0 License but it also includes the artwork from the original game with permission from FireFly too (according to the developer of the project).

Developed with LÖVE, a framework for making 2D games with Lua. 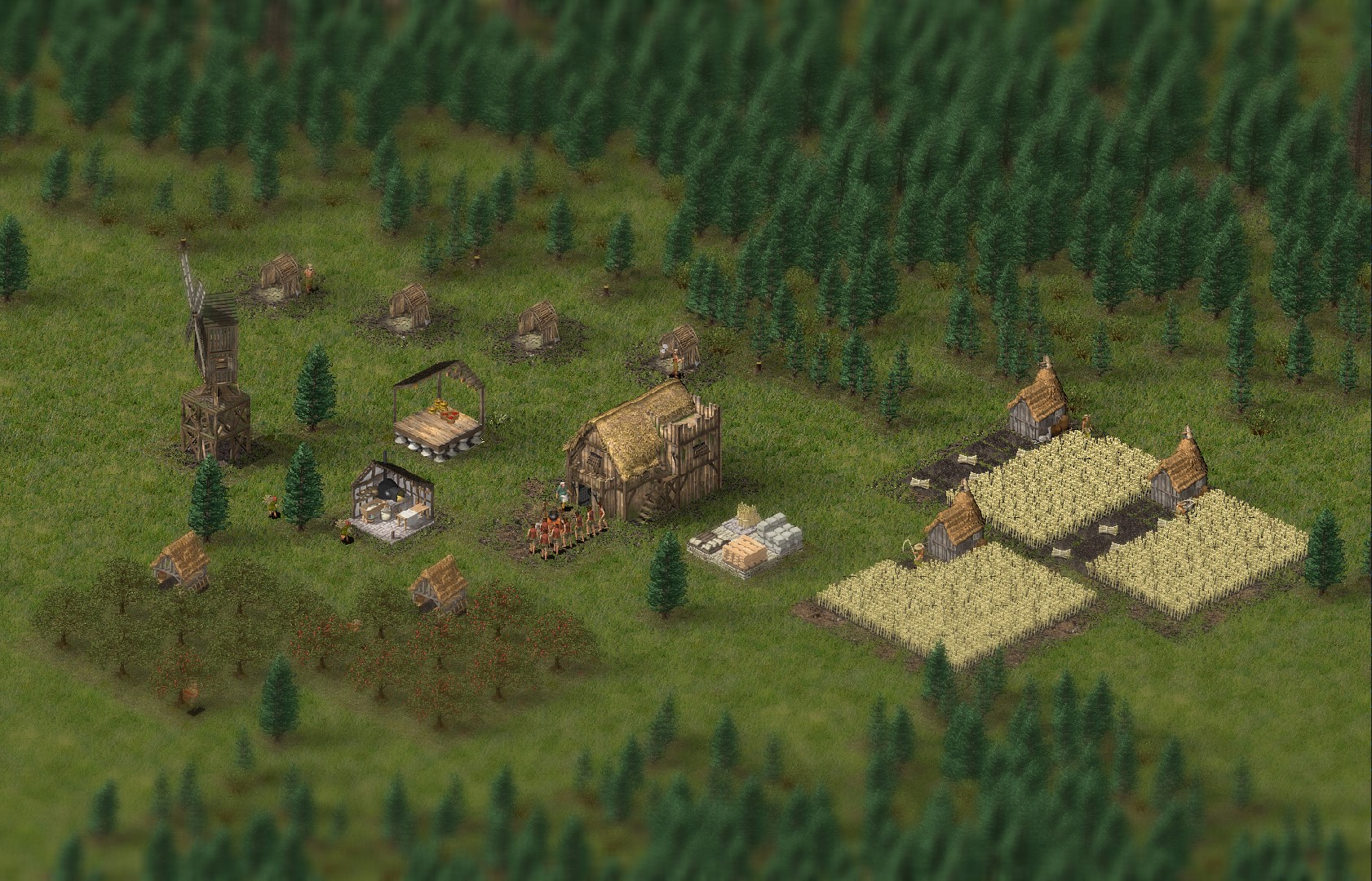 Right now it seems it needs some more developers to jump in and help, with plenty missing from it, so it's not complete and playable. However, it does have enough done that you can load into the game into a map, and start building things so it's clearly off to a great start.

Looking forward to following this along, Stronghold would definitely be a fun game to have a complete open source game engine replacement for that would allow it to continue living on modern platforms long into the future.

About the author - Liam Dawe
I am the owner of GamingOnLinux. After discovering Linux back in the days of Mandrake in 2003, I constantly came back to check on the progress of Linux until Ubuntu appeared on the scene and it helped me to really love it. You can reach me easily by emailing GamingOnLinux directly and find me on Mastodon.
See more from me
Some you may have missed, popular articles from the last month:
12 comments
Page: 1/2»

View PC info
There is also a Discord community: https://discord.gg/PRh8SPZxEf
1 Likes, Who?

pb 18 Jan
Yes, I remember the original Stronghold, I've always wanted to play it after reading the review in a paper magazine, but it didn't have an Amiga version, eh...

Now it's re-released for Linux (on GOG at least) but I don't think it's aged well...
https://www.gog.com/en/game/dd_stronghold_kingdom_simulator
https://store.steampowered.com/app/1904650/Dungeons__Dragons__Stronghold_Kingdom_Simulator/

3 Likes, Who?
Purple Library Guy 18 Jan
Anyway, it's very sweet that it's developed with love.
1 Likes, Who?

Quoting: MadWolfthis game looks good but it is still in early development and has a lot of bugs

That is true, we aim to fix bugs from the previous release in the next one, so no releases strictly for bugfixes right now.
1 Likes, Who?

View PC info
Stronghold and Stronghold: Crusader are great games, very unique in their approach IMHO. I'll keep an eye on this project for sure and hope it succeed!
Also nice move from Firefly Studios!

They should release it for free on Steam...
0 Likes

They should release it for free on Steam...

Probably not a good idea, sadly. Steam reviews would crucify it in its current state. Maybe one day.
1 Likes, Who?
1/2»
While you're here, please consider supporting GamingOnLinux on: