In the mood for a simpler action game to play with friends in local or online multiplayer? MageQuit isn't a new game, but I did miss that it added full Native Linux and Steam Deck support.

The developer noticed that the game wasn't working well with the Proton compatibility layer with the game crashing (even though it was "Steam Deck Verified" with Proton…), so they made a Native Linux version. Valve hasn't re-verified it, so you'll need to manually set it to use the Steam Linux Runtime if you're on Steam Deck but desktop Linux will download it normally.

This wizard brawler is all about "spell drafting and beard envy" with up to 10 players online or locally throwing around spells, with a beard that grows on each kill and the longest beard at the end of 9 rounds wins. There's 70 different spells to use, AI bots support, spell curving for trick shots, controller support, various game modes like teams or free for all, a dynamic soundtrack and cross-play between PC and Xbox. 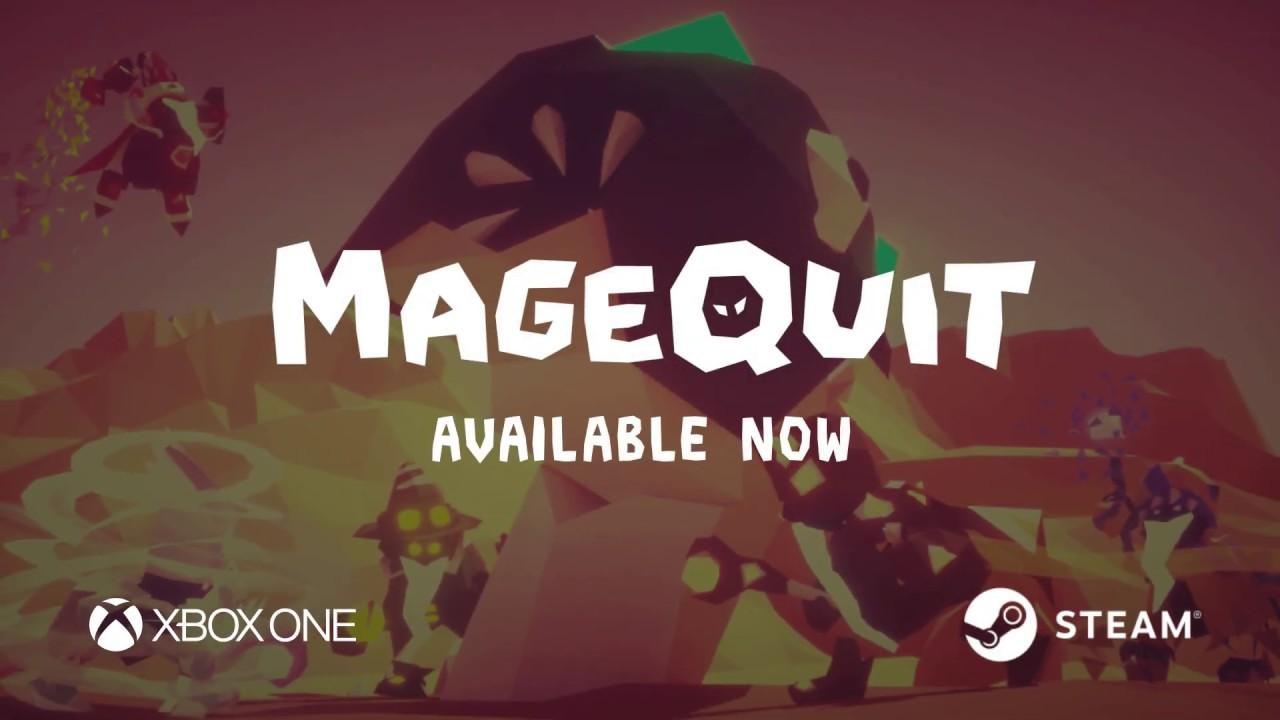 It's really nice to see more games like this that actually have offline play, some developers making the big mistake of being online-only and it's real difficult for smaller indie games like this to cut through the noise to get players.

About the author - Liam Dawe
I am the owner of GamingOnLinux. After discovering Linux back in the days of Mandrake in 2003, I constantly came back to check on the progress of Linux until Ubuntu appeared on the scene and it helped me to really love it. You can reach me easily by emailing GamingOnLinux directly and find me on Mastodon.
See more from me
Some you may have missed, popular articles from the last month:
5 comments

View PC info
How this work on steamdeck
0 Likes
Purple Library Guy 17 Jan
There's only this one brief moment in the trailer where you see the beard lengths, and I gotta say I was disappointed because the way they do it, the longer beards get chopped off by the number underneath, so you don't get to see the full glory of a long-bearded wizard. Really, they gotta do something about that; if it's a game about beard envy, you have to see what you're envying.

View PC info
Nice! Seems very much like the Warcraft 3 custom map "Warlock". That thing was an absolute blast!
0 Likes

Quoting: kalinHow this work on steamdeck

Very well, it seems 😉 It supports the controller controls.
0 Likes

Quoting: kalinHow this work on steamdeck

Very well, it seems 😉 It supports the controller controls.

Did you tried it by yourself?
0 Likes
While you're here, please consider supporting GamingOnLinux on: