Back in October last year I wrote about the new open source NVIDIA Vulkan driver named NVK, and now it appears to be able to actually run games. Not particularly well though.

This NVK driver is not from NVIDIA but is instead a new Mesa driver but is a serious effort to see if they can get it into a state where it's usable like what the RADV is to AMD hardware.

Posting on their Mastodon account, driver developer Karol Herbst showed a screenshot of it now capable of loading up The Talos Principle with a follow-up noting "performance is terrible, but that's hopefully resolved with the GSP work which is still ongoing :)". 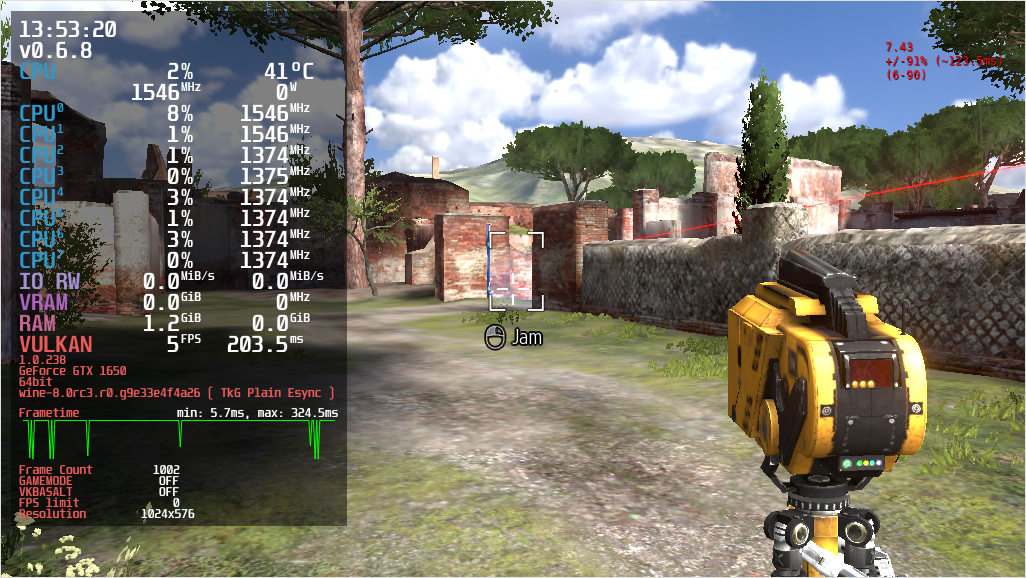 Seems like 2023 could be a really fun year for NVIDIA GPU owners on Linux, if this work continues to improve. Given the work involved, it will likely be a good while before performance is actually at a playable stage.

About the author - Liam Dawe
I am the owner of GamingOnLinux. After discovering Linux back in the days of Mandrake in 2003, I constantly came back to check on the progress of Linux until Ubuntu appeared on the scene and it helped me to really love it. You can reach me easily by emailing GamingOnLinux directly and find me on Mastodon.
See more from me
Some you may have missed, popular articles from the last month:
17 comments
Page: 1/2»

View PC info
Do they have enough docs from Nvidia in order to not rely on reversing stuff?
1 Likes, Who?

View PC info
Interesting project; though I have of course just swapped my Nvidia GTX1070 for a AMD RX 6700XT.
6 Likes, Who?

I made a similar upgrade from the GTX 1070 FE to an RX 6750XT. So far so good though Lutris is acting funny with certain titles.
0 Likes
fireplace 11 Jan
View PC info

Quoting: subDo they have enough docs from Nvidia in order to not rely on reversing stuff?

It's mostly reverse engineered. Collabora posted about it a while ago.

mahagr 11 Jan
View PC info
The new open source kernel drivers should help on the effort as it reveals the data structures in the header files. I think it might be one of the reasons why games are now running in the NVK drivers as it should help the devs to figure out things without relying as much on reverse engineering than before.

Quoting: SolarwingNVIDIA for the losers

and for those who need CUDA for some reason.
0 Likes
drjoms 11 Jan
View PC info

Lol, 3 years ago i swapped, gtx780 for 5700xt. Its very competent card for 1080P, and i manage to play tonnes of titles either with full settings or FSR enabled on 1440P. But I am thinking to upgrade for something else :D After article I was thinking about Nvidia again, though performance from looks of it sucks.

View PC info
good news, haven't heard of it for months and started to worry about it
0 Likes

View PC info
A part of me does wonder -- if people use the open-source Nvidia driver and, say, the OBS issue happened again, would that break those user's OBS? From what I've read it seems that proprietary Nvidia driver users avoided OBS' issue so that's... weird, and kinda funny, given how annoying Nvidia-Linux experience can be.

Yes, yes, I know it's a logistical issue that shouldn't happen often... but there's been a LOT of those last year, so I just wonder if it'll happen again and if that'll affect the people choosing to use the new open-source driver's users at that time.
0 Likes
1/2»
While you're here, please consider supporting GamingOnLinux on: