Before heading off to GDC, the developers of Relic Hunters Legend put out a new trailer for their shoot and loot RPG and it's looking good.

Originally funded on Kickstarter, it's coming to Linux and certainly still seems to be that way as the trailer even has the Linux "tux" logo included and the current FAQ clearly mentions Linux as a platform: 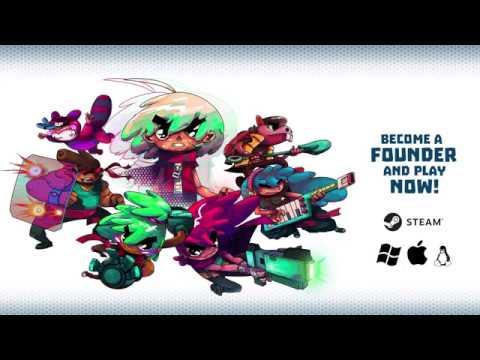 Sounds like it's going to be a lot of fun. An online co-op shooter (although you can play it solo!) with a mix of 2D and 3D visuals in that will have "smart enemies", tons of items, plenty of RPG-style character customization they say they won't "dumb down" and an ever-expanding story.

It should be live on Steam sometime in Q2 this year in Early Access. At the full release sometime next year, they plan to make it fully free to play. For those who are usually a bit sceptical of free to play models, they said this:

We understand your trepidation when you hear "free-to-play", and we want to make a great game without nickel-and-diming you. Our top priority is to always be honest, upfront and transparent in our communication regarding these matters. We assure you: everything can be earned by playing the game, and you will never be stuck behind a pay-wall; this we can guarantee.

If you wish to get in early and support them some more, you can buy a special founders pack from the official site.

You can wishlist and follow it on Steam right now.