DiRT 4, the rally game from Codemasters that was previously announced for Linux now finally has a date and it's this week! Feral Interactive just announced today that it's releasing this Thursday, 28th of March. 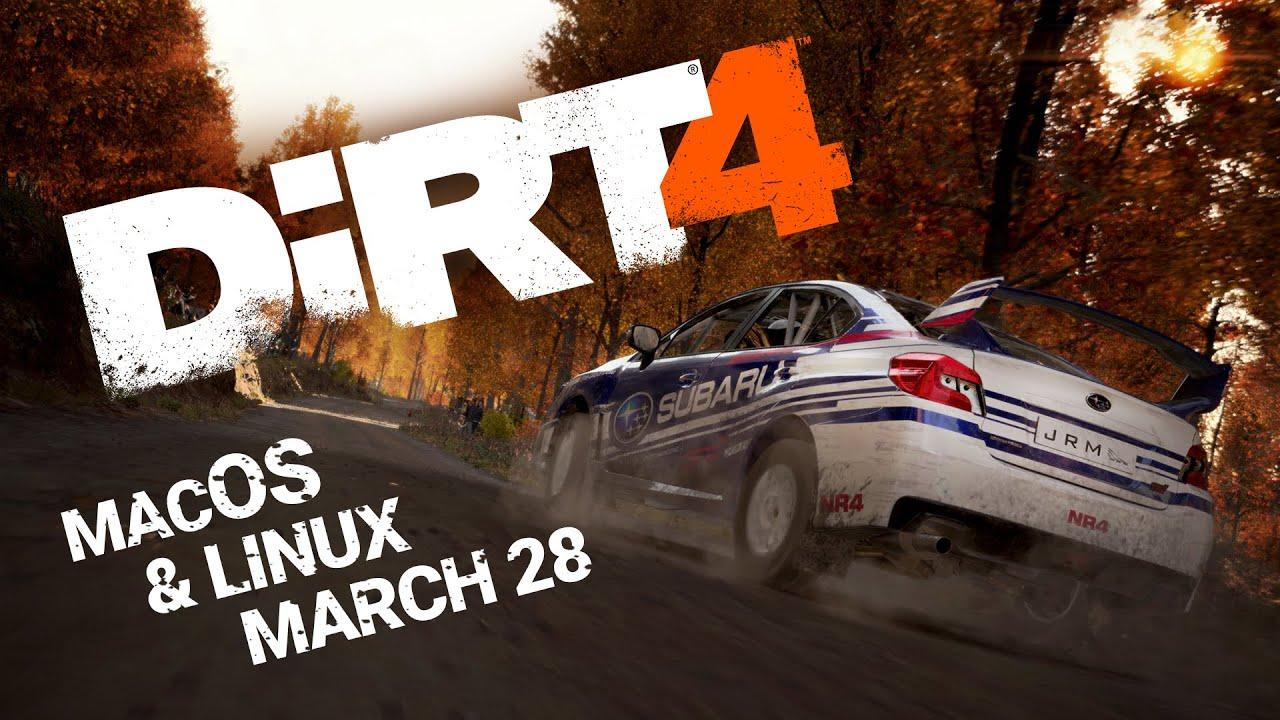 As for the system requirements, Feral also announced those details today as well. As expected, it's going to be using the Vulkan API.

At a minimum, you will need:

They did say other distributions are expected to work, however they're not supported by Feral. As for graphics drivers: If you have an NVIDIA GPU you will need driver version 418.43 or later. As for AMD, it will need Mesa 18.3.4 or later.

You will be able to get it from the Feral Store, Humble Store and Steam.

As usual, I will take a look at the game after release since there's no prior access and let you know how it runs plus some thoughts. If there is a built-in benchmarking mode, I will show that off too. I should also be doing a livestream of it on release day, so do follow GOL on Twitch!

Good to see more from Feral and there's other games on the way too remember. They're also officially porting Total War: THREE KINGDOMS, Shadow of the Tomb Raider and Life is Strange 2. Their work is always good, as is their support, so I do hope they continue after those titles.

t3g 25 Mar, 2019
View PC info
Another racing game? Can we please have a Hitman 2 or something more varied?

It feels like all we get lately from Feral is old rally racing games and RTS. Mix it up!!
2 Likes, Who?

Quoting: t3gIt feels like all we get lately from Feral is old rally racing games and RTS. Mix it up!!

View PC info
Reviews seem to pretend that it's more arcade style than Dirt Rally and I think it might be a good thing. It's probably more realistic than that, but personnally, I miss a game like Dirt: Showdown.
2 Likes, Who?

I miss a good racing game that has no DRM and no ads.
1 Likes, Who?

View PC info
I really liked Dirt 3 but not really Dirt Rally, so I'm glad to see this coming for us!
0 Likes

View PC info
why is that stupid? Feral maybe use Vulkan and for that it needs a Driver to support it or the specific Vulkan extension. To install the ppa which has the driver is really not a issue and if you use a Nvidia Card then you know already how to install a driver.

for your info from their site

View PC info
Sad to see they are porting old and not very good game. Luckily it seems there are people who liked the regular DIRT series and not DiRT Rally, so i hope it will sell enough for them. I myself was hoping DiRT Rally 2.0 port closer to release, but sadly not the case. Luckily it works wonderfully with wine-staging (sadly FFB doesn't work with proton)
0 Likes

This is oddly true for a few games, where FFB doesn't work with Proton but does with Wine. Hopefully they can get that fixed as racing games are still a patchwork of remembering which works where...
0 Likes
1/2»
While you're here, please consider supporting GamingOnLinux on: