After a successful crowdfunding campaign on Fig that included a Linux version, we're in for an extra wait as Outer Wilds is now going to be releasing on the Epic Store first.

In the backer update sent out a few days ago, they said:

Outer Wilds will first be released on XBox One and on PC via the Epic Games Store, with additional platforms coming later. Rest assured that we read all of your comments and our goal is to bring the game to your preferred platform as quickly as possible. We will keep you up to date with the latest info here.

This is after I spoke to the developer personally back in 2017, where they refused to confirm a Linux version really was being done despite their Fig campaign having a Linux icon and a statement saying "we’re planning to release Outer Wilds on PC, Mac, and Linux through Steam next year" on the actual Fig page. They never did reply to my final question back then, to ask why a Linux version was listed so clearly on Fig if "Linux is still to be determined" as they told me in a previous reply.

So it may eventually go back to Steam, it might also see the Linux version that they originally advertised but who knows what will happen. I can absolutely understand a developer wanting and needing more funding, most crowdfunding campaigns don't cover what developers really need. Still, it's yet another part of the new console-style wars of the PC stores and we're in for more.

To be clear, this is not Outer Worlds from Obsidian Entertainment, which is also an Epic Games Store exclusive. The names are pretty similar so it's easy to be confused.

For those interested, IGN have some fresh gameplay in the below video: 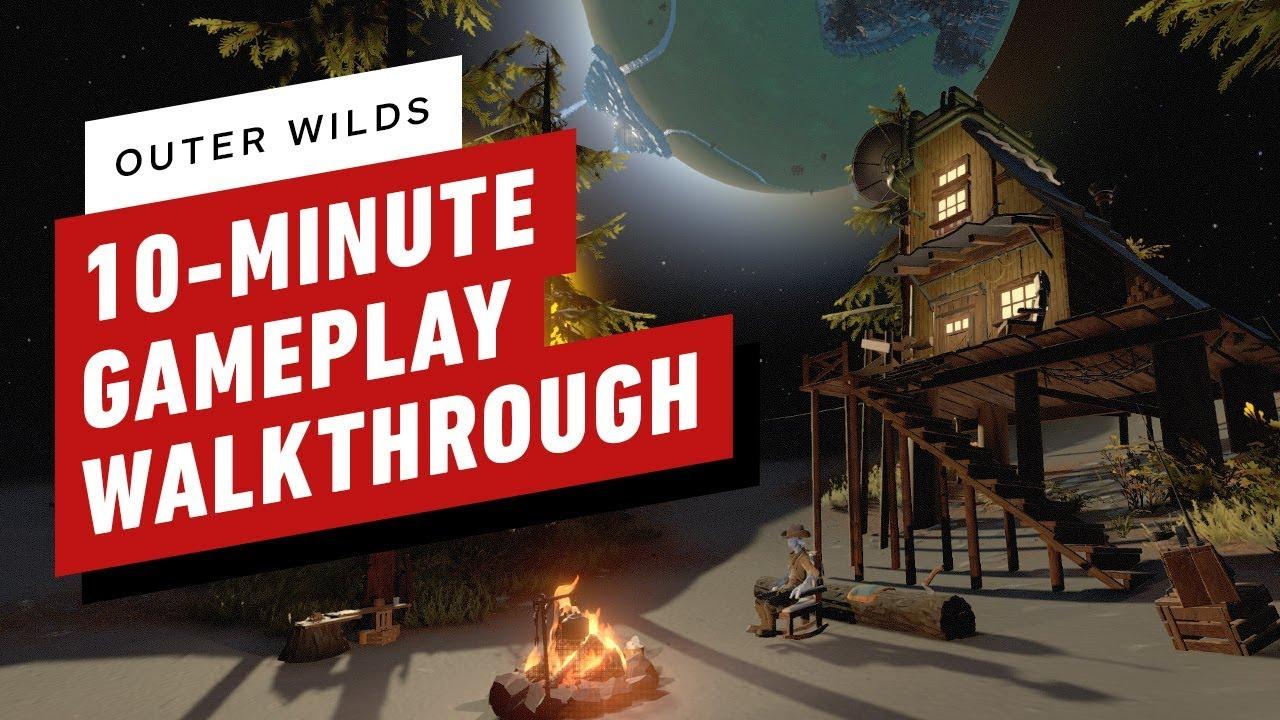 I have reached out to the developer, Mobius Digital, to see if they are able to clarify their current plans for the Linux version of Outer Wilds. I will update this article if they reply with a statement.

View PC info
It would be good if companies like this, who want to cash out by taking money for Windows-exclusives on Epic store could perhaps negotiate to put just the Linux version on another store, for example itch.io or GOG. In saying this, I'm assuming that the main reason for Epic's money is for Epic to take business away from Steam store (rather than attacking the Linux platform).

As a games consumer, just reaffirming that I find restricting consumer choice in this way to be deplorable - Both Epic and the Developer are to blame for this.
22 Likes, Who?
kuhpunkt 12 May, 2019

Patience is bitter, but its fruit is sweet.
6 Likes, Who?

View PC info
One kind of wonders why epic store exclusivity seems to prevent selling linux versions on other stores.
Is it simply the linux versions not being done (yet)? Or do the contracts actually prevent them selling elsewhere for an operating system that the epic store does not even support? I mean surly the marketing term 'PC-platform' can not have legal binding power, can it?
0 Likes

View PC info
It's interesting that developers tend to argue Linux market is too small to be supported, but when it comes to crowdfunding, promising a Linux build seems to be worth (a lie).

My point is: when Linux is not worth to be supported why promising it in the crowdfunding campaign?
It shouldn't be a big thing, right? Or is the share of Linux funders typically disproportionately high?
12 Likes, Who?

View PC info
Maybe you can try to get any statement from them, they don't care answering the questions from us backers, neither in comments nor via email...
I'm really pissed about this, if they don't clear this up i'll be getting a refund and pirate it instead - and i'll probably not back any more games after yet another letdown...
3 Likes, Who?

View PC info
I don't know what they promised in the original crowdfunding campaign, but if they did commit to a Win/Mac/Linux release at the same time they should at least make a DRM-free release for Linux.

I say DRM-free, because I think the Windows depot on Steam is mandatory, so they couldn't use Steam just for Linux.


Last edited by callcifer on 12 May 2019 at 7:20 pm UTC
0 Likes
Ketil 12 May, 2019
View PC info
If they are not confident a platform will be supported then they shouldn't announce it. At least a lot of non-linux customers are complaining about lack of steam support so we are not alone in this.
0 Likes

View PC info
It might as well not exist in my world then. Only tux get my bucks.
2 Likes, Who?

View PC info
The PR speak is funny because as quickly as possible would be not single store exclusive.
0 Likes
1/4»
While you're here, please consider supporting GamingOnLinux on: