For those interested in exploring the universe, Outer Wilds seemed like an extremely exciting game that was planning Linux support. 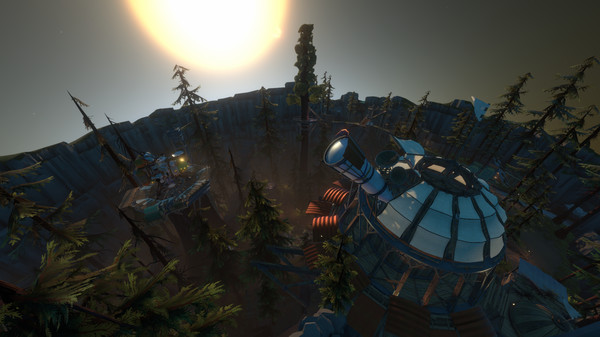 I noticed it came up recently in a video from The Linux Gamer and since I hadn't heard about it before I did some digging. I found their Fig campaign, which had a Linux icon and their description specifically noted it too:

Currently, we’re planning to release Outer Wilds on PC, Mac, and Linux through Steam next year.

Since the Steam page didn't say anything about it, I emailed them to find out what was happening.

I first asked if "Outer Wilds will definitely be released for Linux?" and got this reply:

At this time all we can say is that Outer Wilds will initially release on Xbox and PC (available at the Windows Store and Steam). All other platforms are to be determined at this point in time.

Since that wasn't satisfactory, I asked again "Okay, just to be clear though in this case by PC you mean specifically Windows right? I take it the game is still confirmed to be releasing on Linux?" and they replied not making it any clearer:

To answer your question, yes we mean Windows. I should clarify that in the development update as well.

At the moment Linux is still to be determined.

I then asked why it was listed on the Fig campaign if it's not confirmed, which was six days ago and they have not replied since. It's sad really, because crowdfunding campaigns require a lot of trust and when issues like this come up, it makes it harder for other developers who genuinely will do Linux support.

The later you do Linux support (or any additional platform you've taken funds for) the harder it can become. For some smaller developers, sure, it doesn't always make sense to work on all platforms at the same time, but not being able to confirm a platform you put on your crowdfunding campaign…not good.

Hopefully developer Mobius Digital won't let us down, because it does look like something I would personally adore, but I don't like what I'm hearing from them.

Article taken from GamingOnLinux.com.
Tags: Action, Adventure, Crowdfunding, Indie Game
8 Likes, Who?
We do often include affiliate links to earn us some pennies. We are currently affiliated with GOG, Humble Store and Paradox Interactive. See more here.
About the author - Liam Dawe

ShabbyX 17 Jul, 2018
View PC info
I hate to break this to them, but as a graphics developer, I can assure them focusing on windows and xbox means they would be knee deep in microsoft shit, and supporting other platforms would become a nightmare.

That would range from easy-to-fix nonstandardness from their c++ compiler allowing crap to be compiled, all the way to xbox silently ignoring gpu segfaults, or hiding nan values.

Either they have very smart developers to pull this off (but if they were smart, they wouldn't do this), or they will not release outside of the microsoft bubble (not at least for a year).

Not only that, but they will also build around dx semantics, optimize for xbox (slowest console imaginable) and sacrifice every other platform in its name.

So, forget about this game.
10 Likes, Who?
uraeus 17 Jul, 2018
I do wonder if complaining to Fig.co at some point would be the best approach to take. Not that it is likely to fix the concrete issue of Outer Wilds, but it might make Fig push their projects harder to not over promise and under deliver, as each time this happens it undermines the trustworthiness of their platform and crowdfunding offerings.

Edit: I actually decided to do just that, this is the comment I just submitted through their feedback form:

Hi,
On linuxgaming.com they just ran an article talking about how the Outer Wilds developers where now saying that Linux and Mac support was not just 'under consideration' despite promising such platform support in their Fig proposal. I realize there is little you can probably do about existing funded games, but I would strongly ask you to push any upcoming project you sign for fig.co to think seriously about their platform support promises (or any other promise for that matter). Because I backed Outer Wilds due to their promised Linux support and each time such a promise is broken I am less likely to want to risk supporting another game on fig.co. I never back crowdfunding campaigns that doesn't include Linux support and thus if I can't trust that fig projects are serious about their promises I have to stop funding fig games.

View PC info
I'll say it yet again. As long as there are no consequences for lying they will keep doing it.
1 Likes, Who?

wintermute 17 Jul, 2018
View PC info
Reading the comments on fig.co it looks like they have taken way longer than expected and have had to do a deal with a publisher in order to keep developing, I would speculate that the release platforms are an indication of the publisher they've done a deal with.
1 Likes, Who?

Yeah, you see, this is the thing...
0 Likes
While you're here, please consider supporting GamingOnLinux on: