Now is a good time to take command of The Adeptus Mechanicus once again, as the big Augment Update is out with a ton of new goodies. It's also expanding with the Heretek DLC.

Firstly, the Augment Update which had a beta up for a few weeks is now live. Should give you a number of reasons to jump back in for another few turns. It includes an IronMan Mode, Difficulty Settings with lots of customization possible, a ton of polish has been done to the explorations, the UI also had some polishing work done, cleaner Fonts and a new Turkish localisation.

They also announced the Heretek expansion, which is due sometime this Summer which shall expose the "dark underbelly of the Adeptus Mechanicus faction like never before". Have a look at what to expect (click to enlarge): 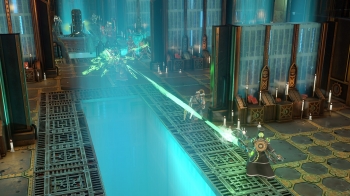 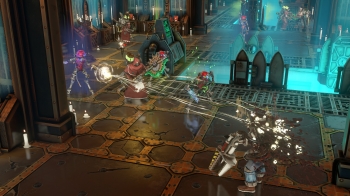 Since I quite enjoyed Mechanicus, I will happy take a look at the expansion. The game has such an incredible atmosphere, happy to see more of it coming.

Warhammer 40,000: Mechanicus also happens to be on sale on Steam, with 35% off. You can find the Heretek Steam page here to wishlist/follow.