This is awesome. TerraTech is actually a really fun game for those who like to build vehicles and then go exploring and it just got a big update.

Version 1.3 was released yesterday, building on the work they did in a previous update to give a co-op creative mode it now has a fully online co-op campaign mode. You will be sharing everything from the blocks available to the mission log, so it will require working together. 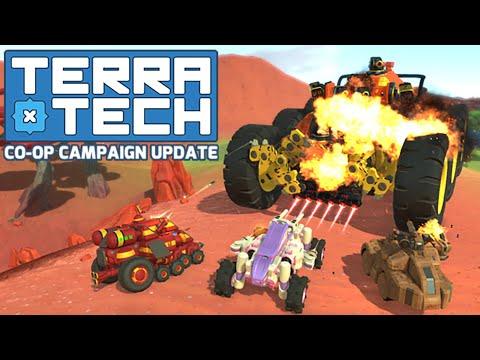 They also added even more blocks in this update too, mostly Hawkeye armour blocks. There's also a new Tech Manager available in the Campaign, Co-op Campaign, Creative, Co-op Creative and R&D modes which allows you to mess with non-player controlled tech.

You can grab TerraTech on Humble Store and Steam.