In need of a stylish retro-inspired kart racer? Super Indie Karts might be exactly what you're looking for. A recent update to the game added in a bunch of new tracks in the Knight Cup.

The developer said the Knight Cup has tracks that are "recreations of imaginary SNES/GBA style flat tracks which could have existed long ago" including tracks inspired by Duck Game, Teslagrad, and Knightmare Tower. On top of that they also gave RunbowRoad64 some more finishing touches, CPU controlled karts can now take alternative routes in the Knight Cup (older tracks to get this feature later), more friction added to the new suspension wheel physics, improvements to the camera while drifting and other camera adjustments, improvements to firing weapons while drifting and more.

Here's a look at two of the newer tracks on Manjaro Linux: 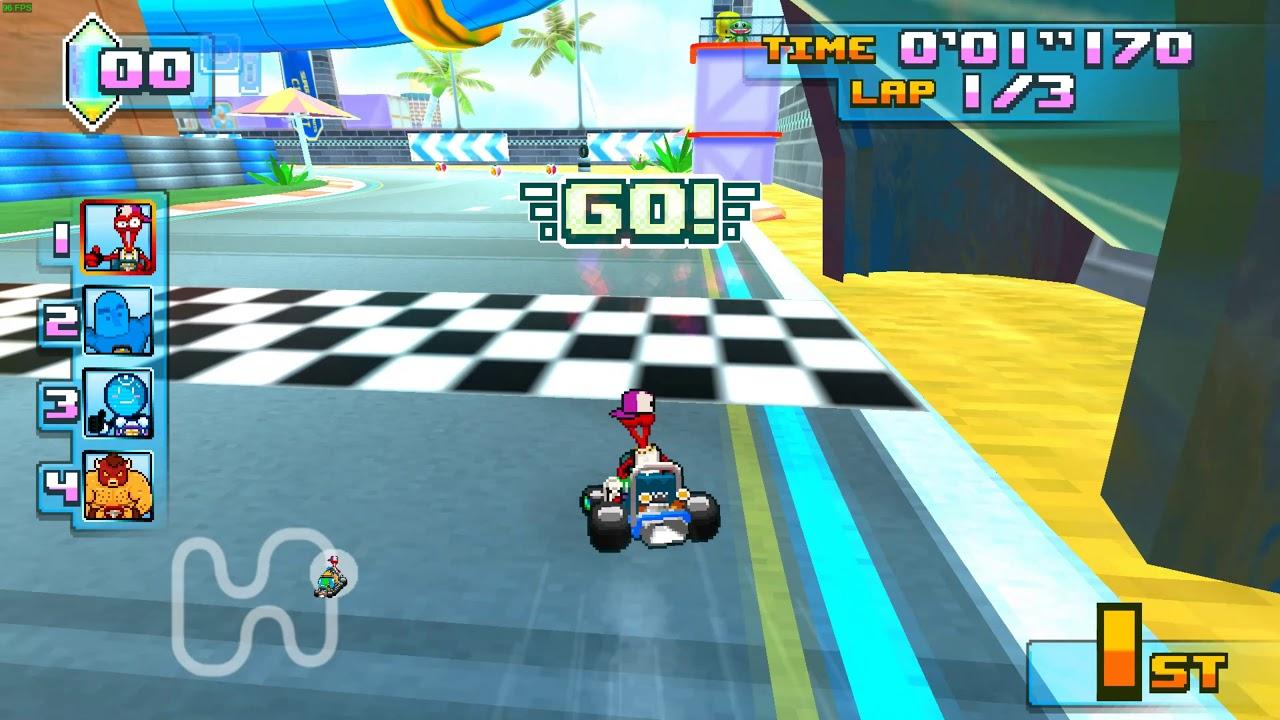 Absolutely no issues, everything works perfectly and it performs well. Huge amount of fun too, quite a challenge on the higher speeds.

The usual assortment of bug fixes also made it in this latest release. While it's Early Access and not finished, it's certainly a promising indie racing game with a lot of love and attention being given to it. As someone who has greatly enjoyed games like Mario Kart in the past, I love having something like this on Linux.

It's also nice to see another game that was funded on Kickstarter doing well. The interesting thing is, Linux was a stretch-goal that wasn't actually hit. As it was so close, the developer did it later on anyway—great! It was missing from our dedicated Crowdfunding Page, so it has now been added.

View PC info
This could be such a good game but... The controls are so horrendous. Can't keep on the track at all! Takes all the potential fun away.

EDIT: I played this game for about a half hour after ~330mb download. It detected and worked with my PS4 controller out of the box. The controls are just like MarioKart 64. Handling is quite familiar if you've played MK64. Charming voice acting, great mix of new-ish and retro visual styles. Would (and probably will) buy again.

Quoting: heidi.wengerThis could be such a good game but... The controls are so horrendous. Can't keep on the track at all! Takes all the potential fun away.

Actually, they managed to mimic Mario Kart 64 controls almost perfectly. If you find it too uncontrollable, maybe your gamepad was hyper sensitive. Tweaking the response can help you.
0 Likes

M@GOid 29 Jul, 2019
View PC info
My major complain in this game is the look of the items, I find them too colorful and a bit confusing. A more simple approach and simplicity would be welcome.

Less clutter and obstacles on some tracks also helps.

View PC info
I bought this a while ago and didn't like the feel of the controls, but I just picked it up again and it works so much better now. Definitely will be playing this more.
1 Likes, Who?
While you're here, please consider supporting GamingOnLinux on: