View PC info
That's the beauty of open source though -- you may want to prioritise features/bug fixes/etc for one platform, but that doesn't stop other people in the community picking up the slack and working on the other platforms in your stead. :D
5 Likes, Who? 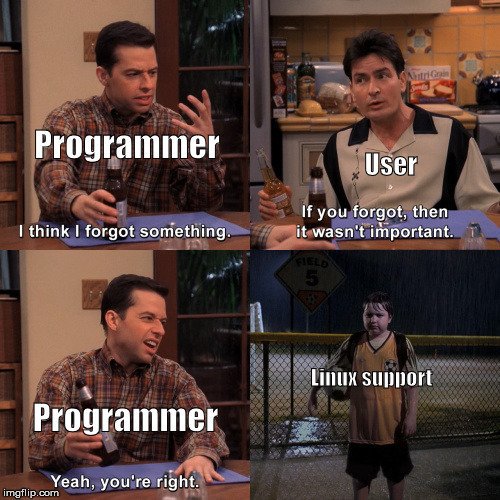 0 Likes
ZyanKLee 24 Sep, 2019
You are aware that there is a thirdparty browser plugin for OBS on linux?
=> https://github.com/bazukas/obs-linuxbrowser
Recently I submitted a patch to the obs-websocket plugin to support the linuxbrowser plugin as well.
5 Likes, Who?

Quoting: ZyanKLeeYou are aware that there is a thirdparty browser plugin for OBS on linux?
=> https://github.com/bazukas/obs-linuxbrowser
Recently I submitted a patch to the obs-websocket plugin to support the linuxbrowser plugin as well.

Quoting: devnull> directly in OBS before we can get the service integration since that relies on CEF

RossBC 27 Sep, 2019
View PC info
Ahh Logitec acquiring Streamlabs which has their own flavor of OBS probably has something to do with it.


Last edited by RossBC on 27 September 2019 at 8:36 am UTC
0 Likes
While you're here, please consider supporting GamingOnLinux on: