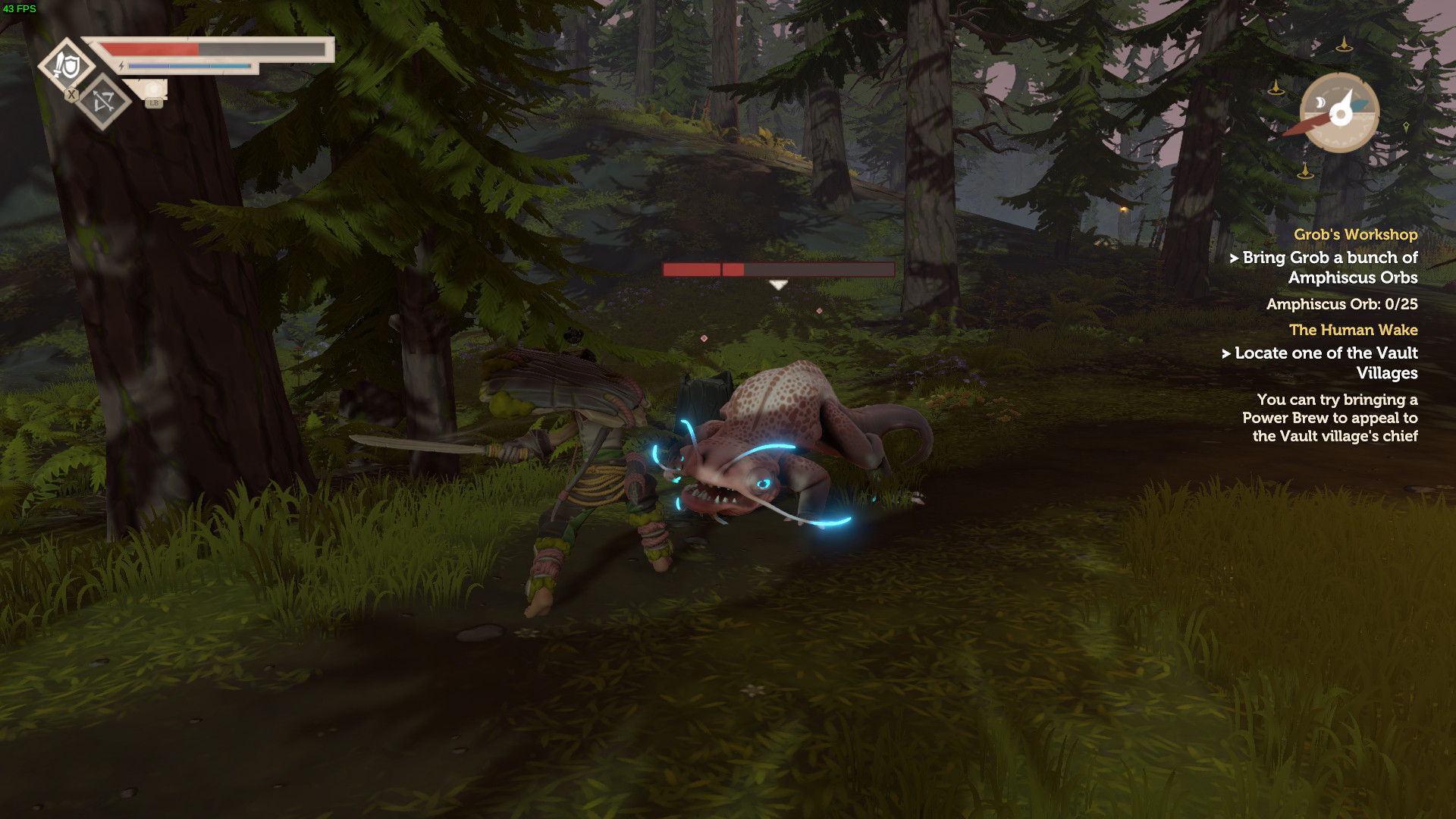 About the author - Liam Dawe
I am the owner of GamingOnLinux. After discovering Linux back in the days of Mandrake in 2003, I constantly came back to check on the progress of Linux until Ubuntu appeared on the scene and it helped me to really love it. You can reach me easily by emailing GamingOnLinux directly and find me on Mastodon.
See more from me
Some you may have missed, popular articles from the last month:
The comments on this article are closed.
84 comments
Page: 1/9»

Eike 12 Oct, 2019
View PC info
I've been weak and have been using Proton for the first time, to play one of whitelisted games: The Room. I'm probably the last person interested in puzzle games to play this, but if I'm not (and you're inclined to using a whitelisted and platinum rated Proton game): Do it.

Now I'm back to the good side (native) and play the recently released point and click Guard Duty. I wouldn't rate it a great game, but I'm interested in what lies ahead in act II.

View PC info
I decided to give Pathfinder Kingmaker a pause after >150 hours, because it's so incredibly big that there is no chance to finish it anytime soon. It has very bright sides and some questionable design decisions, but was totally worth playing!
I'm now playing The long journey home on Proton. It really reminds me of one of my all time favourite games: Starflight from 1986, that I played on Amiga around 1991..

View PC info
I ticked 2064: Read Only Memories off my backlog and while it's a good game with a lot of strengths, there are a few things that didn't really appeal to me. The linearity of it for one. I got the strong impression that my character was merely along for the ride while everyone else did all the heavy lifting in the story. That led me to feel like every time someone called me a good friend or said I played a big role, it was a hollow sentiment. Then there were two of the mandatory mini-games, neither of which were very clear about their mechanics, and I managed to make it through almost entirely via luck. The last thing was the ending, which seemed way too utopian, given the underlying darker tone of a good deal of the story. Things just work out too easily for me to really buy it.

That said, I loved the music, the characters, the voiceover, the aesthetic and about 90% of the story itself. So it was worth playing. I just wouldn't do it a second time, is all.
1 Likes, Who?

View PC info
After a disappointing time with The Witcher 3, I got completely sucked into Two Worlds. There's a beta branch available for the Linux WINE-wrapped release and it works great. The game itself though is broken by design on almost every level, yet the most fun I've had in months.

View PC info
I'm playing Mad Max not a bad game but after playing other (native and proton) open world games, is kind of missing some features like more polished melee combat and the world seems rather dull because there is lots of deserts and not that much to do.

It definitely is a step down from other games like Just cause 4 or Arkham series, or even the Withcher were your character has lots of special powers, Mad Max seems like a normal dude with no special abilities whatsoever.

Don't get me wrong it's a fine AAA open world game but not at the same level of the Just Cause series or Arkham series.

And I have recently gone back to Crusader Kings 2. I think I'll do a super-religious France roleplay run and maybe get a few achievements.
0 Likes

And I have recently gone back to Crusader Kings 2. I think I'll do a super-religious France roleplay run and maybe get a few achievements.

Pillars of Eternity is a fantastic game very close to the classic Baldur's Gate games.
Yet, way(!) too much text for me, much more than BG1+2 had.
2 Likes, Who?


Last edited by iwantlinuxgames on 12 October 2019 at 8:06 pm UTC
0 Likes
1/9»
While you're here, please consider supporting GamingOnLinux on: